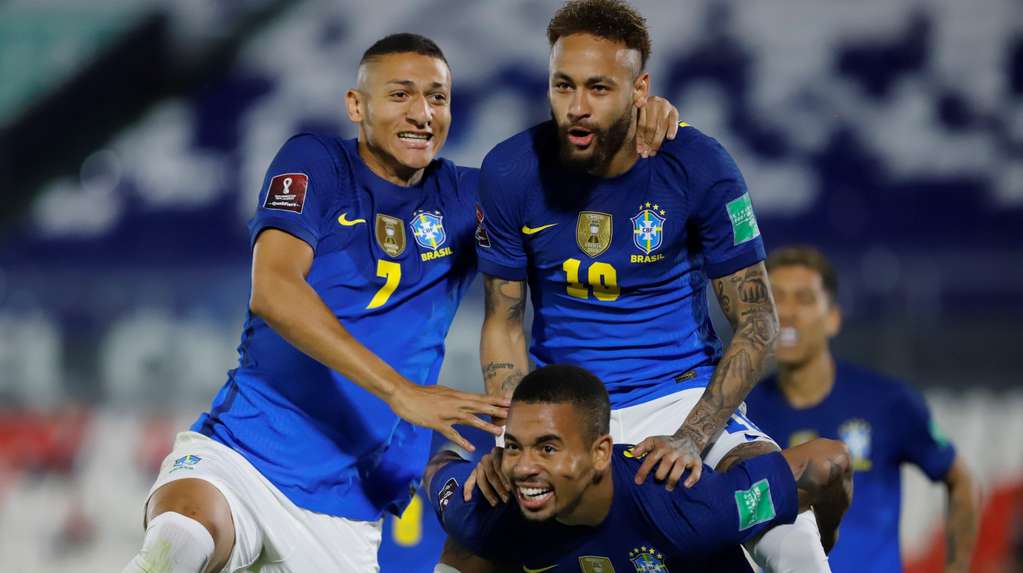 The players of the Brazil’s selection, that on Monday they ratified their perfect pass through the Playoffs with the victory against Paraguay, they were against the organization of the America’s Cup 2021 in his country, hard hit by the pandemic, although They assured that they will contest the championship which will start next Sunday.

“We have a mission to fulfill the historic ‘verdeamarela’ shirt, five times world champion. We are against the organization of the Copa América, but we will never say no to the Brazilian team “, they said in a statement published on their social networks after the 2-0 victory against Paraguay in Asunción, on a new date of the Qualifiers.

The campus of the Selection made it clear that They did not like the way Conmebol managed the organization of the Copa América 2021 after the exits of Argentina and Colombia, original venues of the tournament.

“For various reasons, both humanitarian and professional, we are dissatisfied with the conduct of the Copa América by Conmebol, regardless of whether Chile was belatedly assigned as headquarters or even Brazil ”, they added, referring to when the trans-Andean country sounded like a replacement for the Argentines and Colombians.

The declaration of the players of the Brazilian team culminates a tense week of the team off the courts.

// Brazil has the Copa América in suspense: “Everyone knows what we think, on Tuesday we will talk”

The designation of Brazil as the headquarters on Monday of last week, with the backing of the government of the far-right Jair Bolsonaro, caused a cascade of criticism for the serious health situation of the Latin American giant, the second country with the most deaths (more than 474,000), surpassed only by the United States.

Local media assured that the players, backed by the technical commission, had expressed to the president of the Brazilian Football Confederation, Rogerio Caboclo, in charge of logistics, their discomfort at having learned of the appointment through the press.

The journalistic versions pointed out that the players considered not contesting the event and would have even contacted the leaders of other teams to reach a consensus.

President of the Brazilian Football Confederation, Rogerio Caboclo, would have been upset with the players and with Tite, whose continuity was questioned, which caused a crisis in the ‘Canarinha’.

“I am not a hypocrite, I am not aligned and I know that things happen. My priority is my work and the dignity of my work, “said the DT at a press conference.

The future of the convulsed Copa América in Brazil will be defined on Thursday, when the Supreme Court decides on two legal actions against the holding of the oldest national team championship in the world.

A survey conducted by the Public Opinion Studies Program of the Inter-American Open University (UAI) to 700 people from the AMBA it gave interesting data: 72.8% disagreed with its being carried out, while 27.2% approved it. But not only that, half of those surveyed (52.5%) believe that the development of the tournament will increase the cases in Brazil, 39.2% believe that infections will remain the same and 8.3% say that for that instance will go down.

67.4% of those surveyed do not believe that the region is in an optimal situation to be played with the public, as can already be seen in some European countries and in the US 28.7% do. public in stadiums.