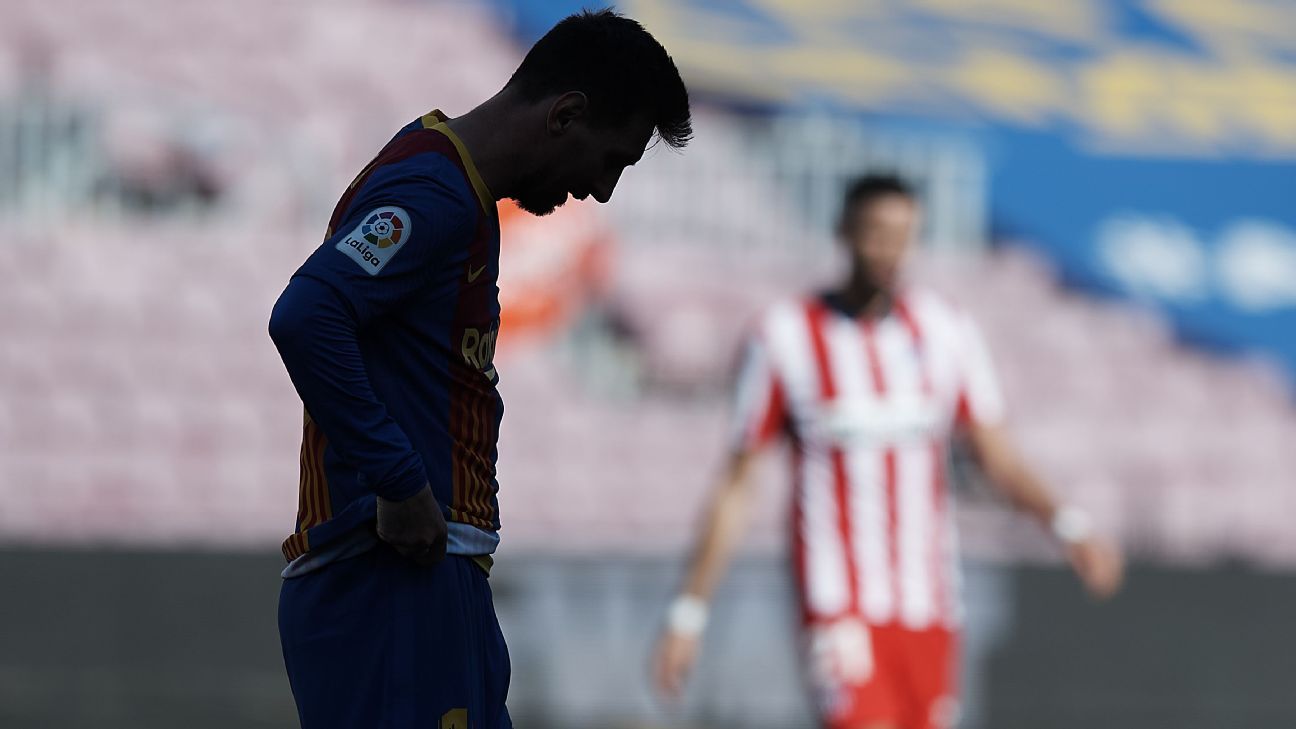 BARCELONA – Barcelona and Lionel Messi, their advisers with his father Jorge at the helm, are working to close the agreement between the two parties that will confirm the continuity of the Argentine star in the Barça club with a contract for the next five seasons and that from Barça it is considered settled since Monday night, although sources close to the player warned ESPN Digital that “there are still things to be done.”

The information, which was repeated in the last hours, gave account of an imminent official announcement, this same week, that from the surroundings of Messi they rushed to quarantine. “Talking about an announcement this week is hasty right now because there is nothing planned,” revealed the same sources, taking into account that all the details of a very laborious contract between the lawyers of the player and the Barça club in which it is It has been working since the main lines of the new agreement were established at the beginning of June, as ESPN Digital advanced at the time.

The new agreement between the Argentine footballer and Barça will establish a very tight record in his first season, about 20 million euros, which will increase ostensibly in his second year to gradually reduce in the next three, either as a club player. Barça until 2026 or as an ambassador if he maintains his intention to end his MLS career. At the moment at the Camp Nou the contract to be presented in LaLiga has already been drawn up, with the confidence of obtaining the approval of the employer, weeks after its president Javier Tebas clarified that there would be no deal in favor of the club.

The delay in the official announcement of Messi’s continuity could be due, in addition to waiting for the final agreement between the lawyers of both parties, to this need that Barcelona has to dramatically reduce its salary mass and in which the club continues to work, a Once the exits of several players have been consummated.

The Barça entity must register, in addition to Messi, Memphis Depay, Eric García, Emerson and Sergio Agüero and before that it must solve this reduction with the names of Samuel Umtiti, Miralem Pjanic and Philippe Coutinho in the foreground, in addition to Martin Braithwaite and who could be joined, and even overtaken, Antoine Griezmann, who, as ESPN reported, could return to Atlético de Madrid in an exchange operation that has yet to be finalized.

CONVENIENCE IN THE CLUB
Within Barcelona, ​​the tranquility regarding Leo’s future, which Ronald Koeman repeated last week is “providential”, has remained intact since the arrival of Joan Laporta to the presidency. The leader insisted in all his public statements that the Argentine “wants to continue”, supported by the message that the footballer himself transmitted to him in the first person more than a month ago.

Messi, understanding the difficult economic situation that the club is going through, agreed from the first moment to reduce his salary, leaving in the hands of his advisers, with his father at the helm, and those of Barcelona himself the preparation of a long-term contract ( five years) with, always, the option of being able to reduce it if it was considered so from the second season but ensuring the full payment of the agreed upon.

At Barça it is argued that Leo continues to be without discussion the differential footballer, as he has shown without going any further during the recent Copa América dispute and the palpable option is contemplated that, supported by the medium-term sports project in which Joan Laporta’s board of directors continues to work and decides to remain in the team for the entire duration of his contract to retire dressed as a Barça player at the age of 39.