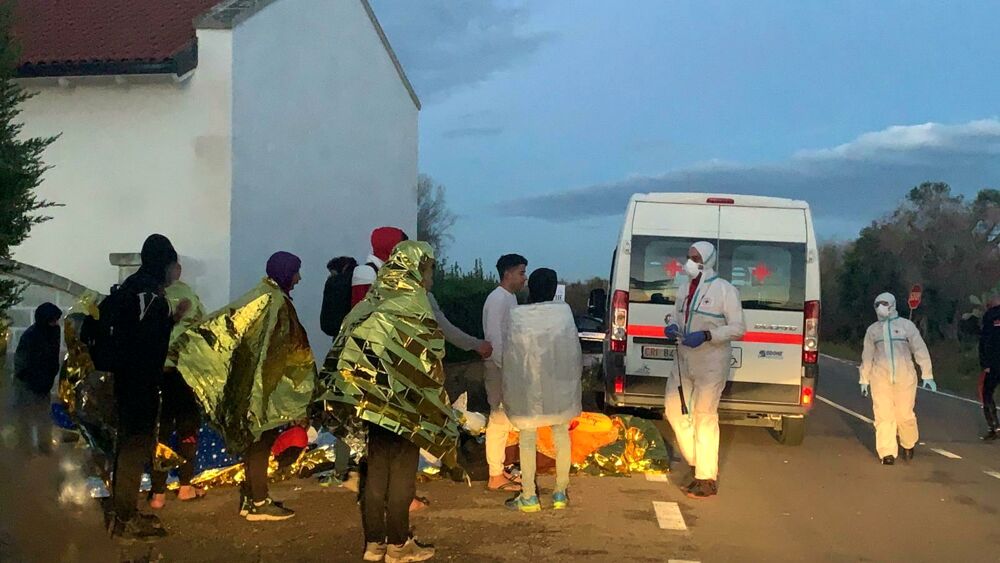 the offensive starting from Lecce

One of the largest operations against human traffickers is currently underway in Italy, Greece and Albania. At least forty subjects on which the investigations started from Lecce focused, through the Gico (Investigation Group on Organized Crime) of the financial police and continued in close collaboration with the Greek and Albanian police forces, under the coordination of the Directorate Salento anti-mafia district. And the investigation also affects the Brindisi area. Investigators have reconstructed the dynamics of a landing in Campo di Mare on 29 September 2020, with forty-seven migrants from Albania. Thirty episodes on which the investigators focused. A huge turnover, worth millions of euros. A network made up of a large group of associates, including a small army of supporters and, above all, smugglers.

The details of the investigation

The one that the financiers of the Gico di Lecce have vanquished, with the support of the Scico of Rome and the coordination of the Salento anti-mafia district directorate (and the participation of Aisi, the Italian secret service), is probably one of the most dense and powerful networks of traffickers of human lives on whom the eye of an investigator has never rested. To thoroughly investigate what is defined as a real criminal association aimed at clandestine immigration (with the aggravating circumstance of the transnational crime), it is assumed that there have also been infiltrated men. Thus exposing a network so structured that it leaves nothing to chance. In fact, everything was organized in detail, from sea transfers from the Turkish, Greek or Albanian coasts to the coasts of southern Italy (especially those of the province of Lecce, but also of Brindisi and Calabria), up to the final destinations dreamed of by most part of the migrants, here only passing through. In particular: Germany, Austria, Belgium, Great Britain, the Netherlands.

The journalistic investigation that “anticipated” the investigators

Today’s operation (Wednesday 19 January), renamed “Astrolabe” (from the ancient instrument that was used to easily perform complex astronomical calculations), was attended by over eighty soldiers from the Lecce Provincial Command of the Financial Police and the Scico (Central Service organized crime investigation in Rome), in synergy with the Greek and Albanian police forces and with Europol mobile units, coordinated by Eurojust (Netherlands). All this, under the guidance of the National Anti-Mafia Directorate and the Lecce District Anti-Mafia Directorate. In short, nothing would have been possible without the formation of a joint investigation team that includes the judiciary and financiers from Lecce and Greek and Albanian counterparts, including the immigration division of the Attica police and the Tirana police. So much so that in the offensive launched at dawn today, out of forty-seven arrests (for fifty-two total suspects), twenty-two were carried out in Italy and twenty-five in Albania, while in Greece two searches were carried out in “agencies”. A real pincer.