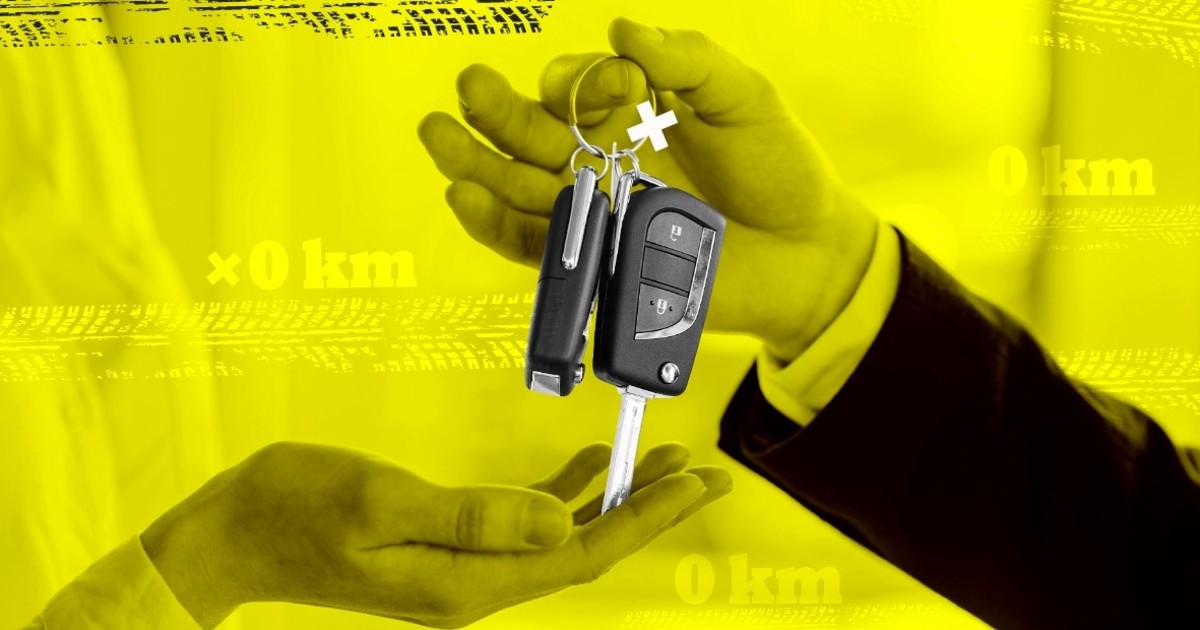 The odyssey of buying a 0 km car in Argentina: overprices, shortages and delays

Buying a 0 km vehicle has become a true odyssey in Argentina. The sustained increase in prices, the scarcity of models that generate extraordinary payments and the waits that some users suffer have created a unique ecosystem in the world.

While in normal markets tools such as financing or leasing are the usual instruments to get to a new car, in ours a system similar to that of an auction emerged recently, where, at times, the one who pays the most is the one who takes the unit.

It is that in Argentina the most common way to acquire an expensive good such as a car is in cash: 6 out of 10 operations are cash and of the rest, more than half of the patents are taken by the savings plan, an alternative that is sustained over time despite the controversies it generates.

The interest of the public and the scarcity of models means that the offer cannot satisfy the demand. Photo:José Gutierrezi/ Los Andes

The official price lists that the brands spread in many cases are obsolete compared to reality. On the one hand, these references are deliberately stopped so as not to break thresholds that generate more taxes, but, on the other, reflect a value that does not exist.

In the middle are the users who pay more and more expensive vehicles, with conditions that are not seen in other markets in the region and with a scarce supply in which not only the color or version cannot be chosen, but many times You can’t choose the model.

Until March 2020, the commercial reality of the sector was very different from the current one. At that time, sales were falling month after month and dealers and factories were full of units. In fact, to tempt potential buyers, a little over two years ago there were discounts and bonuses up to 30%.

But the coronavirus pandemic arrived, the country’s economic problems deepened, the restriction to access the dollar increased, imports began to slow down and the market changed completely.

What used to be discounts began to be overprices, since the lack of some models was beginning to be felt, a situation that was going to deepen over the months.

What didn’t stop was the price increase in the 0 km models. For two years, the monthly increase in the value of new vehicles has averaged above 4% and the year-on-year comparison reached 68.6% in April, with small cars being the ones that have increased the most (70%). These rises are above inflation in the same period (58%).

And although today there is a faster availability of national production models, the truth is that factories also choose to prioritize exports, which in turn allows them to generate dollars that enable them to bring imported parts that are necessary for the manufacture of vehicles.

Taxes and prices that are not real

The other big impact that car values ​​have in Argentina is dictated by taxes. In our country, the final price that the consumer pays for his vehicle 0 km can have a tax burden of up to 54%.

But that portion can grow even more depending on the origin, the segment and the value it has when it leaves the factory. Depending on that price, the vehicle in question receives or not the internal tax known as “luxury tax”.

This tax is applied before other taxes and has two scales of application. As of the latest update, effective June 1, 2022, the first stop is $4,300,000 list price. From that range, the rate is 20%, which has an impact of 25% on the final value of the model.

This levy has been transformed into a great price distorter in recent years, since despite having been born as a tax for luxury models (in the 90s it was for cars over 60,000 dollars and with a rate of 11%) today it impacts mid-range versions and in domestically produced vehicles.

The internal tax is also a source of confusion, since so that prices do not shoot up even more as a result of the tax, the car companies set ceilings for the values ​​that appear in their price lists. 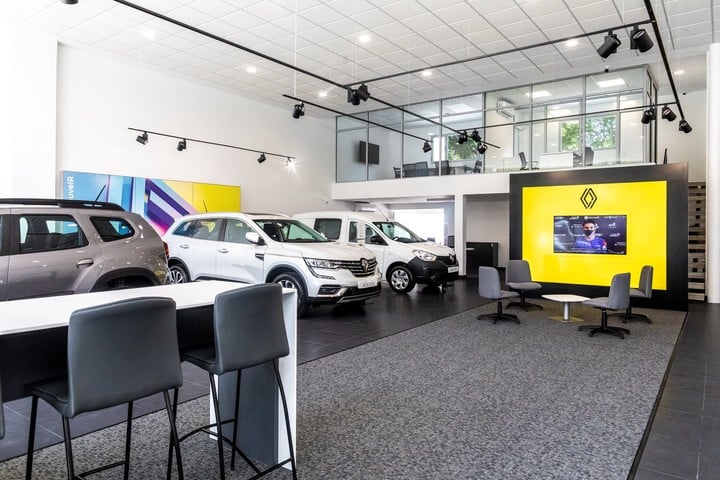 In the sales rooms there are units, but that does not always mean that there is availability.

That is why it is common to find versions with intermediate and full equipment, with a manual or automatic gearbox and with a gasoline or diesel engine at the same price, something totally unrealistic in practice. The reality is seen at the dealership.

Surcharges and no reference

Visiting dealerships to find out prices and availability today generates a range of options never seen before. Due to the situation of restrictions on imports, the only thing that is achieved is national production and if there is something imported, you have to be willing to pay much more.

In Chevrolet agencies, for example, for a Cruze that is manufactured in the country they ask for up to $5,500,000 in its RS version, the last one to be presented in the country, when its list price is $3,726,900. This last one is an unreal value, since all the versions of the range are fixed at that price to avoid the luxury tax being applied.

For an SUV like the Tracker, which is imported from Brazil, the gaps are similar (up to $5,564,000 for an LTZ version) with the paradox that the list prices are identical to those of the Cruze: $3,726,900. Here the big difference is availability: 120 days of waiting. 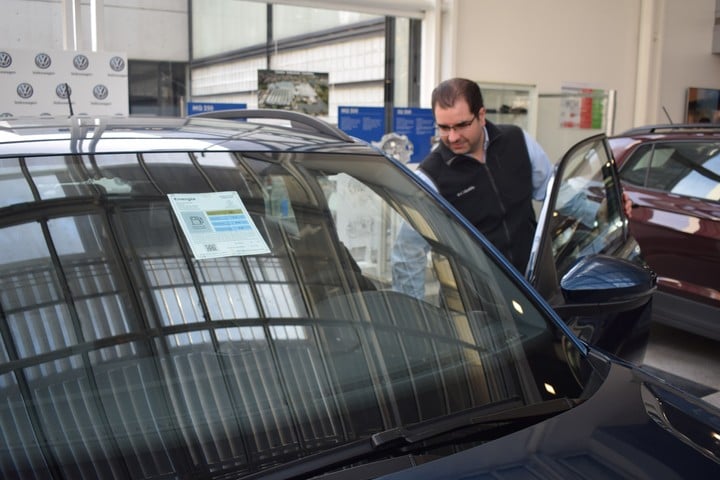 Today there is no price reference and there may be a lot of price disparity with some models.

At Citroën dealers, a C4 Cactus is offered for $5,241,000, when its list price is $3,641,200. And in this case there is also an expression on the part of the seller that is repeated a lot in models like this one that arrive imported: “it is the last unit available”.

See also  RUMOR on PlayStation: a date for the next event, with announcements for big titles and PSVR 2!

The Fiat Pulse (manufactured in Brazil) is a model that has just been presented in our market and it is one of the most important launches of the year. That is why in many dealerships of the brand the model is “already sold out” and in which it is available, they ask up to $4,500,000 for the entry-level version (Drive 1.3 MT), when its list value indicates $3,310,000. .

On the other hand, for the Cronos, which is produced in Córdoba and heads the ranking of the best-selling cars in the country, the prices are very similar to the official list. The only peculiarity is that most offer the new HGT version, the last one presented on the market.

In the Ford showrooms there is good availability of the Ranger pickup, also manufactured in the country, and the values ​​​​that are achieved are between 150,000 and 400,000 pesos more than what appears in the brand’s price lists.

But if you ask about the Maverick pickup, which arrives from Mexico, there is no availability to buy it in a “traditional” way and the only option that appears is the savings plan.

The best-selling SUV on the market, the Jeep Renegade, is imported from Brazil and therefore its availability is fluctuating. Currently, for example, it is very difficult to find the most accessible versions (Sport) and only the Anniversary is available at $6,572,000, when its official value is $5,258,000.

At Nissan, immediate delivery is offered mainly for the most equipped versions, but with differences from the official list. For example, a Kicks Exclusive CVT is available at $6,917,000 (against $5,669,100). For that same value you can buy a Sentra Exclusive CVT ($6,197,000 list). In this case, both models are imported from Brazil and Mexico respectively. 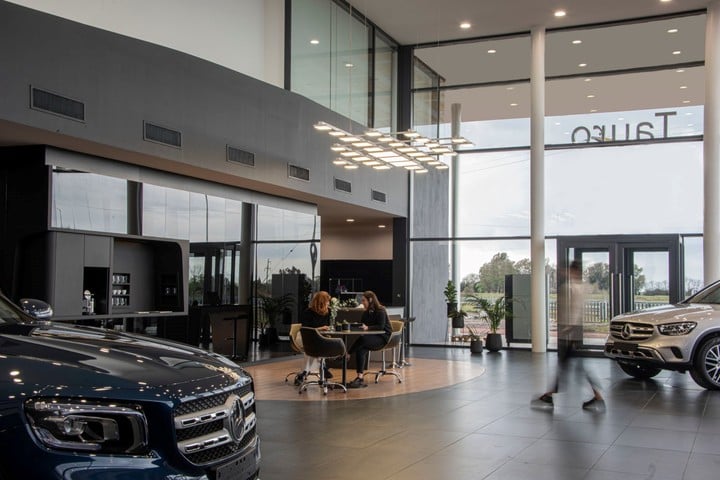 Peugeot dealers have immediate delivery for versions of the 208, the model that the French brand produces in El Palomar, but with marked premiums compared to a “top” list: the Allure AT and Feline AT versions that both appear at $ 3,641,200 they are available at $4,600,000 and $5,200,000 respectively.

At Renault the situation is similar. That is to say, the national production is available with immediate delivery and with surcharges: for a Kangoo Zen, manufactured in Córdoba, they ask for $4,247,000, when its reference value is $3,726,100. But if you ask about a Duster SUV (arrives from Colombia) the answer is blunt: “There is not”.

The case of Toyota is quite particular, since it is the only brand in which the official dealers respect the list prices. But with few exceptions there is no immediate delivery. And in case a unit is designated, the value it has at the time of delivery will be paid.

For example, for a Corolla XLi MT, which arrives imported from Brazil and costs $3,770,000 today, you have to wait a month at a Buenos Aires dealer and add between 3% and 5% that can increase in the price list. of the following month.

The striking case on the part of the Japanese brand occurs with the Hilux pickup, since today there are official agencies without the possibility of closing operations in two months, not counting the waiting time to receive the unit. Yes, options are offered through savings plans already closed but with a four-month wait.

The paradox is that the Toyota truck is the model that produces the most units in the entire national industry, but it is also the one that is exported the most.

In the case of brands that only offer models that currently matter, it is uneven according to the stock of each dealer but always with a premium. For example, in a KIA agency you can find the brand’s latest launch, the Carnival, at a price of US$89,000, when the list price is US$78,000.

At a Mercedes-Benz dealership, however, the GLB SUV is currently not available. Even so, the agency’s price, subject to changes, is higher than the list price: US$59,500 against US$65,500. It is worth clarifying that in these cases a dollar “bill” is taken, even though the operation is later declared in pesos.

Another complex situation is experienced by those who subscribed to a savings plan or, even worse, those who have already been awarded the model, since there are severe delays in vehicle deliveries.

More than two years ago, when there were promotions for the purchase of 0 km, plan subscribers suffered when they saw how these discounts were not applied to their monthly installments, since that value is tied to the list price. And now, the savings plan has become an alternative, to avoid overpricing by bidding in early installments.

But the truth is that this maneuver, added to the scarcity of models, causes unusual waits to be generated in the delivery of the units. Like the case of Estanislao, who subscribed to a plan in February of last year, he was awarded in June and is still waiting for his vehicle.

The worst thing about this scenario is that at the moment it does not seem that it will change much. The shortage of models will continue to exist in the short term and so will all the problems that this brings.