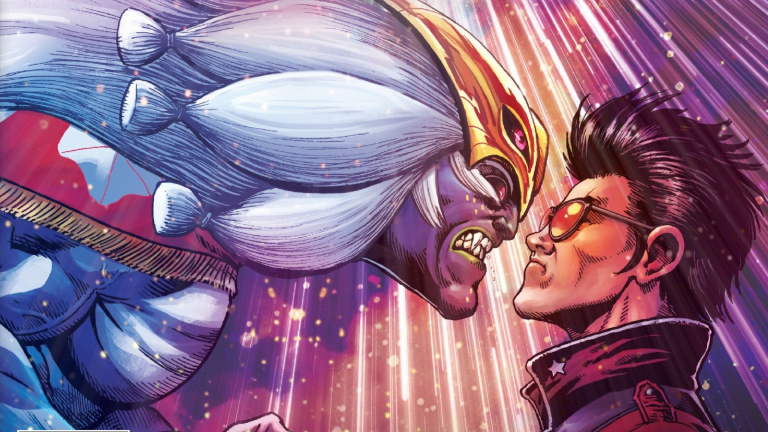 The Nintendo Switch loses one of its exclusives with these PS5, Xbox and PC editions

Game News The Nintendo Switch loses one of its exclusives with these PS5, Xbox and PC editions

Nintendo’s flagship console is set to lose one of its latest exclusives with the announcement of No More Heroes 3 on PS5, PS4, Xbox and PC via Steam and the Microsoft Store. The title of Grasshopper Manufacture, directed by Suda51, marks the end clap for the irreverent assassin Travis Touchdown.

three small turns and then go away

No More Heroes is in more ways than one a singular video game licence. Both a real beat’em all barred and a total parody of the medium, the saga created by the famous Suda51 has made an impression on the minds of many players, For better or for worse.

Originally, the first opus tells the story of Travis Touchdown, a lazy otaku who wins a “beam katana”, a sort of lightsaber, at an online auction. Completely ruined, he decides to make some money by embarking on the art of assassination and then begins his crazy adventures, between epic confrontations and moments of total absurdity.

No More Heroes is a rather divisive license on the critics’ side, but remains an original video game object due to its ubiquitous humor and its multiple references to video games and cinema. The protagonist, a kind of stupid and endearing anti-hero, is one of the real strengths of the saga. With No More Heroes 3, Travis Touchdown offers himself one last last stand before giving up his arms for good.Released for the first time in August 2021 on Nintendo Switch, this third opus offers the luxury of a multi-platform port on Playstation, Xbox and PC.

Not really well received by critics, No More Heroes 3 will come out one last time on the platforms mentioned above. Scheduled for the end of 2022, this release will be in the form of two editions including a physical one which will include a 70-page artbook, a CD containing the titles of the soundtrack as well as a license plate straight from Santa Destroy, the town of Travis. Everything is included in a box illustrated by Yūsuke Kozaki, the character designer of the saga.

On the new side in-gamewe note the arrival of improved graphics, a better frame rate as well as faster loading times. To afford this day one edition, you will normally have to pay €59.99. Pre-orders are not yet open, and the release date has yet to be specified.

See also  What does it run.. Requirements to run Grand Theft Auto 5 on the computer - your news now