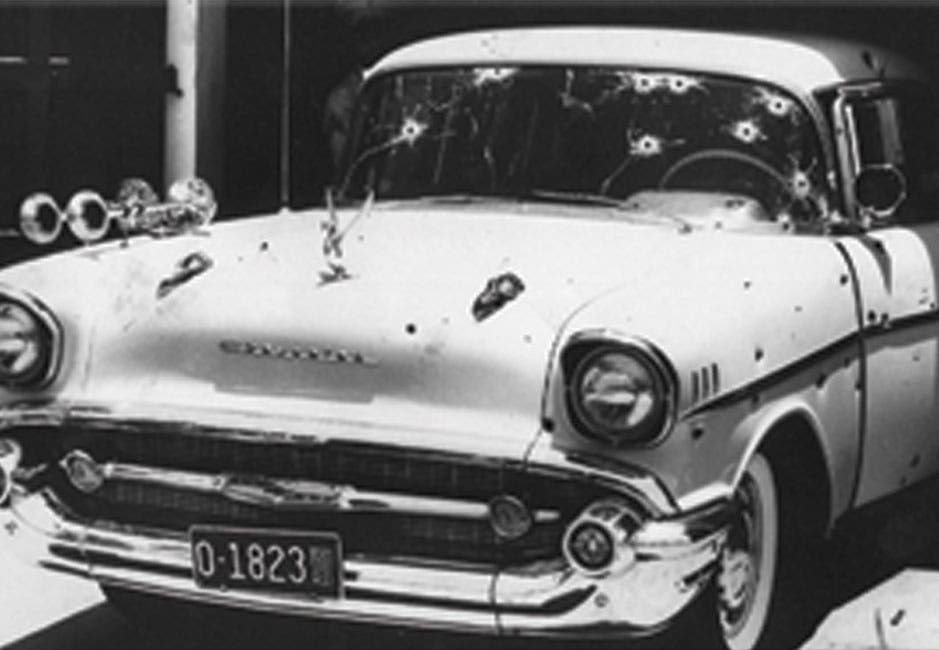 The night Trujillo was killed they put him in a trunk

Before die the general for life Antonio Imbert Barrera revealed how it was given death of the president and dictator Rafael L. Trujillo Molina in a story that made the outstanding periodista Huchi Lora. Imbert told the journalist how what some call “Execution” and others “Assassination” of a man who controlled the destiny of an entire nation for at least 30 years, not counting the vestiges of his dictatorship that prevailed after his death.

According to Imbert Barrera, several scenarios were not considered to kill Trujillo. The group directly decided that they should kill him on the road from Santo Domingo to San Cristóbal. That night six men set out to directly execute the plan to assassinate the tyrant, as Imbert Barrera recalls, although history recognizes a group of eleven participants.

It was May 30, 1961, 61 years ago, eleven men had conspired to kill the tyrant, but Imbert Barrera only remembered six who directly participated in Trujillo’s assassination that night.

It all started with the call from Lieutenant Amado García, who reported that the president had left the presidential house alone with his driver, in a light blue Chevrolet Bellair and had no escort. At that moment, two vehicles, Imbert recalls, set off to intercept him at a point on George Washington Avenue (the Malecón in Santo Domingo). One was the one he was leading and following Trujillo while others were waiting at a further point on the president’s route for something to go wrong.

The chosen point was the section of the road beyond the Livestock Fair, in an east-west direction (near where the Universidad del Caribe is today), one of the darkest on that highway, according to the officer.

At that point, Imbert recalls, “every time they killed one at night,” pointing out that several vehicles passed by the scene at the time of the incident without stopping to see what was happening.

There were two vehicles in which the six men Antonio Imbert Barrera remembered were transported. In one of them were Pedro Livio Cedeño, Salvador Estrella and Huascar Tejeda, while in the other he (Antonio Imbert), Antonio de la Maza and Lieutenant Amado García were.

Around 9:45 at night, Imbert Barrera was driving the car that overtook the “Boss” and it was Antonio de la Maza and Amado García who opened fire when they found themselves parallel to the dictator’s vehicle.

After the first burst of shots, Trujillo and his driver, Zacharias of the Crosswho survived the incident after being left abandoned with seven shots fired by the attackers, hit their vehicle against the sidewalk and decided to respond to the attack, so they got out of the car to face their executioners, who turned around and were now front.

The first minutes of the confrontation were intense and then gave way to the calm that Imbert and his namesake de la Maza took advantage of to intercept Trujillo who took cover behind his vehicle and was wounded by Imbert and finished off by Antonio de la Maza.

Dr. Abel González, who prepared Trujillo’s body, said that the dictator received a total of five bullet wounds, one in the chin; two at heart level; one with an entry hole on the wrist and an exit hole on the elbow and another on the left side.

Imbert Barrera also said that the occupants of the other vehicle, hearing the shots, came to support them, arriving moments after the shooting, but “Trujillo had already died.” Imbert also said that in the confusion Pedro Livio and Salvador Estrella opened fire on each other, resulting in the first being wounded.

After Trujillo’s death, his body was placed in the trunk of one of the vehicles in which the group was traveling, while another was left abandoned at the scene. Then they arrived at the house of military officer Juan Tomás Díaz Quesada. Imbert only said that they took the body and left it in the trunk of a car in a garage without specifying further details.