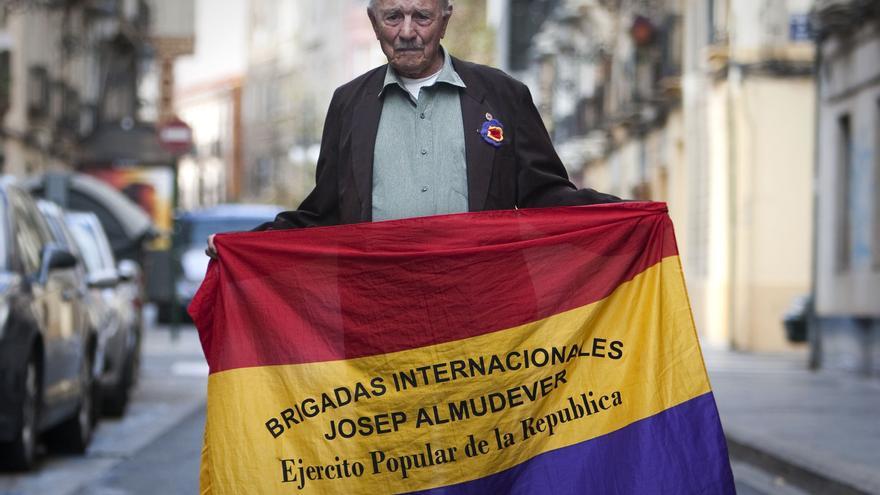 There are lives that deserve to be remembered. Ideal for which a person leaves a mark. And without a doubt that of Josep Almudéver it is. The death of the last international brigadista on May 23 at the age of 101 has not gone unnoticed and the The New York Times has thrown its memory.

The prestigious American newspaper joined the mourning for the loss of Almudéver. Both in its digital and paper editions, the newspaper He dedicated an extensive article to remember the figure of the last brigadista. The journalist Raphael Minder reviewed the life of the one who had become a benchmark in the fight against Fascism during the Civil War. “He was a volunteer to fight in the Spanish Civil War believing that they could stop Fascism,” the article picks up while explaining that the young man had to lie about his age in order to enlist in the Republican army.

Clipping from article published by the New York Times

The New York newspaper delves into the biography of the Valencian and collects Almudéver’s latest statements in which he acknowledged that he still had shrapnel in his leg and in which he claimed that the Republic lost the war due to lack of support from other nations and due to the “stabbing “of the French government itself.

The editors illustrated the article on paper with a photo of the last brigadista with the president of the Generalitat Valenciana, Ximo Puig, while receiving the high distinction that the Consell awarded him.