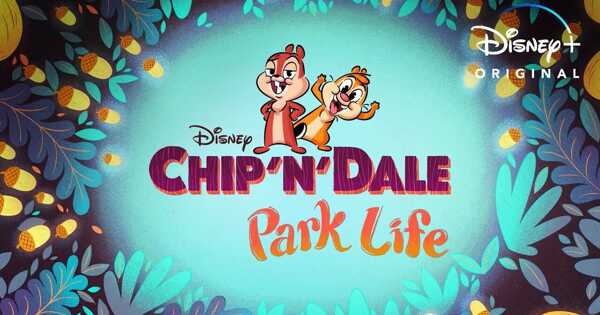 The Walt Disney Company has published a teaser for the updated animated series “Chip and Dale”, which is memorable for all children of the nineties in the post-Soviet space. The cartoon about the gay life of two chipmunks in a city park was made by the French studio Xilam Animation. The premiere is set for July 28 at the Disney + online cinema. The new version of the cartoon caused a lively discussion on social networks. Rambler has collected a variety of opinions. The spelling and punctuation of the authors are preserved.

The series “Chip and Dale Rushing to the Rescue” with a recognizable splash screen at one time became a real TV hit in Russia and other CIS countries. And at the same time he gave the boys and girls the first object of universal adoration – the mouse Gadget, a smart blonde in a jumpsuit, the subject of platonic feelings of both rescuers. Actually, on the Web you can still find communities dedicated to this character. By the way, her name in the original sounds like Gadget Hackwrench, literally translated “Tool Wrench”.

The new cartoon unpleasantly surprised the grown-up fans of “Rescuers”. Not only the images of the main characters were criticized, but also the style of the cartoon itself. The absence of other original characters from the 1989 cartoon was also condemned.

Emil Minshakirov: “Thank you for the destroyed childhood! Some kind of Happy Tree Friends turned out. “

Ruslan Kandabarov: “In short, I suggest you play the original video on YouTube so that you know how to spoil your childhood!”

Alexander Dobrolyubov: “Previously, they were tough guys, ready to save and help everyone, everyone and everything, but judging by the video, they turned stupidly into mindless chipmunks? Great plan! Obviously not for those who have watched it before. “

Danil Kozyr: “Femka Gadget, grafon pluck out your eye, my children will definitely not look like this, I’d rather turn on the good old CiDs.”

Dredd Judge: “Just awful. How can you kill the original painting with this disgrace? “

Konstantin Pogodaev: “I honestly tried to watch this video without bias. I even tried to look a second time, but could not. Say whatever you want, but it’s not Chip or Dale. It’s not even Disney. Just random chipmunks from the Nickelodeon Channel. Serial dregs with flickering pictures ”.

Ivan Maksimov: “Clear, understandable. Another nail in the lid of the coffin of childhood. Although the cartoon, for sure, is not designed for nostalgic grandfathers, but for today’s little ones. “

Valery Gaiduchenok: “Why do I see two Scratches? Where are Chip and Dale? And why did Gadget become a fem chipmunk? “

Alexey Kovalenko: “How could you disfigure your favorite heroes in the age of modern technology? !!!”

However, the new “Chip and Dale” is not a restart of “Rescuers”, but the original series of the middle of the last century. There, the chipmunks were constant antagonists of the dog Pluto and Donald Duck. However, these cartoons have not gained much popularity in Russia, and many do not even know about them. This circumstance was pointed out by the defenders of the new series.

Alexander Grinblat: “It’s not Chip and Dale rushing to help, but about the same thing as before, when they were not yet rescuers, but ordinary chipmunks, straining the main Disney characters.”

Klim Kovrigin: “Chip and Dale were originally raging chipmunks. I advise you to get acquainted with something other than a cartoon about rescuers. “

Alexey Drogonov: “Howling newfagos who never saw the original Chip and Dale … It’s good that in 1989, when the Rescuers came out, the Internet was not so developed, otherwise the Rescuers would have been eaten with g *****.”

Alexey Drogonov: “What does the rescuers have to do with it? They are wild animals here, they live in the park, they added one or two new characters. What’s the problem? “

Artyom Kurilo: “Well, let’s not hate and let’s start with the fact that it’s Chip and Dale just, and not Chip and Dale rushing to help, these are different cartoons, so there is still hope, and this, this is a spinnof.”

Maxim Oshlakov: “People, well, good! Nobody touches our childhood. And this new cartoon is not for us (haha, like you would have watched Chip and Dale right now … at your age), but for a new audience. Our cartoons remained in childhood. “