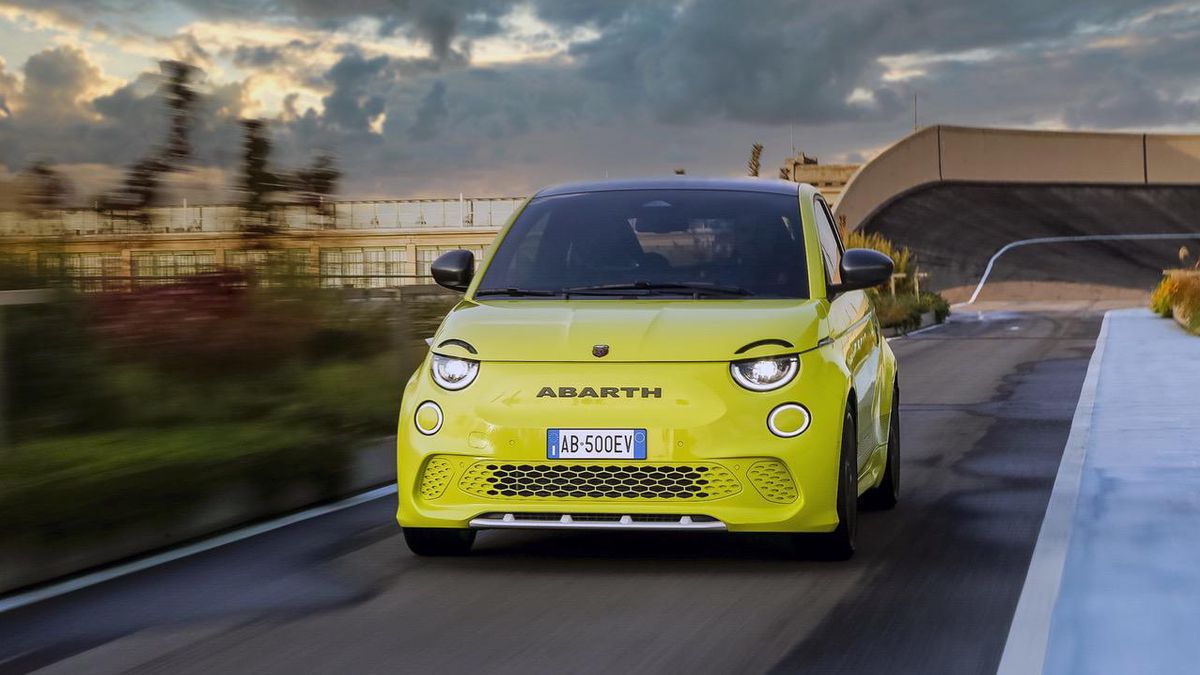 The new Fiat 500e has muscle and more power

Abarth 500e: The Electro-Cinquecento comes across rather nasty

The Fiat 500e gets good marks everywhere – now the model student also gets muscle and a dirty look.

Roaring engines, screeching tires, high pulse: Abarth stands for desire and passion. But while the sting of the Scorpion in the brand logo has always been soaked in Super Plus, there’s now an electric jolt when the Abarth 500e hits the road in spring. Available as a closed model and as a convertible, the electric whirlwind is initially available in a particularly well-equipped launch edition, for which the Swiss prices are not yet known.

In addition to a gym-like design, a nasty headlight design and seats with more lateral support, the Abarth offers more power under the hood. Because where the previous limit was 87 kW/118 hp, Abarth gave the 500 a peak of 113 kW/154 hp and increased the maximum torque to 235 Nm. In the city it is faster than any combustion engine and with a sprint value of seven seconds it takes two full seconds from the good 500e of the parent brand to 100 km/h. But you shouldn’t do this too often if you want to get the standard range of more than 300 kilometers from the 42 kWh battery. And with a maximum of 85 kW, charging is only limited fun.

No beeping and buzzing

By the way, Abarth worked not only on the drive and appearance, but also on the sound. For brand boss Olivier Francois, an iconic sound is firmly anchored in the DNA of the dynamics. That’s why there are no sober beeps or drones for the official warning tones, but passionate guitar riffs. And if that’s not enough, you can order a sound generator and indulge yourself in blissful memories of the past with the artificial roar of hot petrol engines.

Francois also tries to do this when he wants to explain the change to the new world. Because everything that has driven Abarth since the founding days is the pursuit of more performance – and the switch to e-mobility fulfills this more than ever. “The 500e has better handling, accelerates better and is more fun. In short, it’s more Abarth than ever.” And if you don’t believe him, Francois sends him to the circuit on the test site in Balocco: there the electric whirlwind takes a smooth second per lap from the previous top model 695.