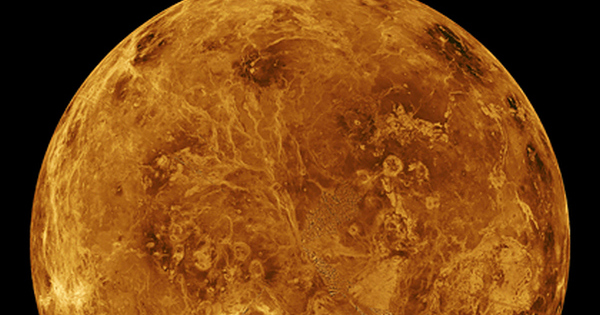 Active volcanoes may be the source of the abnormal amounts of phosphine found in the atmosphere of Venus. This is reported in an article published in the journal PNAS. Briefly about the research is the Science Alert edition.

On Earth, along with living organisms, one of the sources of phosphine is volcanic activity. Scientists who discovered an excess amount of phosphine in the atmosphere of Venus ruled out this option, explaining that the number of active volcanoes on Venus is insufficient. Thus, it has been suggested that the mysterious phosphine may be a sign of life. However, more recent research has shown that Venus may actually be more volcanically active than previously thought.

Scientists at Cornell University in the United States have carefully studied the available information and concluded that explosive volcanic eruptions could cause the observed abundance of phosphine. Experts have analyzed data indicating active volcanism of Venus in the present and recent past. The researchers also used information about the formation of gaseous phosphine to determine if phosphide could escape from the depths of the Venusian mantle and be converted to phosphine.

On Earth, phosphorus contained in iron compounds can be converted to gaseous phosphine through reactions with hydrochloric acid, and phosphide-rich magma is found in the planet’s mantle. Scientists have found that when released into the atmosphere as a result of explosive volcanism, phosphide from magma can be converted to phosphine by interacting with sulfuric acid in the atmosphere of Venus.

According to scientists, if phosphine is actually present in the gas envelope of Venus, this may indicate that Venus is experiencing an era of active plume volcanism.