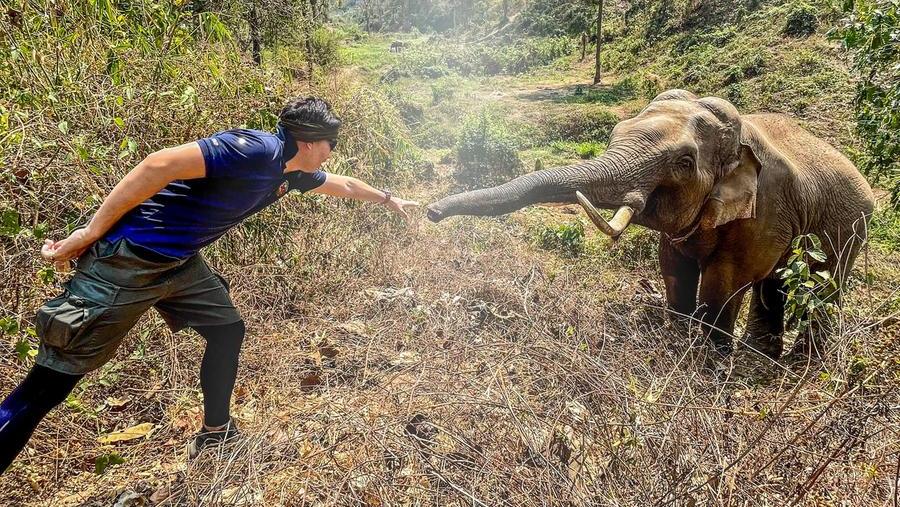 A man stretches out his arm, the elephant touches his hand with his trunk. It is an image full of meaning that comes from Thailand and which stars Pattarapol Maneeon, a veterinarian of the Department of National Parks, and Plai Thang, a 31-year-old pachyderm. And to make that moment even more special is the fact that the two hadn’t seen each other for 12 years.

Their friendship began in 2009 when the animal was found in trouble in the woods of Rayong, in eastern Thailand: he suffered from potentially fatal trypanosomiasis, a parasitic condition (also known as sleeping sickness) that had brought him fever. , loss of appetite, swelling of the face, neck and stomach, sore eyes, stiff legs and back, and anemia.

“When we found him he was close to death,” says the veterinarian who treated him in the territory of the Forest Industry Organization in Lampang province. After several months the elephant recovered and was thus released into the wild.

In recent days the unexpected encounter: Dr. Pattarapol Maneeon was patrolling an area of ​​the park and heard the unmistakable trumpeting of Plai Thang. The two got closer. The vet, while maintaining adequate distances, stretched out his arm, as if to be sniffed. And the elephant immediately showed that he recognized him.

“I remember that verse very clearly – says Dr. Pattarapol -. Plai Thang’s noise is truly unique. When we first met, he was very aggressive. His body was weak and he could not fight other elephants. It took him a long time to heal, but we learned that he was very intelligent and took care of himself. When we met again. We remembered and said goodbye. It was a very special moment. I hope it encourages everyone to appreciate the work people do with elephants. ‘