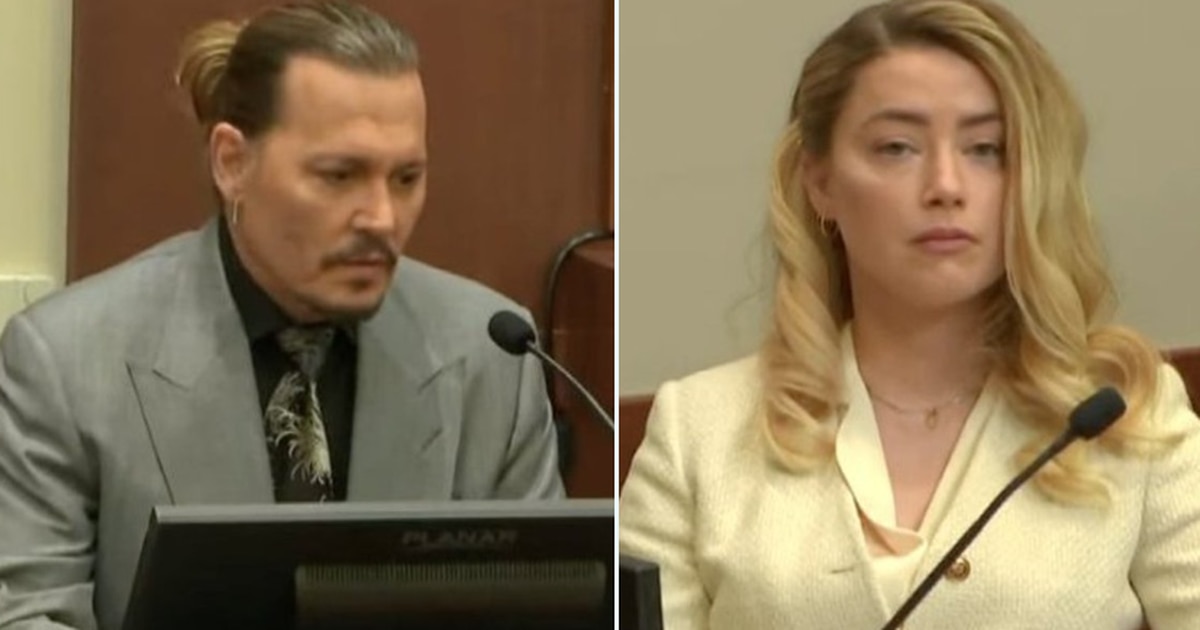 Johnny Depp he has been in the eyes of the whole world with his statements in the defamation trial against his ex-wife Amber Heard where the revealed violent fights between the couple, infidelities and the consumption of drugs.

Today marks a before and after in the trial of Johnny Depp vs. Amber Heard because it is confirmed that he was deliberately defamed. pic.twitter.com/zRDgyWDKGG

Depp sue the actress for $50 million due to an opinion piece she wrote in 2018 for the newspaper The Washington Postin which he talks about “domestic abuse”, said publication has caused him to lose thousands of projects.

Although both have been accused of domestic violence they flatly deny the statements between them and it will be the tests that lead to the truth.

However, for fans from Johnny the actor has already won a large part of the trial by having the courage to make it known that he was victim of violence and get rid of macho prejudices to show that women are not always the victims.

After finishing your testimony in court, some of his phrases have been resonating.

“Yes, I am”: a victim of domestic violence

your lawyer Jessica Meyers played the recording of a conversation between the actor and Heard in 2016.

One of the best-known audios was played by the entire public:

“Tell the world Johnny, tell the world, I, Johnny Depp, a man, am a victim of domestic violence and see who believes you.”
– Amber Heard.

In the same Heard expresses his concern to recover his reputation, after the press reports about abuse in their relationship and Depp is heard saying: “Tell the world, Johnny, tell them: ‘I, Johnny Depp, a man, am also a victim of domestic violence. and see who believes you’”.

At the end of the recording, Depp’s lawyer asks him: “What is your response when Miss Heard says ‘Tell the world, Johnny, tell them that you, Johnny Depp, a man, are also a victim of domestic violence’”. The actor’s response was direct: “I say yes, I am.”

“The only person I have abused in my life is myself”

In the midst of the different accusations and the exhaustive questioning that Ben Rottenborn, Heard’s legal representative, Depp has assured that he has not done anything to anyone.

The lawyer asked the actor if Heard was the only person for whom his abuse of alcoholl had been a problem.

“Lord, if anyone had a problem with my drinking, at some point in my life, it was me. The only person I have ever abused in my life is myself,” he replied.

“I did not want to reveal that it was Mrs. Heard who threw a bottle of vodka at me and then cut my finger.”

the protagonist of ‘Pirates of the Caribbean’ also revealed during the trial how he suffered a cut on his finger from broken glass in 2015, after Heard allegedly threw a bottle of vodka at him.

Although he searched medical care at that time he did not want to reveal that it was his wife who had assaulted him and told other people that he had injured his finger when hitting a door.

“I did not want to reveal that it was Mrs. Heard who threw a bottle of vodka at me and then cut my finger. I didn’t want to get her in trouble. I tried to make things as peaceful and easy as possible for everyone,” she added.

“I never got to the point of hitting Mrs. Heard in any way nor have I hit any woman in my life.”

Not only the actor has made it clear that he did not attack Amber nor to any woman, but also her ex-partners have come to her defense by confessing that they never suffered abuse from her.

“I never got to the point of hitting Mrs. Heard in any way nor have I ever hit any woman in my life,” he clarified.

Depp He mentioned that he only physically defended himself on some occasions because his fights were constant.

The actor also said that he defended physically on a few occasions, mentioning an incident in which Heard said he had injured nose.

The actor said that his head collided with her forehead while trying to “contenerla”.

“There was no intentional head butt,” he said.

“One day you’re Cinderella, so to speak, and then in 0.6 seconds you’re Quasimodo. I didn’t deserve that.”

The controversial divorce among the famous has generated rejection in the industry to the interpreter and it has been a subject that was frequently mentioned during the trial.

“One day you’re Cinderella, so to speak, and then in 0.6 seconds you’re Quasimodo,” Depp said. “I didn’t deserve that and neither did my children, nor did the people who had believed in me all these years,” he added.