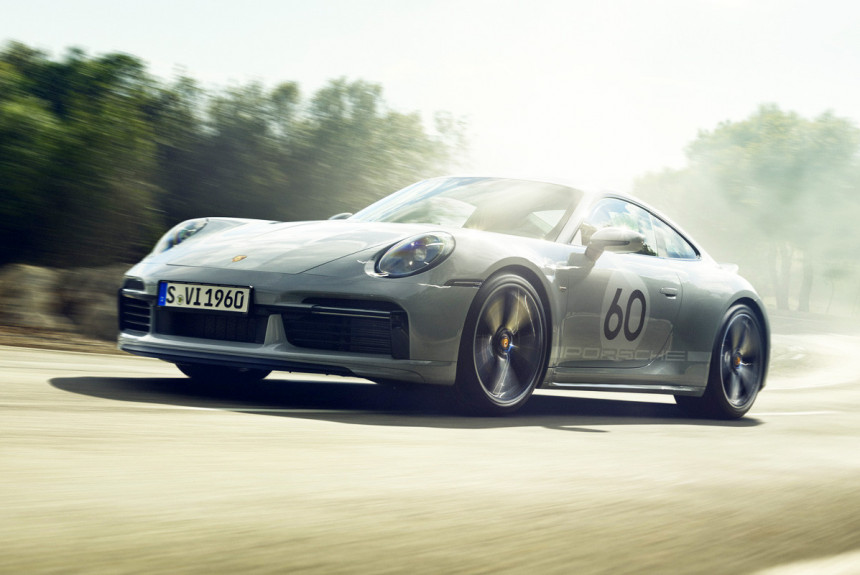 the most powerful version with “mechanics” – Autoreview

“Nine hundred and eleventh” with the prefix Sport Classic was already in the 997 generation family: the coupe was introduced in 2009 and released in a circulation of 250 copies. Now the Porsche 911 Sport Classic has appeared in the current range of the 992 series, and this is again a limited edition, although the edition has been increased to 1250 pieces.

The main idea of ​​this version is the same as the aesthetics of the early Porsche 911s from 1964-1973, embodied in a modern car. And the main retro element here is the “duck tail” of the spoiler, like the 1972 Porsche 911 Carrera RS model (on the bottom photo). It is made of carbon fiber and has a fixed angle of attack. The trunk lid and roof panel are made of the same material (this is an option for “normal” modifications). 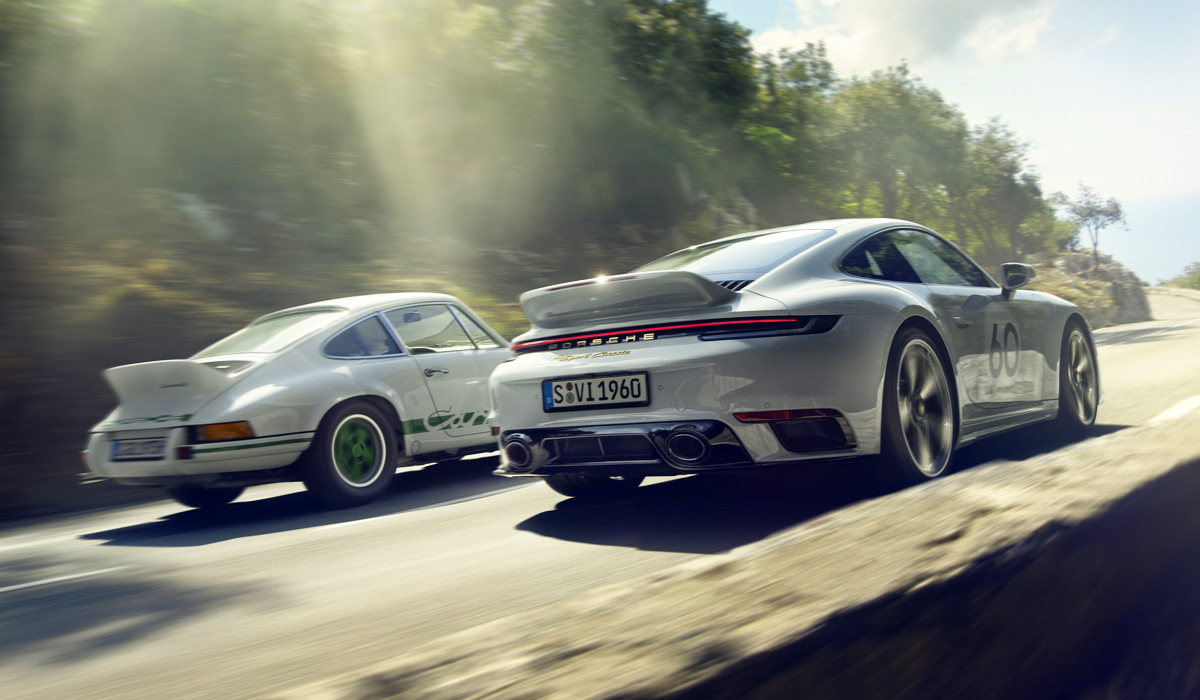 The Sport Classic version also features the original center nut wheels inspired by the Fuchs wheels introduced on the 911 S in 1967. The title color Sport Gray Metallic is inspired by the early Porsche 356. Other colors and decorative stripes are also available. along the body or starting numbers on the doors (from 1 to 99).

The salon is also decorated in a nostalgic style. The seats are upholstered in checkered fabric and cognac-coloured semi-aniline leather, with open-pore wood veneer on the front panel. Changed graphics and instrument fonts: they also have a reference to the early “nine hundred and eleventh”. And also removed part of the soundproofing – to heighten the effect. 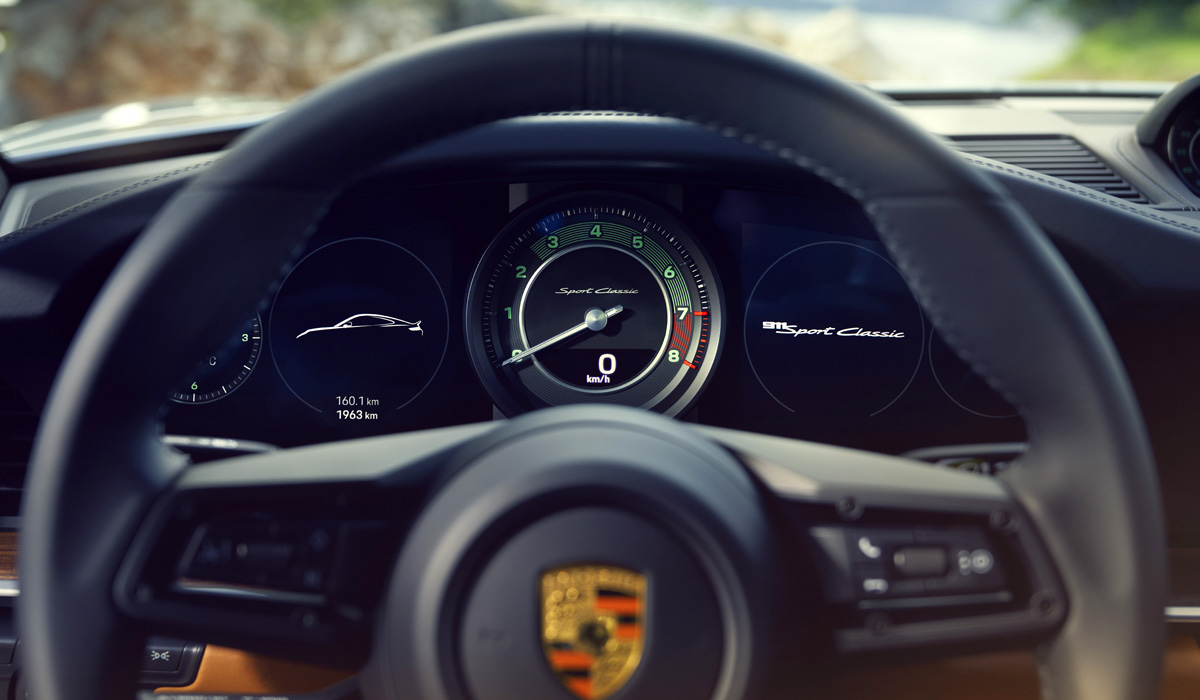 But the Porsche 911 Sport Classic is not only distinguished by its retro spirit. There’s also a lot of engineering work done, as it’s also the most powerful version with a manual transmission. Until now, the GT3 version with aspirated 4.0 (510 hp) had this title. Moreover, the Porsche 911 Turbo, which has long been offered only with the “robot” PDK, was taken as the basis, but it was thoroughly shaken up and “undressed”. The 3.7 biturbo engine was derated from 580 to 550 hp, a modified exhaust system and a seven-speed “mechanics” from Carrera were installed, and instead of an all-wheel drive transmission, a conventional rear-wheel drive was installed.

The wide-track chassis and flared wheel arches are also borrowed from the Turbo version, but the air intakes in the rear fenders have been eliminated in the name of aesthetics. Additional air intake is carried out through inconspicuous slots under the spoiler. Standard equipment is a PASM suspension with adaptive dampers and a 10 mm lower ground clearance, a thruster on the rear axle and carbon-ceramic brakes. 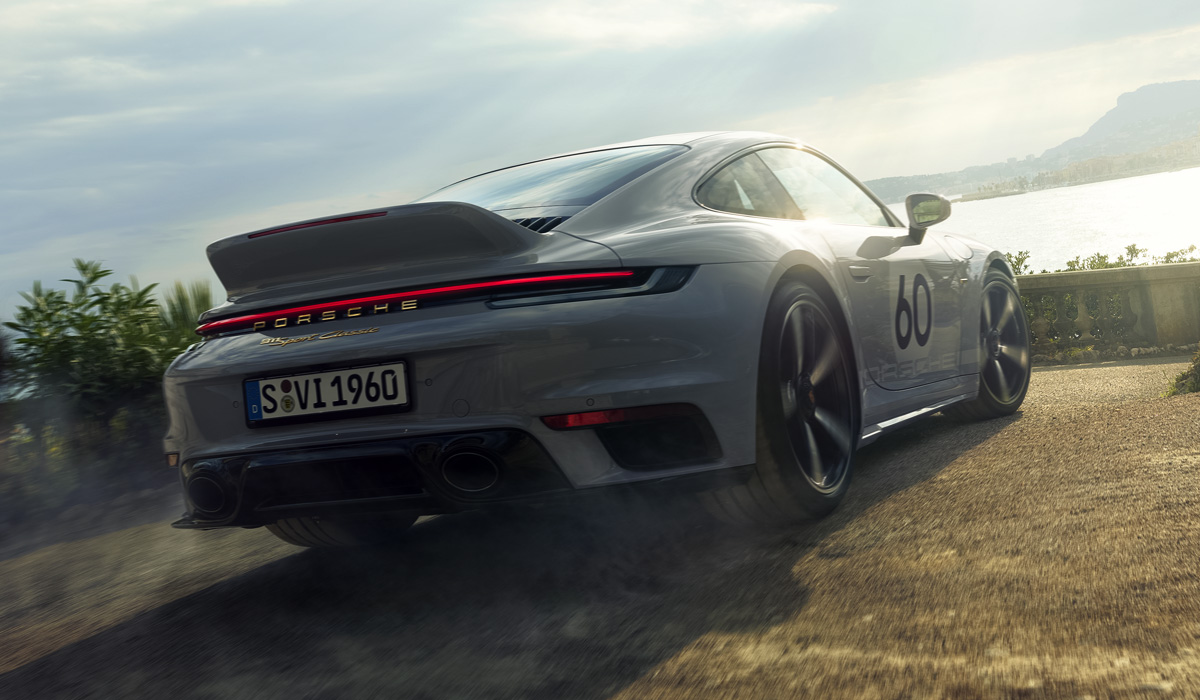 In Germany, the Porsche 911 Sport Classic coupe costs 273,000 euros, although a regular 911 Turbo S with a 650-horsepower engine, a PDK robot and all-wheel drive is offered for 227,000 euros. Deliveries of commercial vehicles will begin in July. There is no doubt that the whole party will scatter very quickly. And for those who are late, there will be a partial “compensation” in the fall: the Heritage Design Classic package for the regular 911s, which will include nostalgic trim and decor.