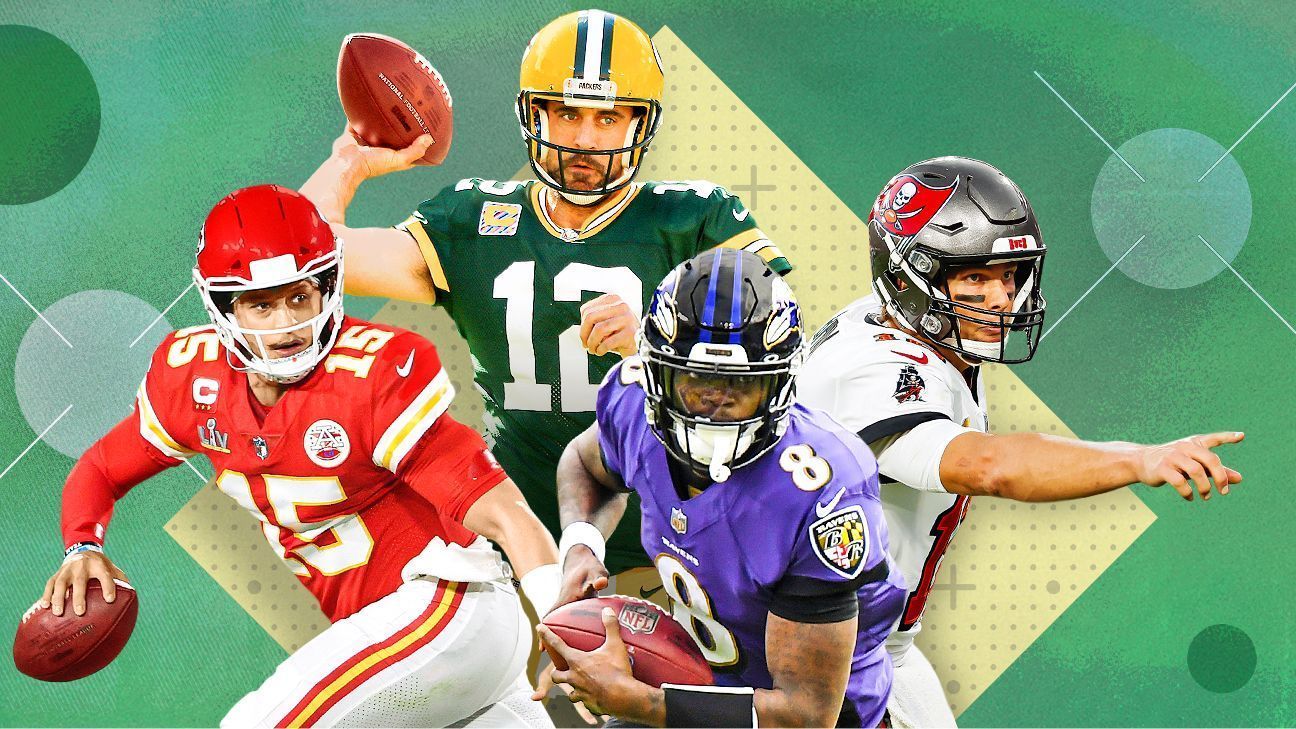 The most attractive games of the 2022 NFL season

The NFL published the complete schedule for the 2022 regular season, which will begin, as usual, at the home of the champion team, SoFi Stadium, where the Los Angeles Rams will celebrate their second Super Bowl title in their history with the Buffalo Bills as witnesses .

With the kickoff on Thursday, September 8, an 18-week marathon and the Playoffs period will begin and will end with the celebration of the Super Bowl on Sunday, February 12, 2023 in Glendale, Arizona.

These are the 10 most attractive games offered by the 2022-23 calendar, ordered chronologically.

For the second consecutive year, the regular season begins where the last game of the previous campaign was played, SoFi Stadium, where the Rams will celebrate the unveiling of their banner as Super Bowl LVI champions in front of Von Miller, who was key in the conquest of the title, but who will now wear the uniform of the Bills.

Without a doubt, the Rams and their motivation to celebrate their championship with a win and a solid offensive and defensive team against the Bills with a powerful attack and a reinforced defense are enough ingredients to create expectations for this match.

However, it is worth wondering if before the game, will Stefon Diggs watch the Rams celebrate on the field to motivate himself to win his Super Bowl ring?

The NFL didn’t give the Seahawks and their fans time to miss Russell Wilson by scheduling their first game of the season against his former quarterback and his new team, the Broncos.

In any case, the framework of the meeting could serve for both Wilson and the Seahawks to formally close a cycle that lasted 10 seasons, in which the passer led Seattle to two Super Bowls and win one, precisely against the Broncos in the XLVIII edition. , and both begin a new stage.

Wilson, who won 104 games and threw 292 touchdown passes with the Seahawks, had just one losing season with Seattle (2021) and will become the fifth quarterback to start a season against his former team from last season.

By the way, this game will also be the setting for another meeting, Drew Lock’s with the Broncos, after Denver sent him to Seattle in the Wilson deal.

Two Hall of Fame quarterbacks in their first year of eligibility who currently show no signs of slowing down will soon meet again when Aaron Rodgers’ Packers visit Tom Brady’s Buccaneers.

It will be the first meeting between the Packers and the Bucs since the NFC Championship Game in which Brady and his cohorts won Lambeau Field for their third straight win over Rodgers, who is 1-3 at Tampa Bay.

The NFL typically schedules high-stakes, contender games early in the season, perhaps to prevent such a matchup from falling apart if either team falls in the second half of the schedule, but for what both the Chiefs and Bucs have done in recent years, perhaps the NFL should have risked scheduling it in November or December and with both in the dispute for privileged places in the Playoffs.

Either way, the exam will be difficult for the Buccaneers who, after dealing with Rodgers and the Packers, will have to deal with Mahomes and the Chiefs. Fortunately for Brady and company, both games are at home.

It will be the first matchup between Mahomes and Brady since Super Bowl LV that the Buccaneers won at Raymond James Stadium, but this game cannot be considered a rematch if it doesn’t happen again in the Vince Lombardi Trophy game.

By the way, Mahomes is 2-1 against Brady in the regular season, but 0-2 in the playoffs.

It’s rare for the Jaguars to feature among the hottest games of a season, but with Doug Pederson as their new coach, the lure of seeing him face his former team, the Eagles, is reason enough to include this matchup.

Pederson was fired by the Eagles after the 2020 season and became the second coach in NFL history to be fired within three seasons of making his team champion, according to Elias. Pederson led Philadelphia to win the first Super Bowl in its history at LII.

It will also be interesting to see the first results of Pederson’s work with the development of Trevor Lawrence.

We were saying that the NFL usually schedules high-profile games early in the schedule, but in the case of Buffalo’s visit to Kansas City, it will give us a chance to see two contending teams already on pace.

It is probably difficult for the Bills and Chiefs to give us a duel as spectacular as the one they had in the Divisional Round of the Playoffs last season and that Kansas City won 42-36 in overtime, after Buffalo had a three-point lead with three seconds left in the fourth quarter, but the potential of their offenses and the way they’ve beefed up their defenses guarantee a good game at Arrowhead Stadium.

On paper, the Buccaneers will have the toughest matchups on their schedule at home, but it’s worth remembering that the Rams beat Brady and company in the playoffs last season at Raymond James Stadium.

If Brady has shown anything in his career of more than two decades in the NFL, it is that he does not like to be left with thorns stuck and having lost to the Rams at home after the Buccaneers tied the scoreboard 27-27 after going down by 24 points. and being physically abused by Aaron Donald and company is something the No. 12 sure hasn’t forgotten.

Mike McCarthy returns to Lambeau Field to reconnect with the Packers fans, to whom he gave a Super Bowl (XLV) title in 13 years at the helm of the team.

McCarthy will also see himself face to face with Aaron Rodgers, with whom he allegedly had friction three years ago that also contributed to his departure from Green Bay, but, regardless of the return of the Dallas coach to Green Bay, a game between the Cowboys and Packers is a guarantee of entertainment.

This will be THE hot game in 2022 and not precisely for sporting reasons but for the simple fact that Deshaun Watson will face his former team in his first season as quarterback for the Browns, who gave him a fully guaranteed $230 million contract after acquiring him. in a trade with the Texans and after the quarterback had ruled out Cleveland as a trade option.

Watson was not indicted by a grand jury in Texas over the multiple accusations and lawsuits of sexual abuse and assault brought against him by multiple massage therapists, but the NFL could still impose a multi-game suspension on him, however, at this point in the season, the new Browns quarterback would already have served the penalty if it is imposed.

With Josh McDaniels nothing is guaranteed until he is seen on the bench managing the Raiders.

In 2018, after being announced as coach of the Indianapolis Colts and a day before he was introduced, McDaniels decided to back down and stay in New England as offensive coordinator for the Patriots, whom he will face for the second time as coach of another team.

In 2009, as head coach of the Broncos, McDaniels took on the Patriots of Bill Belichick and Tom Brady and beat them 20-17 in overtime in Denver.