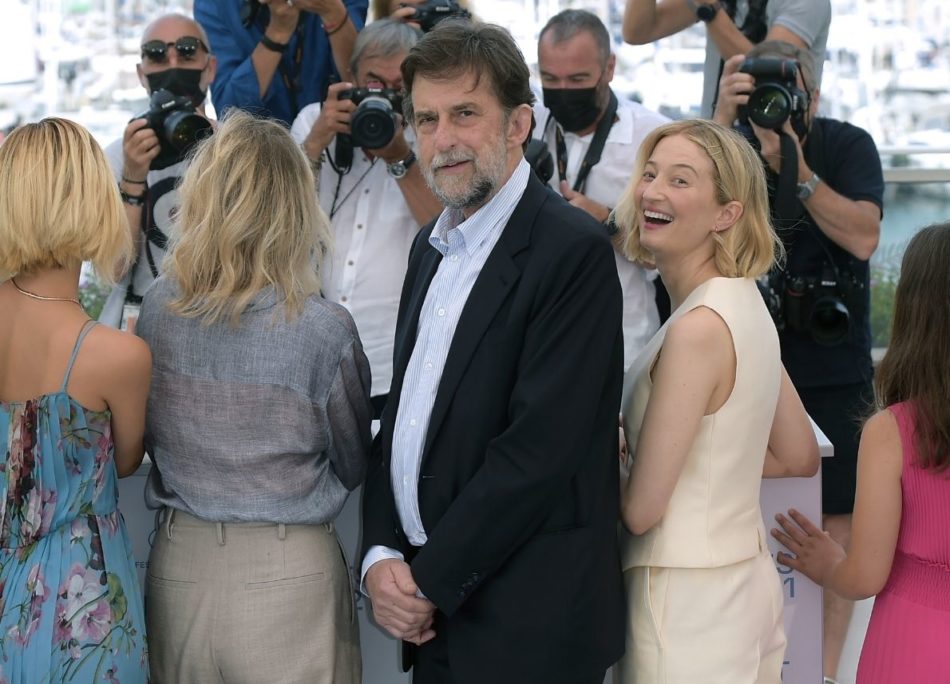 It arrives Nanni Moretti on the Croisette, and heads for itself. Relaxed, ironic, showman, at the official meeting with the press he presents the actors of his film, Three floors, the only film in competition at the 74th edition of this festival and the first that does not start from one of his subjects but from that of the novel of the same name by Eshkol Nevo. Beloved by France, this time the director has divided the critics by directing (and interpreting) the story of three families who live in the same bourgeois apartment building. Apparently normal families, but under the surface they will find themselves having rather troubled relationships and lives.

Moretti starts by telling how he chose his actors. «I had been following Riccardo Scamarcio for years, he convinced me in Euphoria, directed by Valeria Golino. Margherita Buy is the only one not to have auditioned, it is the fourth consecutive film that we shoot together. I had wanted to work with Alba Rohrwacher for a long time, finally this was the right role. Elena Lietti? I discovered it with the TV series The miracle, by Nicolò Ammanniti “. The other actors are Adriano Giannini and Alessandro Sperduti, the director of photography is Michele d’Attanasio. And to celebrate the 11 minutes of standing ovation at the preview last night in the hall there was also the author of the novel.

Four years ago Federica Pontremoli and Velia Santella, his screenwriters, gave him Nevo’s book, which he read in one breath. “I knew immediately that I had found my next film,” he says. «The more time passes, the more I like this job, which I do not only with passion but with attention. But as time goes by I know less about my choices. The book deals with universal themes such as death, justice, the responsibility of being parents and the responsibility for the choices we make. I didn’t want a self-satisfied film in any aspect, not even in the decor, and for acting I was looking for realism, not naturalism. Spontaneity for me is not a value, authenticity is ».

Italy-England? Moretti saw the game, “in reality only the final penalties”, he continues, alluding to the fact that he is in the room for the world premiere of his film. He does not shy away from questions about critics, not unanimous in appreciating his thirteenth feature film. “I am aware of it. Forty years ago I read everything, in fact I went to the night stands at 3 am to get the next day’s newspapers. Now I have a calmer relationship with the press, I read a couple of newspapers a day“. The structure of the film alters that of the novel, which features three separate stories that never meet. “We intertwined the various events and gave them a time, dividing the film into three parts five years apart,” continues Moretti. “The book is so dense that it brings all characters to the same level, we have chosen a main character for each section, Riccardo Scamarcio in the first, Alba in the second and the figure of the judge (Moretti himself) and his wife (Buy) in the third”. The film was ready in 2020 but has been stopped due to the pandemic, and Moretti is happy with the choice. «I begged Domenico Procacci to stand still and wait, not to give the film to Amazon or Netflix. I wanted the theater and I say it as a spectator: I can’t stay without watching my colleagues’ films, I’ve been like this for fifty years ».

The film is not tinged with the usual Morettian irony, but despite not leaving room for the happy end, it presents an opening towards the world. “The pandemic exposed the lie that we could do without each other, that we weren’t a community, that’s not the case. And I didn’t want that masculine stubbornness of the characters in the film to win over, being locked into their role as a father judge, a brother who hates his brother and a parent obsessed with protecting his daughter. A dance in the street will take the tenants away from that building. It is an opening that projects us all into the world, an opening that I felt necessary ». The film is produced by Sacher Film and Fandango with Rai Cinema, and Le Pacte, will be in cinemas from 23 September.

Cannes 2021: all crazy by Timothée Chalamet

Will «Spencer» be presented in competition at the Venice Film Festival 2021?