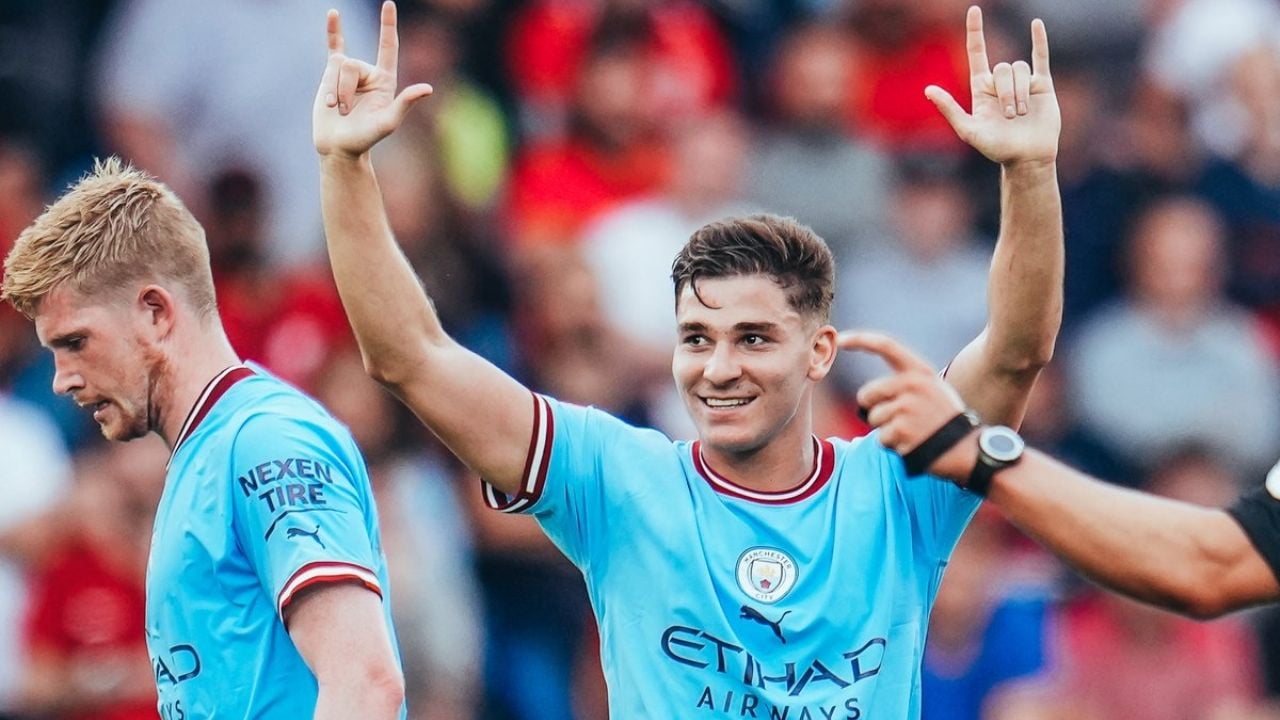 The mixed feelings of Julián Álvarez after his debut with a goal at City: “It was a final and…”

The season did not start as expected at the group level, but in his official debut with the jersey of the Manchester City It left very good feelings. 13 minutes was enough for Julian Alvarez to score his first goal in his new destination, which meant the partial draw against Liverpool. Post match, the former River player referred to what happened at the King Power Stadium.

In dialogue with ESPN, the Cordovan left his feelings after the defeat against the Reds in the final of the Community Shield: “I’m happy to have scored my first goal, but it’s in the background. It was a final and we wanted to win. We have to continue working because a great season is coming”.

When recalling the moments before the goal that will be marked by fire in his career, he said: “I steal behind the middle of the field. I reach the area. Phil (Foden) entered with the goalkeeper, I stayed and scored. I couldn’t celebrate it as I wanted because of the VAR. Pep had just called me and from the VAR they said it was a goal.”

“I’ve been comfortable since the first day I arrived, my teammates, the coaching staff and many people who work at the club have treated me very well. I feel comfortable, happy and understanding how the world is run CityHow are the workouts going? I try to adapt and listen, learn to grow as a footballer and a person,” he added. Álvarez about his adaptation in one of the best teams in the world.

El Araña and company will begin a new edition of the Premier League, where they have to defend the title obtained last season, next Sunday, August 7. There those of Pep Guardiola will visit West Ham from 12:30 (Argentina time).

See also  "NATO and EU are complete failures!" Pep Guardiola with a tough statement on the Ukraine war - Goal Germany