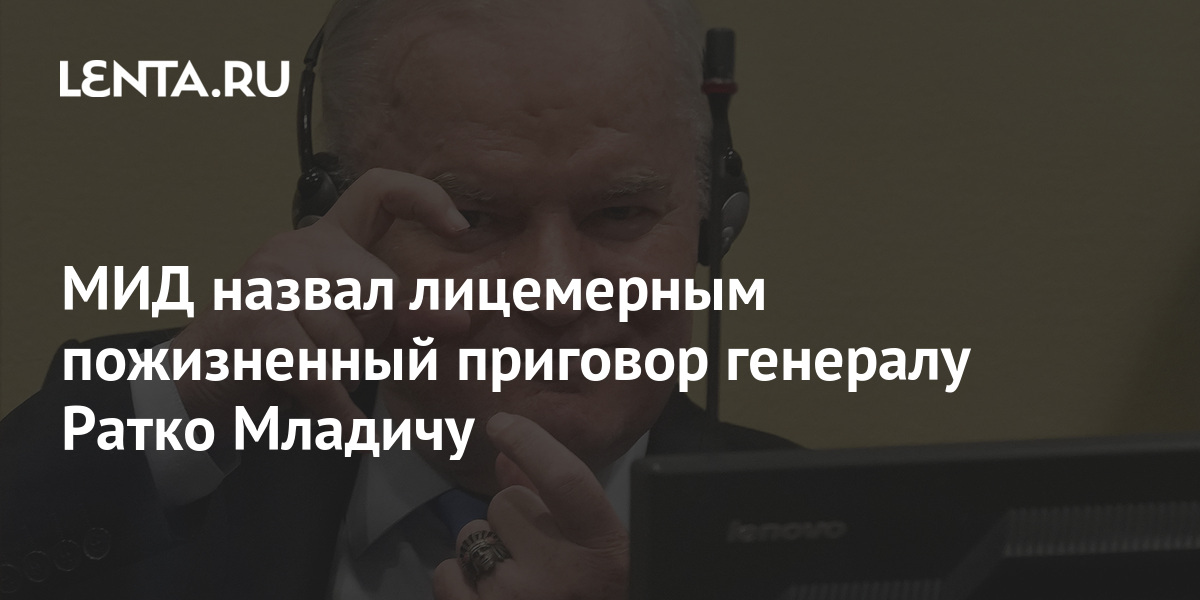 Russia called the life sentence of the former commander-in-chief of the armed forces of the Republika Srpska Ratko Mladic hypocritical. The corresponding comment of the representative of the Russian Foreign Ministry Maria Zakharova was published on the department’s website.

Zakharova recalled that the Hague court acquitted other participants in the civil war in the former Yugoslavia, including Croatian General Ante Gotovin, former Prime Minister of Kosovo Ramush Haradinaj and Bosnian field commander Nasser Oric. According to her, this indicates the bias of the international investigation in relation to only one of the parties to the conflict.

The Russian department also accused the Hague court of “ignoring the facts and the historical context of the events associated with the collapse of Yugoslavia.” “In addition, the trial of R. Mladic was accompanied by a disregard for his basic rights as an accused,” Zakharova stressed.

On November 22, 2017, the International Tribunal for the former Yugoslavia (ICTY) found the former commander-in-chief of the armed forces of the Republika Srpska Ratko Mladic guilty of war crimes in Bosnia and sentenced him to life imprisonment. The 75-year-old general was found guilty on 10 of 11 counts. In particular, he was found guilty of taking UN staff hostage in Bosnia and Herzegovina in 1995, as well as the genocide of Muslims in Srebrenica.

The general’s associate, the former leader of the Republika Srpska, Radovan Karadzic, was sentenced to 40 years in prison in March 2016. He was found guilty of ethnic cleansing, mass deportation of people and genocide in Srebrenica.