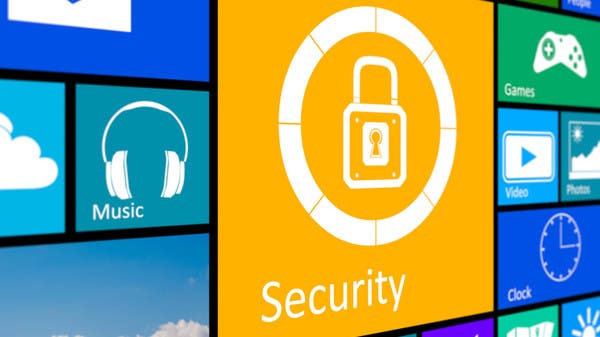 The Metaverse conflict ignites the war of kidnapping talent between giants

Microsoft’s augmented reality team lost about 100 people last year, most of them to Meta Platforms (formerly Facebook), as the competition to build AR heated up.

And former Microsoft employees said that competitors took advantage of the great experience of the Microsoft team after developing the augmented reality headset, HoloLens, and they were bombarded with employment offers by doubling the salary in many cases, as the company founded by Bill Gates owns about 1,500 people.

LinkedIn profiles of more than 70 former HoloLens employees show that they left Microsoft in the past year and 40 of them joined Metaplatforms.

Among the departing employees are some longtime team leaders, such as Charlie Hahn, who was responsible for taking customer feedback for HoloLens, and who left the summer to join Meta. and Josh Miller, who worked on the show’s cast and became the show director at Meta in recent months.

A Microsoft spokesperson said the company has been at the forefront of innovation in Metaverse technology for years and will “continue to develop the latest devices that will be more comprehensive, affordable and in various form factors.”

He emphasized that staff attrition is a regular challenge faced by many teams and that Microsoft is doing what it can to retain expertise and hire new people when needed.

Matt Stern, chief operating officer of start-up Mira Labs Inc, which helps companies adopt augmented reality on their premises, said: “The poaching of big tech companies from each other and from small businesses is nothing new.” “What is remarkable now is the scale and speed as a large company like Meta is trying to make leaps and bounds in growth.”

“The attempt at rapid growth has made it more expensive to hunt for expertise in the augmented reality market, and it has made it difficult for smaller companies to compete,” he added.

This comes after Facebook changed its name to Meta in October, to rebuild the company for the future world, or what is known as metaverse. It said spending on the new unit of this effort would reduce its total operating profit by about $10 billion in its 2021 results. Then it revealed its plan to attract new employees, including 10,000 workers in Europe, over the next five years.

Microsoft was not the only company facing Meta’s growing appetite for talent, as Apple lost 1.68% of its employees to Meta, according to Wall Street Journal calculations reviewed by Al Arabiya.net.

Metaverse can be defined as a virtual world where people can work, learn, play games and even shop, from inside glasses placed on their heads, enabling them to travel anywhere or even feel different feelings depending on the virtual environments they are in. Tech giants like Microsoft, Meta and Apple are putting billions into building augmented and virtual reality hardware and software that could become the building blocks for this emerging digital world.

Meta’s Oculus headset will dominate the VR headset market with a roughly 75% share in 2021, according to research firm IDC. 9.4 million VR headsets were sold last year, a number that could rise to 13.6 million by the end of this year.

AR overlays digital content, such as 3D images or visual instructions, onto the user’s view of the real world. Some in the tech industry see a bigger market opportunity than VR, but it’s more difficult to develop. Only about 325,000 headphones were sold last year. That number could jump to 1.35 million units this year, according to IDC.

Most of the tech giants are now planning to release their own smart glasses, which are regular sized glasses that include some augmented reality capabilities, so engineers with experience in AR and VR see their profiles and their salaries soar.

The use of the term metaverse has also risen in job listings. The share of job ads that mentioned metaverse in December was more than 10 times the level the year before, according to job site Indeed.

Last September, Meta Platforms took an early step into the market with a pair of smart glasses in partnership with EssilorLuxottica SA, maker of Ray-Ban eyewear.

Analysts said Microsoft has been ahead of the competition for augmented reality, so its employees are the most attractive to companies looking for talent in this field.
In the opinion of IDC’s director of research, Gitsch O’Brani, Microsoft still has a significant lead in the field of augmented reality.

This comes after Microsoft CEO Satya Nadella announced the launch of the first generation of HoloLens in 2015. Instead of selling the headset as a consumer platform for gaming and entertainment, Microsoft focused on using it as a productivity tool for the workplace.

Microsoft has invested billions in developing the technology, but the HoloLens headphones, which cost $3,500 each, have sold little compared to popular consumer electronics.

IDC estimated Microsoft’s sales of its augmented reality glasses at between 200,000 and 250,000 units since its launch, which prompted some Microsoft leaders to consider cutting funding for the HoloLens program before the company won a major military contract worth $ 20 billion with the US Army, to add features to soldiers with night vision and vision in Places of thick smoke, according to sources familiar with the plans.

The engineers’ departure comes after Microsoft failed to hire enough engineers to handle the additional work and made them question its commitment to developing the technology.