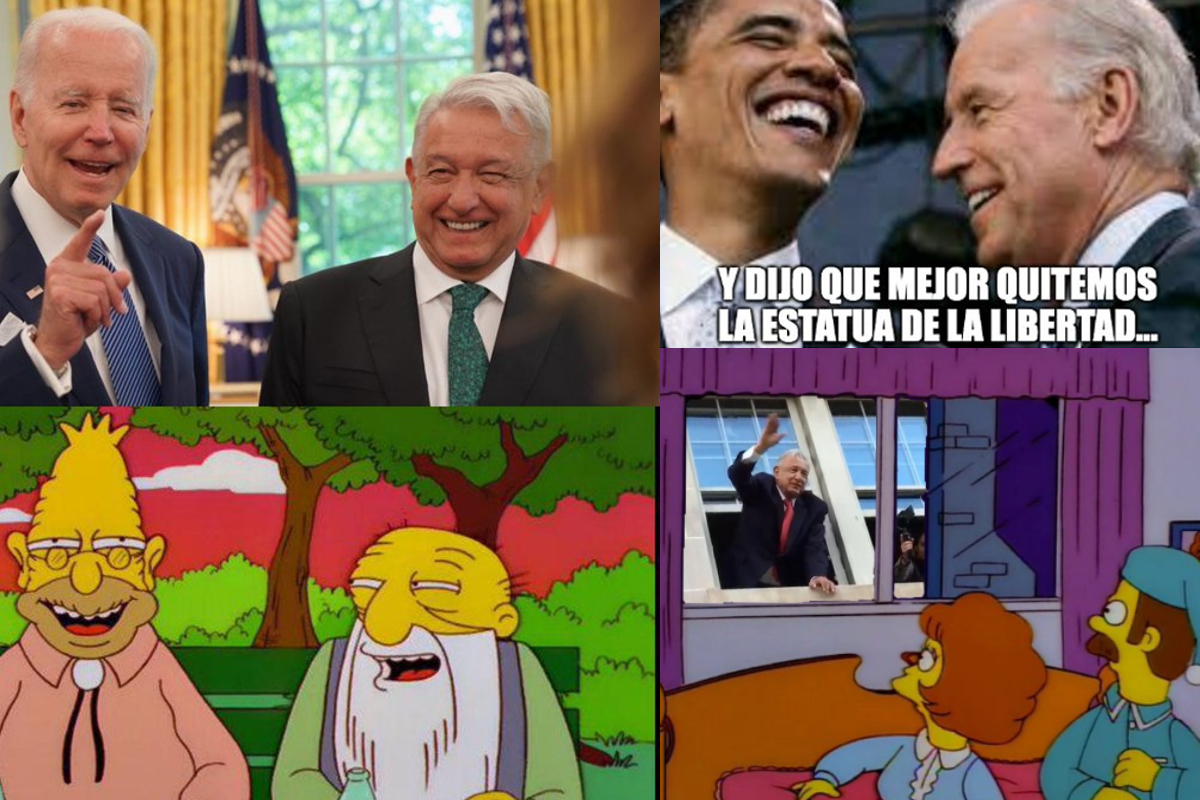 After the meeting with the president Andres Manuel Lopez Obrador at the White House with President Joe Biden, Internet users did not miss the opportunity to recreate the best moments of the meeting with memes.

It might interest you: Sales of heavy vehicles grew in June

Well, in his first official meeting of AMLO with his counterpart Joe Biden, various memes emerged on networks, due to the appearance of the Mexican president in Washington.

Therefore, important issues that were discussed at the meeting related to migration, pandemic and cooperation for development and well-being, went unnoticed among Internet users.

It might interest you: “In the face of the crisis, the way out is not in conservatism but in transformation”: AMLO to Biden

Well, the graphic creatives preferred to take into account how “misaligned” AMLO was in the meeting with Biden, as well as the laughter caused by Beatriz Gutiérrez Müller’s clothes and the blow she took, when she leaned out the window while her Obrador’s husband received a serenade upon his arrival, to create funny memes on networks.

I feel like, throughout AMLO’s intervention, Biden keeps holding back his laughter. pic.twitter.com/aNOOkUEP6T

net lady #ZopilotaWas there no one to stop you from going out in your pajamas?
😂
Beatriz Gutiérrez Müller#AmloElFracasoPresidencial pic.twitter.com/TcUlzj63VP

Recounting the trip from the kks to wachinton (as he says)

The flight did not leave the aifa❌
He took the buzzard and put a blow to the head, point to Geraldine 😆

You will want to dismantle the statue of liberty 😆 pic.twitter.com/8A6eJI3IAA