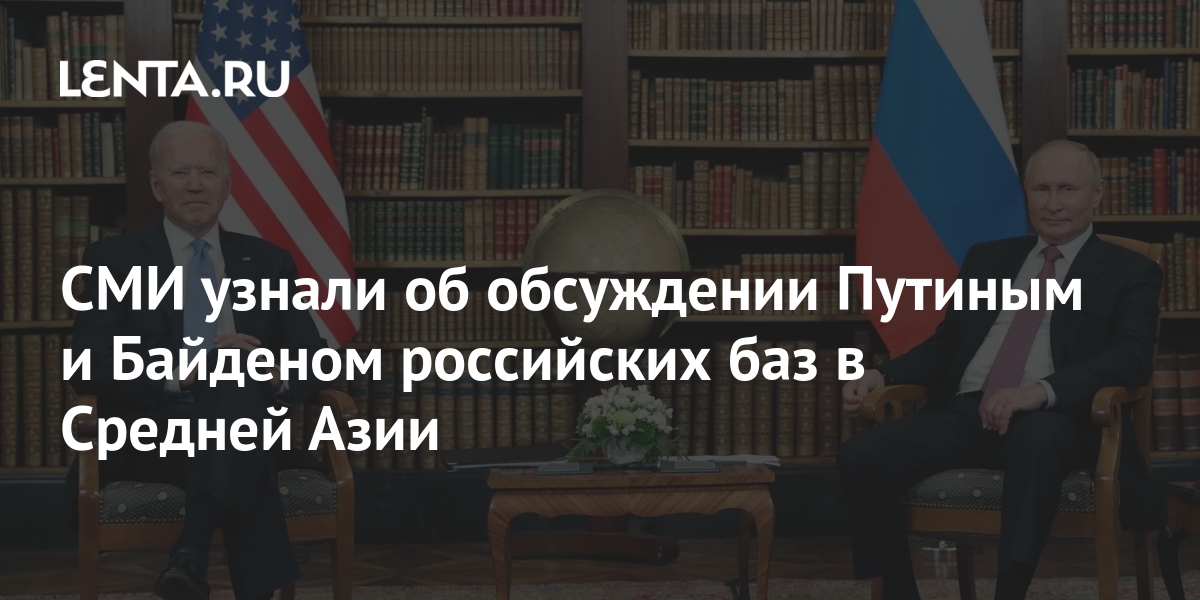 At the summit held in Geneva on June 16, Russian leader Vladimir Putin proposed to US President Joe Biden to coordinate actions in the Afghan direction with Moscow. He came up with an initiative to use the Russian bases in Tajikistan and Kyrgyzstan for practical purposes, Kommersant reports citing sources.

According to them, such cooperation could lead countries to exchange the received data, including using drones.

In turn, US Special Representative for Afghanistan Zalmay Khalilzad declined to comment on the publication.

“The topic of Afghanistan was discussed at the talks in Geneva,” RBC quotes Kremlin spokesman Dmitry Peskov. He did not specify whether Russian bases in Central Asia were discussed.

It is known that the 201st Russian military base is located in Tajikistan, the garrison is deployed in the cities of Dushanbe and Bokhtar. It is the country’s largest military facility outside its borders. The base includes motorized rifle artillery, reconnaissance, anti-aircraft missile and other units, as well as an air group.

In Kyrgyzstan, in the Chui region, there is the Russian Kant airbase, which has been operating since 2003. Su-25 attack aircraft and Mi-8MTV helicopters are based there.

On June 16, at the Villa La Grange in Geneva, after a three-hour conversation, the presidents of Russia and the United States, Vladimir Putin and Joe Biden, agreed on joint work by Moscow and Washington on strategic stability and arms control.