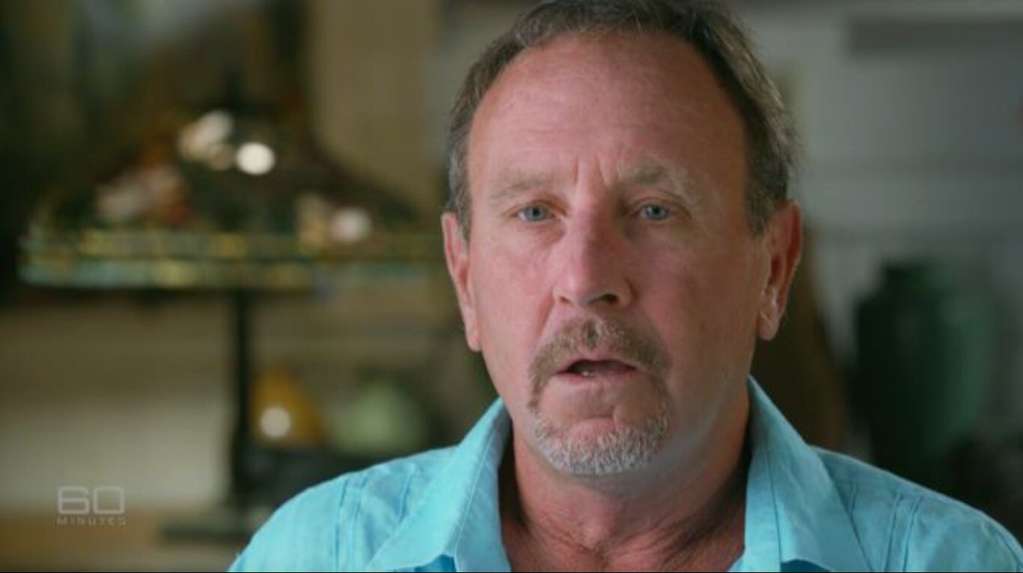 Just over a month ago, Michael Packard experienced an episode as unusual as biblical proportions while fishing for lobsters off the coast of Massachusetts, USA: had been swallowed and then spit out by a whaleas if he were the Old Testament prophet Jonah.

This Sunday, Packard told in a long interview with Australian television the details of the traumatic experience that he had to live in the mouth of the cetacean.

// Five keys to understanding the reasons for the outbreak in Cuba, an unprecedented protest against the Revolution in the last 27 years

“I was on my third dive looking for lobsters, swimming like I did for 30 years, and suddenly, I was hit by a freight train out of nowhere, and everything went dark ”, the fisherman told the program 60 minutes of the Chanel 9 News about the moment it ended up in the mouth of a humpback whale, an animal that can measure 15 meters and weigh 36 tons.

The man was swallowed by a cetacean off the coast of the United States.

Since he never saw the cetacean coming, at first he thought it had been swallowed by a shark. Where I am? What happened? Did a shark eat me? No, I don’t feel any cut. I don’t think it’s a shark. And then instantly I knew it was a whale, “he recalled about the flood of thoughts that ran through his mind at that moment.

Packard forced himself to try to get out but soon realized that “there was no way out of there, unless she lets go of me. “

“I realized that I was navigating the water inside the mouth of a whale. He was sailing in the sea and the water entered his mouth ”, he said. As if that were not enough, the diver the regulator had come out of his mouth, so it could have run out of oxygen.

“But thank God it didn’t stray me too far. It was pressed between me and the animal’s mouth. It was stuck there, luckily I saw it and I put it back in my mouth, “he said.

When asked if he had been able to feel the whale’s tongue, the fisherman replied: “I felt all the hard muscles around me. I felt what his jaws would be crushing my legs, which I tried to move to pry so I could swim out of the mouth. But nothing worked, “he said.

So Packard, who is married with two teenage children, thought his adventure-filled life had come to an end.

// Tragedy in Miami: they found the remains of an Argentine family who died in the collapse

“I was convinced that he was a dead man. I could only think of my children, my lovely wife, and in my mother, he’s been through hell, ”Packard said. This is how you’re going to go Michael, this sucks, he thought.

The man was at the mercy of the enormous animal. ” It is too massive a creature. It’s not like he’s going to pry his jaws up, nothing. He could do what he wanted with me (…) I was in their clutches, ”he said.

But suddenly Packard had a little hope again. “I felt the whale go up and I saw light. Then it got erratic, moving around. Is trying to get rid of me‘, thought.

“Suddenly, I felt light, in the air. I was thrown to the side, ”he said.

Josiah Mayo, one of Packard’s teammates, said they saw a lot of movement in the water, like an eruption. “We had this whale going absolutely crazy and Suddenly Michael appeared, flying through the air”He recalled.

Packard recounted the enormous relief he felt then. “I was lying on the surface of the sea looking up and I thought, ‘Oh my God, I came out of there, I came out of it.I am alive! No matter how injured I am, I am not going to die inside a whale, ‘”he said. In the end, all he had was a knee dislocation.

When his companions approached to lift him out of the water, he told them, still incredulous, “I have just been in the mouth of a whale.” The fisherman estimates that the terrifying moment lasted less than a minute.

Michael Packard assured that, despite the requests of his family, he will continue with his activity. “Diving is my life. Fishing is my life. I haven’t fished in the last few weeks and I’m going crazy. My knee is already quite good, so I plan to go into the water again next week, “he confessed.

About the whale he said with a laugh that “She was probably more scared than me”. Some fishermen told him that he had been in the area for about five days, but that after swallowing and spitting on the diver, “she left and no one saw her again “.