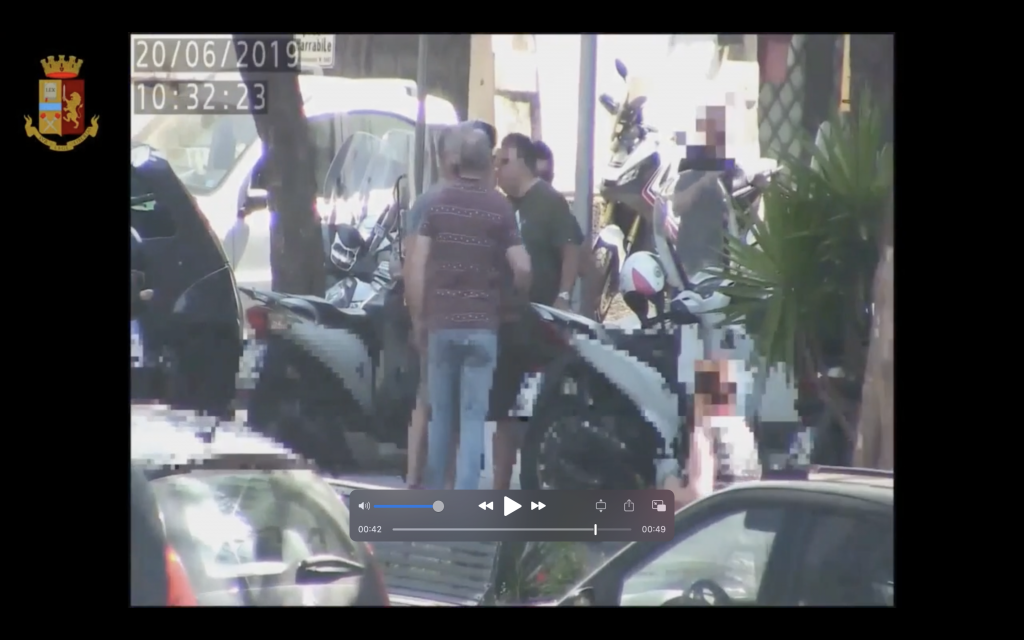 The ‘mafia kiss’, the ostentation among the bosses of the Pillera Puntina clan

The cameras of the Flying Squad immortalized the meetings at the ‘Borgo “.

CATANIA – The kiss in the mouth. A Mafia ostentation that the Pillera-Puntina people seem to like so much. Indeed very much. The videos immortalized by the Catania Mobile Squad in 2015 and also in 2019 in Piazza Borgo are a succession of ‘affectionate greetings’ on the lips. For the investigating judge Currò, who signed the Consolation Ordinance performed yesterday at dawn, it is about “Rituals demonstrating respect and fidelity”, that recur “In an ostentatious way, on the public road, in order to demonstrate belonging to the same mafia association”. In short, the stamp of affiliation.

There is plenty of footage of Mafia kisses. Like when on May 19th 2015 Giacomo Pietro Spalletta, after his release, he shows up in piazza Borgo and greets himself with Vittorio Puglisi with a kiss to the mold.

A few days later in June thefell in love is Carmelo Faro. But there is also a “subject with a green shirt” who, before leaving, greets with ‘a kiss’ Fabrizio Pappalardo and again Faro. Another person – with a white T-shirt and identified in Rosario Viglianesi, brother-in-law of Nuccio Ieni – kisses the two bosses before leaving.

In October 2015 he enters the scene Turi Messina, a historical exponent of the clan and since 2018 he has become a repentant. His minutes are among the pillars of the investigation. Mental hospital, this is the collaborator’s criminal nickname, is framed while kissing in the mouth “all the prominent subjects of the Borgo, including, Giacomo Pietro Spalletta, Fabrizio Pappalardo and Giacinto Sicali“. The latter is also the protagonist of the latter ‘apostrophe rose‘immortalized by cameras in 2019. “It deserves to be reported – writes the investigating judge – the kiss on the mouth given by Ricali to Vittorio Puglisi”On 22 May 2019. It could be a greeting to the ‘new referent’ of the clan. Puglisi, most likely, would have taken Pappalardo’s place at the top of the “Borgo”.

For the investigating judge there are no doubts: “The greeting with the kiss on the mouth is the manifestation of common belonging to the mafia faction“. In short, a real ‘confession’. And without even needing to speak.