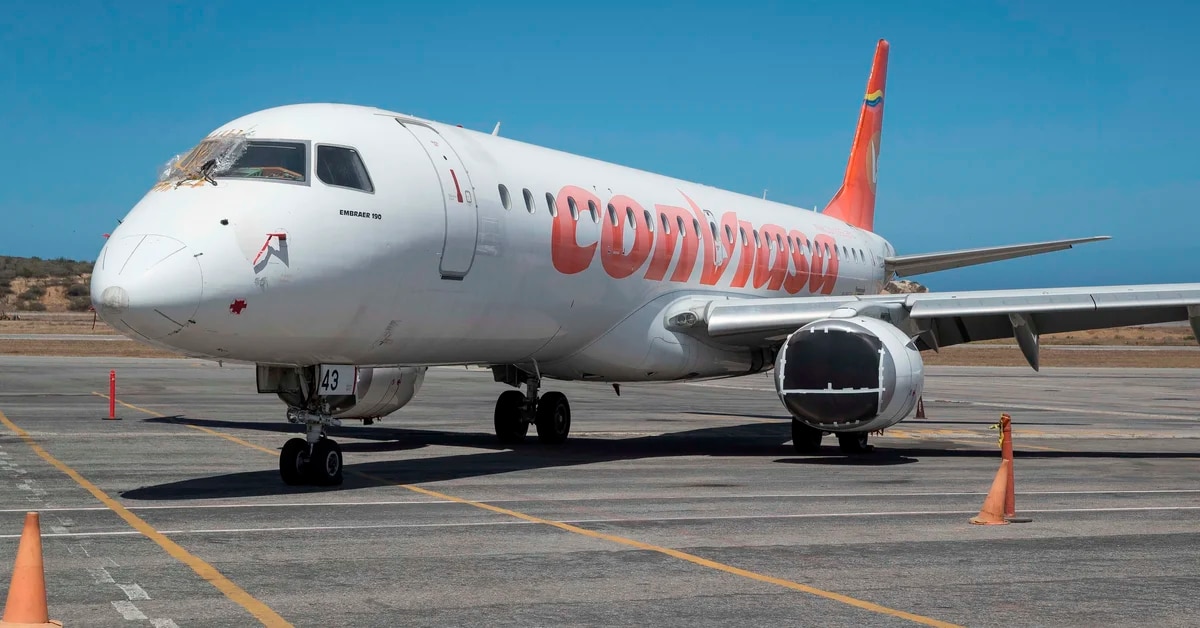 The Maduro government owes USD 1.3 million to Aerolineas Argentinas for the debt of Conviasa, the Venezuelan state line

The Venezuelan state airline, owner of the mysterious plane stranded in Ezeiza that is being investigated by the Argentine justice, owes USD 1.3 million to Aerolineas Argentinas, Company sources told Infobae. The Venezuelan Consortium of Aeronautical Industries and Air Services (Conviasa), which manages its cargo subsidiary Empresa de Transporte del Sur SA (Emtrasur)maintained a codeshare agreement with the airline for ten years, which was finally suspended in 2019, precisely due to the failure to pay the debt accumulated by the operation of destinations together.

Conviasa, through Emtrasur, is the owner of the Boeing 747-300 that is held in Argentina with a crew of 14 Venezuelans and five Iranians, all prohibited from leaving the country for now. The agreement between the Venezuelan airline and Aerolineas Argentinas was signed in 2009, at the height of relations between Kirchnerism and Chavismo.

The codeshare agreement was initially signed in March of that year by the then head of Aerolineas Argentinas, Julio Alak, and his Venezuelan counterpart Noris Negrón Rangel, according to official documents he reviewed. Infobae. The official objective was to “strengthen cooperation ties” between the two countries, which is why the joint operation of the Caracas-Buenos Aires-Caracas routes was agreed upon. months later, On the occasion of Hugo’s visit to Chávez in December 2009 during the mandate of Cristina Kirchner, the Bilateral Agreement on Air Transport between Argentina and Venezuela was endorsedand the joint operation of other destinations in Latin America, the Caribbean, Miami, New York, Los Angeles, South Africa and Australia was included, to which each of the companies flew on its own routes.

The then Argentine ambassador to Venezuela Alicia Castro celebrated that “there was no obstacle for both flag carriers to share the benefits of that business, which would allow them to compete in better conditions with foreign private airlines.” The agreement was exclusive for the two state airlines, and excluded other private companies such as Argentina’s Andes or Venezuela’s Estelar Latinoamericana, which sought to fly to destinations in both countries, and could only do so with non-scheduled flights. 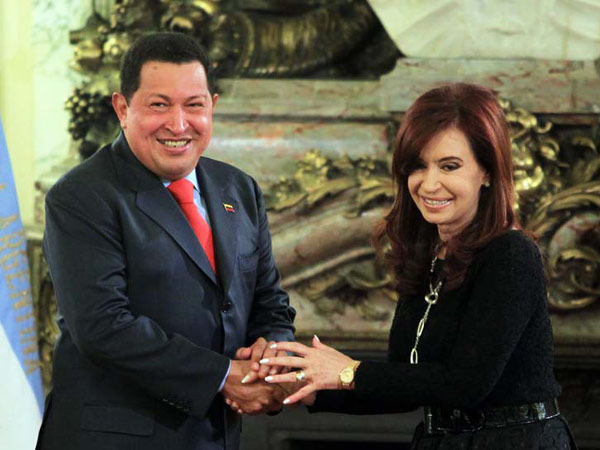 The agreement formally lasted almost a decade, but it generated a debt of USD 1.3 million to Aerolineas Argentinas. For this reason, the then president of the airline Mario Dell’Acqua suspended the agreement in August 2019. “There was a breach by Conviasa and we canceled it,” an executive from the time of Cambiemos a infobae, who claimed remember that they had not forgiven debt. But the last flights between Buenos Aires and Caracas had already taken place two years earlier: Conviasa operated that route until May 2017 and Aerolineas Argentinas, until July of that year.

From the current management of Aerolineas Argentina they assured that “the debt could never be collected”, almost three years after suspending the agreement between the companies. Although they reported that there were claims, they still have not received the pending payments.

What is a codeshare agreement? It is an agreement that unites the operations of two airlines with the purchase of a single ticket to make a flight with stopovers, with a single check-in and baggage dispatch to the final destination. For example, if a Venezuelan wanted to visit Córdoba, he could buy a Conviasa ticket to Buenos Aires and the internal scale was operated by Aerolineas Argentinas. Aerolineas has shared codes with nine lines, such as Air France, KLM or Delta, among others, according to the information on its website.

Conviasa, on the other hand, only has a similar agreement with Syrian Air and is negotiating with Iraqi Airways. This is largely due to The Venezuelan airline was in check after the Office of Foreign Assets Control (OFAC) of the United States Department of the Treasury issued a sanction in 2019 under the accusation that Chavismo promoted terrorism through the activity of this airline. The challenge from the White House still gives the Venezuelan airline headaches, such as the Boeing 747-300 stranded in Ezeiza since June 8 due to the refusal of the oil companies to refuel it for fear of falling under the sanctions of the United States. Joined.

Conviasa planes do not visit New York or other frequent destinations for the tourist transfer of passengers worldwide, but the Venezuelan airline managed to make its way to the political allies of Chavismo. One of his latest announcements, made in October of last year, increased the frequency of his Caracas-Moscow flights. But there are other priority destinations for this Chavista airline, such as the route that connects the Venezuelan capital with Tehran. 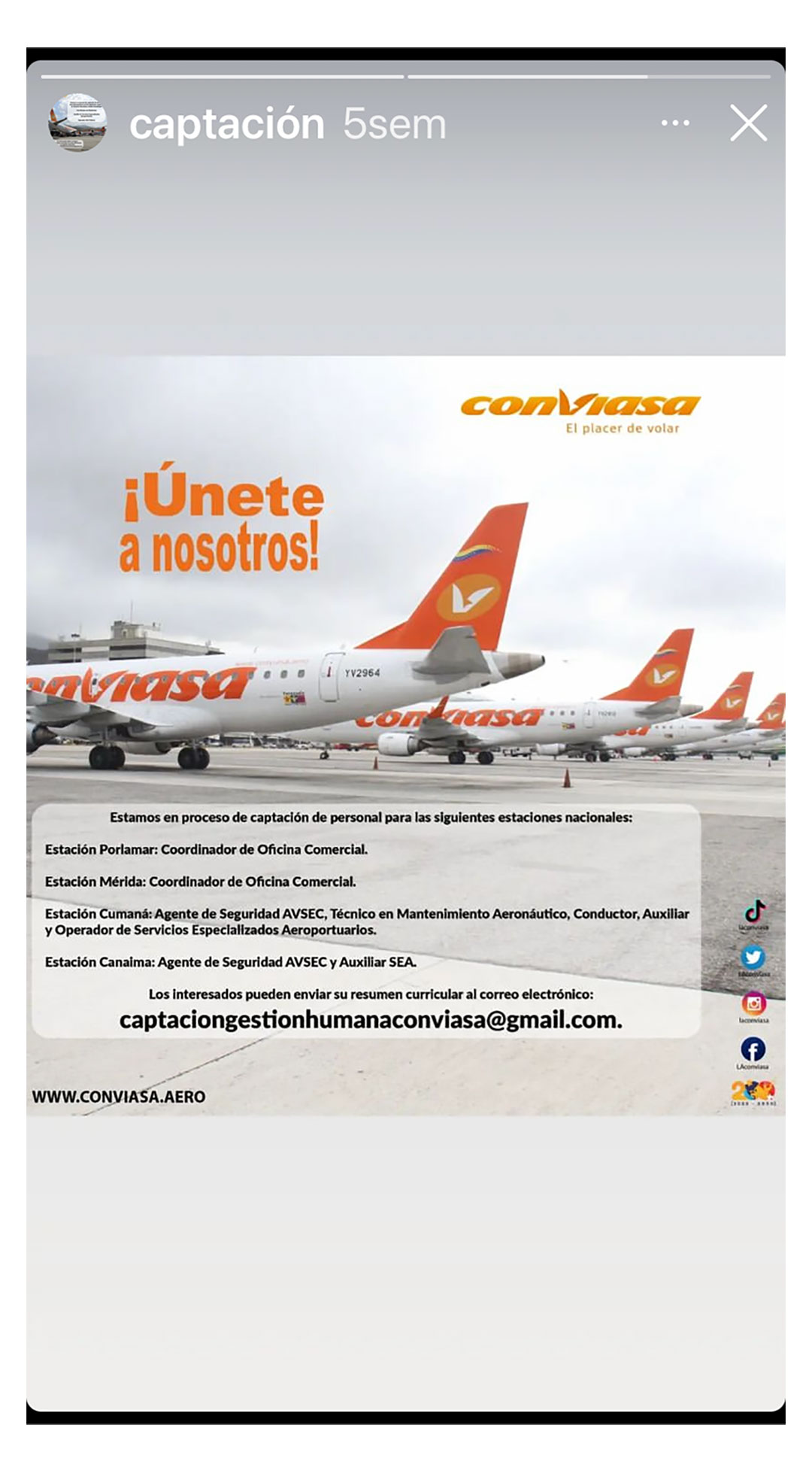 Contrary to the global trend, Conviasa was one of the few airlines that grew during the pandemic, a period of immigration restrictions that caused the bankruptcy of important companies in the sector. The injection of funds from the Venezuelan government explains the phenomenon that helped Nicolás Maduro to strengthen commercial and diplomatic relations with strategic allies such as Iran, Russia, Belarus or Serbia.

After years of neglect, the Venezuelan government decided to reactivate Conviasa in the last two years to try to make up for the air problems that Venezuela is suffering. Maduro made it difficult for Copa Airlines, its main competitor, to work, which led to an 85% growth in official line flights in 2020, a tragic year for the entire industry due to the stoppages imposed globally since the pandemic began.

The official numbers of Conviasa, which was made public by the management of former Minister Ramón Velásquez, do not, however, show their financial reports or other key data such as ticket sales, income, budget and flight capacity, among others.

In this context of supposed expansion, The Venezuelan airline inaugurated new routes and acquired new aircraft, such as the Boeing 747-300 that is stranded in Argentina, through its new cargo subsidiary Emtrasur, with the declared objective of promoting the airline’s export role. Despite its improvement, the Venezuelan airline did not repay the debt with Aerolineas Argentinas.

Iran, Russia and allies of Chavismo, the most frequent destinations of the mysterious Venezuelan plane that landed in Ezeiza
The Paraguayan Intelligence Minister assured that the pilot of the Venezuelan plane is linked to the Iranian Quds Force: “He is not a namesake”