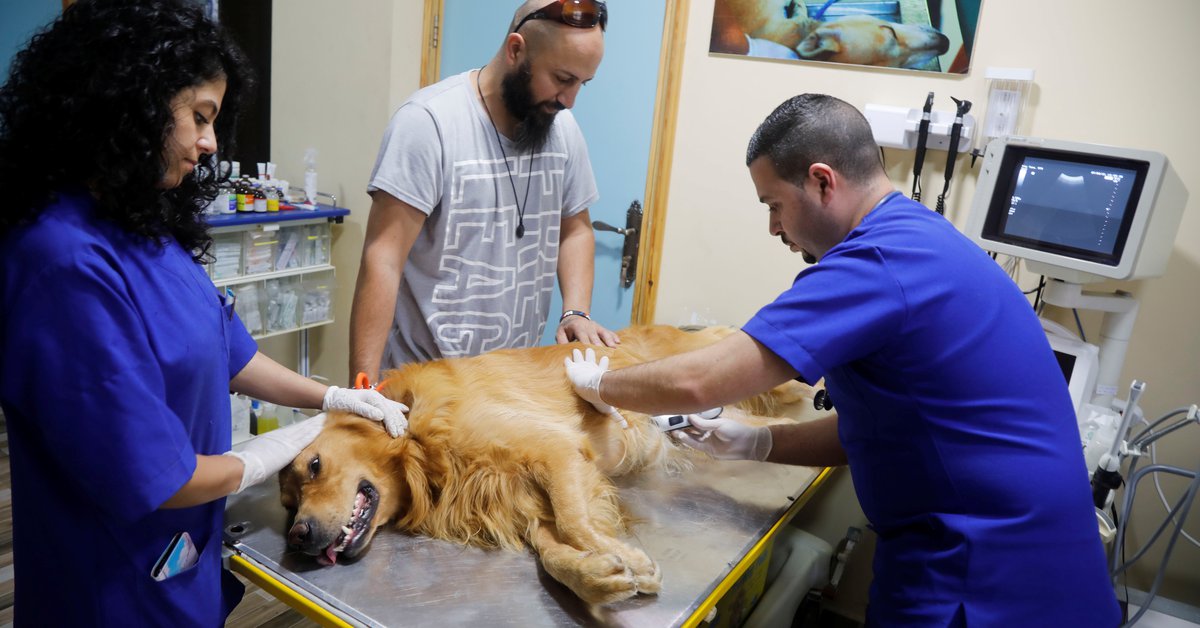 The love-hate towards veterinarians, a social reality in front of that medical specialty

When an adolescent chooses a career as a veterinarian, he embodies the popular imagination of a majority, who have always considered this career as an icon of the unconditional love that animals offer us and we offer them.

At the same time veterinary medicine it synthesizes the good, the kind. The best of a soft and smiling fantasy world that in the light of the cruel daily life is far from being this way.

In the environment of the schools of veterinary medicine across the country you breathe nature and understanding. We could assure that they are a true oasis of love and peace That little is in keeping with the reality that awaits the recent graduate when they go out into professional practice.

Veterinary medicine accompanies human beings in every act of their life either in the care of small animals, the most common vision of the profession in urban areas or in less well-known branches such as food control, food science, the large animal clinic, production or the pharmaceutical industry, and others less popular and almost exotic such as drinking water control or oil bacteriology.

Veterinary medicine is present in our lives from the first glass of milk, passing through the dog or the cat, reaching our daily food and concluding with the last glass of water of the day. Nevertheless,This positive omnipresence is not consistent with the wave of violence unleashed some time ago.

In Spain, complaints from veterinary professionals considered essential as in Argentina are daily, and those who are abandoned or questioned when considering their role in the context of the pandemic (REUTERS)

The doctor Roberto Gimenez in a real chronicle of the sad episode that culminated in the assault on the veterinarian Claudio Bulgarella, describes flawlessly: “I want to insert this image: a stretcher in a suburban guard. Above her, an unconscious man with a face deformed by bruises. The blood reaches his jacket where in his chest pocket he says his name and underneath ‘Veterinarian’ ”.

It is the image that with nuances is repeated in many clinics and that transforms that ideal and idealized profession into a victim of social violence that created climates often endorse and promote.

The problem would be more serious in the small animal clinic, where a large number of aggressions occur. The suicide rate, as highlighted by the American Veterinary Medical Association, among veterinarians it is two and a half times higher than in the general population. This entity pointed as causes of work stress, the high demand of clients even in irreversible cases, the anguish at the inexorable death of patients, the low and informal remuneration that forces the veterinarian “taxi” burdened by endless working hours, among others .

On Spain are daily complaints from veterinary professionals considered essential as in Argentina and to those who they are neglected or questioned when considering their role in the context of the pandemic.

The suicide rate, according to the American Veterinary Medical Association, concluded that among veterinarians it is two and a half times higher than that of the general population (REUTERS)

On the one hand, we are the paradigm of the professional dream, kind and good-natured and on the other the mere incarnation of the devil. Anyway, a kind of hypocrisy or contradiction to which extremisms collaborate that many times consider the veterinary profession as a kind of unhealthy corporation created to do harm by claiming as its own and exclusive possession of bonhomie and compassion as the unique virtue of these groups.

Those “Hate speech”, that some fundamentalist organizations say in the deliberative councils and even in the Congress of the Nation, with escraches, threats and face-to-face and computer attacks on colleagues, generate, according to the specialists of the CONICET, “A cultural climate of intolerance and in certain contexts, can provoke aggressive practices in civil society.”

See also  Give me that vaccine | RTL News

We know it clearly and we see it in many other contexts of national life, but here it is clearly repeated. If we add to all this social stress due to the isolation of the pandemic and the logical daily worries, veterinary medicine has become the target for being always present of the “redirected aggression”, thus using a term from veterinary ethology, of some members of society, in a context where the attack suffered by Morón’s colleague generates the maximum repudiation by not having, like any act of violence, any sense or reason.

They discovered a new species of centipede that reigns in an ecosystem almost without oxygen
Cats, movie superheroes
How is the plan to apply contraceptives to hippos in a region where they became a plague