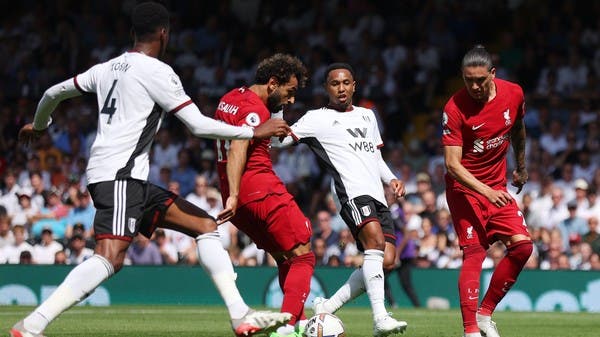 The “Little Egyptian” will benefit from Nunez

Former Liverpool scorer Robbie Fowler believes that Egyptian star Mohamed Salah will benefit from the presence of newcomer Darwin Nunez at his side, after the two scored two goals in their team’s opening match in the English Premier League against rookie Fulham.

Liverpool contracted with Uruguayan Darwin Nunez for 100 million euros, including variables, and renewed the contract of Egyptian star Mohamed Salah, while he sold the Senegalese contract, Sadio Mane, to Bayern Munich, for approximately 34 million pounds.

Fowler, who scored 183 goals with Liverpool in the nineties and first decade of the current millennium, said in his column in the newspaper “Mirror”: The young Egyptian will benefit from Nunez. Mane was fantastic for Jurgen Klopp’s team. But Nunez will give the “Reds” a new dimension in the way he leads the attacking line, as he plays directly and has physical strength that Liverpool did not have before.

He added: Nunez will get his share of goals this season. He is not afraid of tackles as long as he is looking for the ball. Now Klopp has a wonderful attacking line consisting of Salah, Nunez and Luis Diaz, and on the bench he has Diogo Jota and Roberto Firmino.

Salah scored a goal and made another for his colleague Nunez in the Fulham match, which ended in a draw for the red team against its host with two goals for the same.