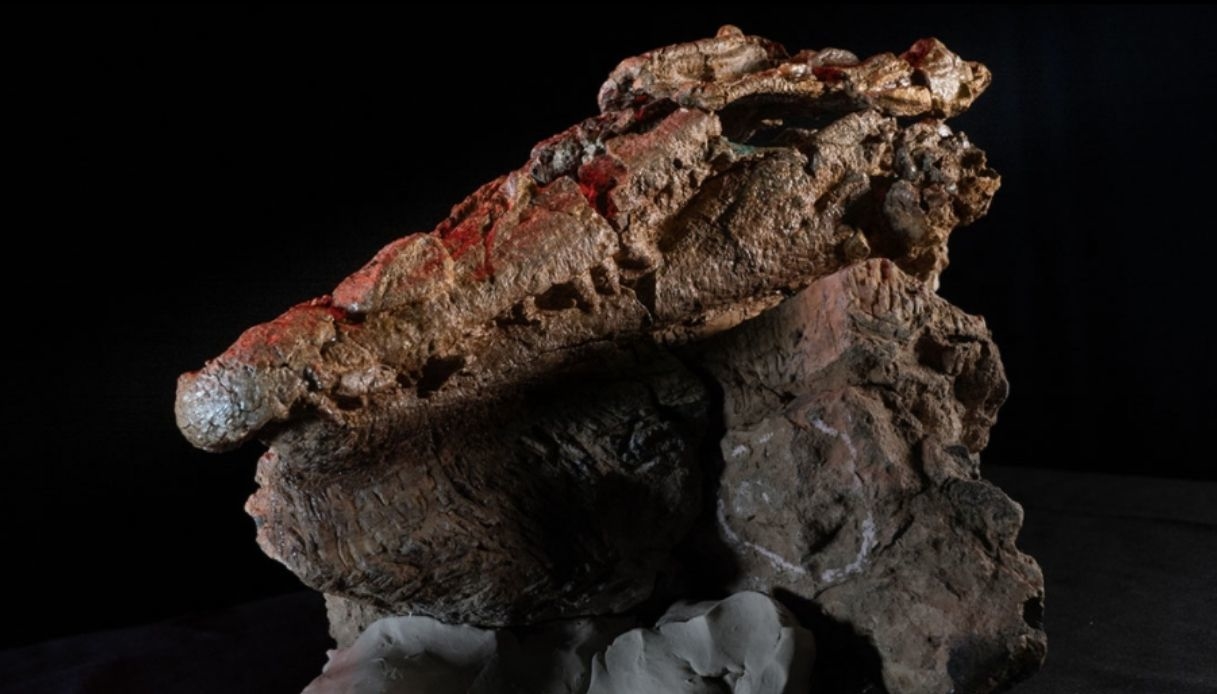 The little dinosaur found in the belly of an ancient crocodile

The last meals always manage to intrigue, a “charm” that some consider macabre. A clear testimony of this is what happens with those condemned to the death penalty, whose menus required as a final wish are known in detail. An answer has come in recent days thanks to a sensational scientific discovery, a little dinosaur found in the stomach of an ancient crocodile, precisely his last meal. This is the find found in the belly of this animal that would have died almost 100 million years ago during an incredible flood that hit what was then Australia.

It is an area that currently corresponds to the region of Queensland and the crocodile could not survive the incessant rain. The analysis of the fossils, obtained using X-rays did not leave room for any doubt, what was inside its belly corresponded to a small dinosaur swallowed without too many compliments just before death. The puppy was the size of a chicken and he certainly never imagined becoming so famous after such a long time. The confirmation of the discovery came from the researchers of theAustralian Age of Dinosaurs Museum di Wintona city located about a thousand kilometers from Brisbane.

The finds of the little dinosaur can be found in the museum in question and the results of the studies conducted on fossils they have become a highly regarded scientific publication, specifically an article in the specialized journal Gondwana Research. It is worth remembering that the crocodile fossil was discovered in 2010. Specimens like the one we are talking about could reach two and a half meters in length: it is a brand new species and the name chosen by the researchers is quite complex , Confractosuchus Sauroktonos. The X-ray scans had suggested the presence of another devoured animal, although it took more years to make everything official.

The abdomen of the crocodile

L’Australian Nuclear Science and Technology Organisation (ANSTO) decided to get to the bottom of the matter. In the crocodile’s stomach there was a small dinosaur and the certainty came from the excessive fragility of the bones of this last meal. Another interesting detail that involved the bones themselves was the difficulty in removing them from the surrounding rock. The searches were characterized by one scan after another, with the abdomen of the starving animal that was deepened in every detail thanks to the X-ray of the synchrotron.

At the end of this work, then, we proceeded with the creation of a real one 3D digital model. The images were exciting: the little dinosaur was nothing more than a baby ornithopod, a biped capable of growing in size and number to become one of the most common herbivores in the world. Cretaceo. The weight of the crocodile’s last meal did not even reach two kilograms, and the actual species has not yet been identified. The reptile would have eaten it in a single bite, as the dinosaur’s skeleton has no disarticulation, except for a slight fracture of the femur. Hopefully it was at least one tasty meal before the flood.