In the last century the average world of life expectancy has been extended, which is largely due to advances in science and medicine, thanks to the development of vaccines, preventive medical care and sanitation systems.

According to the last study of the commission economic for Latin America and the Caribbean (Cepal), life expectancy has increased by almost 30% worldwide in the last 70 years. However, although the life expectancy of people has increased, there is a gap between some countries that have a higher life expectancy compared to others. But, what is the difference in years due to? 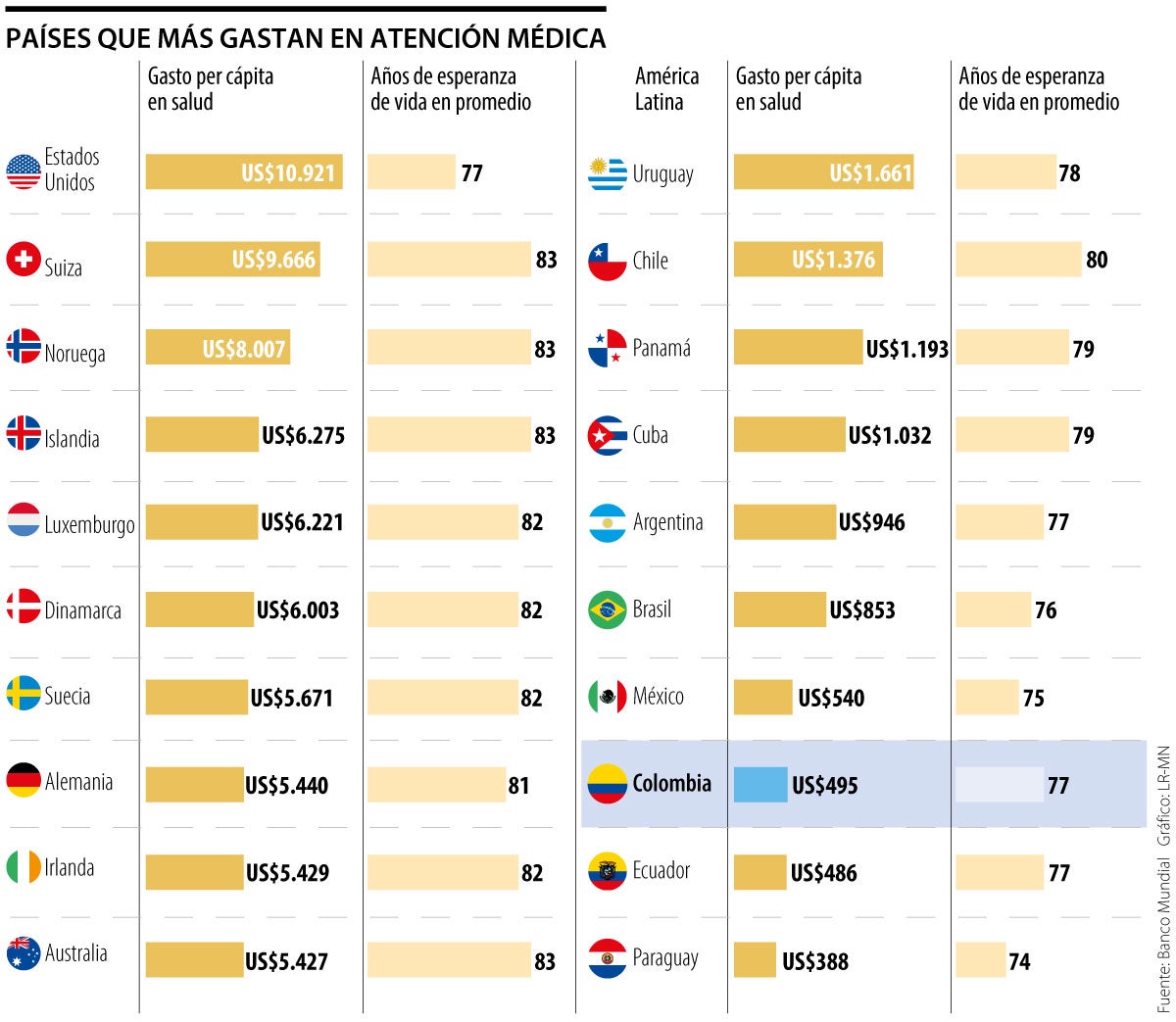 According to World Bank data compiled by Truman Du and Visual Capitalist, the explanation may be related to the amount of money countries invest in health care services.

In terms of the countries that invest the least in health care, Madagascar was found to lead with a per capita expenditure of US$20 and only 67 years of life expectancy; followed by the Democratic Republic of the Congo, with US$21 and 61 years; Burundi, with US$21 and 62 years; South Sudan, US$23 and 58 years old; and Eritrea, US$25 and 67 years of life.

See also  The TITO electric car went up in price: how many dollars does it cost

When the numbers were analyzed, it became clear that countries with higher per capita spending on medical care tend to have more years of life expectancy on average.
However, there are some exceptions, for example, there is the case of the United States. Although this country has the highest per capita expenditure on health care, its average life expectancy is lower than that of other countries that spend less money on such services. This can happen due to other factors such as the US being the country with the highest rate of obesity in the world and the registration of high rates of violence among young adults.
At the same time, other countries such as Japan, Singapore and South Korea have a long life expectancy despite the fact that their per capita spending on medical services is relatively low.

The report highlights that, despite the increase in human life expectancy in the last 70 years, the pandemic has affected population growth in Latin America and the Caribbean, as the region will lose 2.9 years of life expectancy between 2019 and 2021, according to the ECLAC study lost

“The loss of life years in 2020 and 2021 is greater than in any other period in the recent history of the region. The projections foresee a recovery in 2022, which will have different rhythms in the countries due to the differences in the vaccination process and the measures taken to combat the pandemic. However, life expectancy at birth will not return to pre-pandemic levels until 2025,” the report says.

How long can life expectancy be extended in the coming years?
According to the latest research published in the scientific journal Nature Communications, people can live up to 150 years if people’s quality of life continues to increase and advances in medicine are made. In addition, according to projections from the United Nations Organization (UN), life growth will be divided according to the conditions of each country, that is, the most advanced nations will have more life years compared to developing countries. .