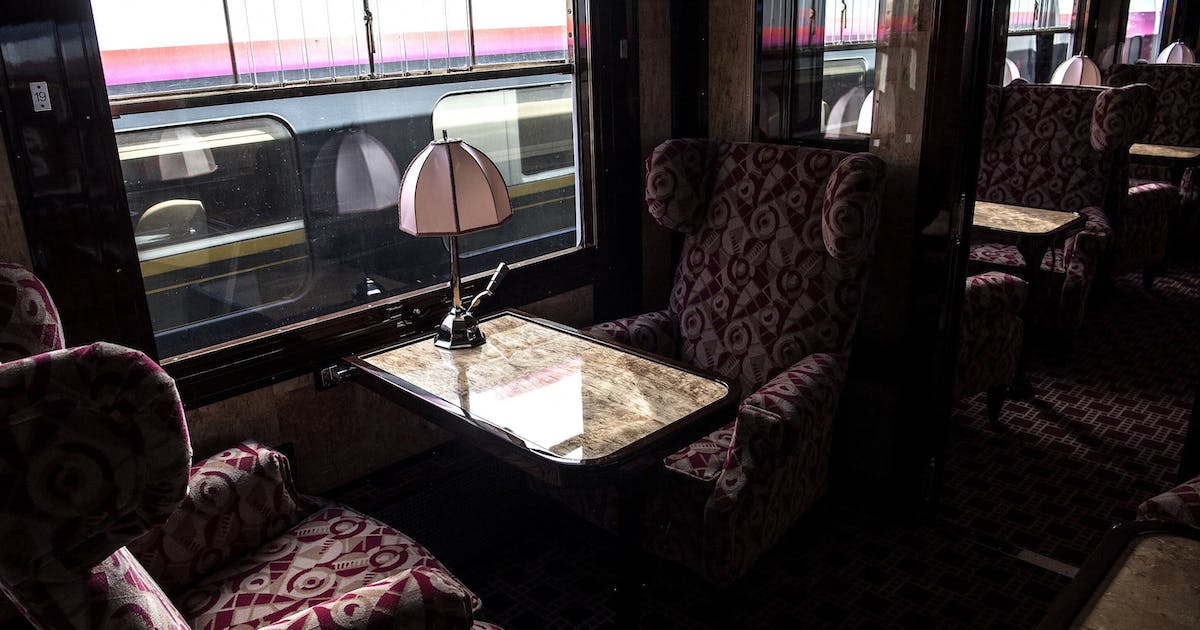 “The legend is back”. Objective 2025 for the revival of the Orient-Express.

(AFP) – “The dream is coming true!” Back on track after being found at the Belarusian border, the sumptuous art deco carriages of the Orient-Express must be completely renovated before resuming luxury rail cruises across Europe in 2025.

It is now the Accor hotel group that is in charge. He has just taken full control of Orient Express, the company responsible for building on the legacy of the mythical luxury train that took wealthy travelers to Constantinople (Istanbul) during the Belle Epoque.

“The legend is back,” enthuses the company’s vice-president Guillaume de Saint Lager.

He first wants to renovate “17 historic cars of the Orient-Express, in a totally fantasized version of what this train was, both contemporary and art deco”.

A bit of history: when the historic Orient-Express (Paris-Istanbul) disappeared in 1977, the Swiss tour operator Albert Glatt wanted to continue the adventure with a Nostalgia-Istanbul-Orient-Express, which sank while trying to go to Tokyo by the Trans-Siberian Railway.

This train had fallen into oblivion until historian Arthur Mettetal located it in 2015 in Poland, on the Belarusian border.

His 13 art deco cars were in surprisingly good condition. “No tags, very few damages. There have been copper thefts, but the Lalique glass panels, which are easily removable, were intact, ”Mettetal told AFP in 2019.

The SNCF was then the owner of Orient Express, whose brand it had bought from the Compagnie internationale des wagons-lits in 1977. After long negotiations, it ended up buying the “Glatt train”.

See also  DPE, energy audit... With these new obligations, the best solution is to sell my home

In the meantime, the company had sold 50% of Orient Express to Accor in 2017. And it has just sold the rest to it.

“A logical transfer at a time when SNCF Voyageurs must free up resources to deal with the consequences of the health crisis”, explains a spokesperson for the public group. However, the activity of Orient Express is more hotel and tourist than rail.

The “Glatt train” has been completed with other authentic cars from the interwar period, which will allow Mr. de Saint Lager to line up 12 “suite cars” – including a presidential suite with a bathtub -, a dining car, a bar car, a “winter garden car” and 2 service cars.

Now it’s time to fix them. And more than that, since he wants to “create a decor that is impossible to date, completely at the confluence between art deco and contemporary”.

A project entrusted to the architect Maxime d’Angeac, who must reconcile Lalique and wifi. “The passenger must wonder, when boarding, if it was done in 1930 or today,” he insists. “All the technology will be hidden, you won’t have a television screen in your room!”

The first cars, entrusted to French craftsmen, will be unveiled on the sidelines of the 2024 Olympic Games, he said, preferring not to talk about money.

As for the commercial launch, Mr. de Saint Lager envisages it “early 2025”.

“What is certain is that the start will be in Paris. And Istanbul will be part of the journey!”

In the meantime, he plans to launch “Orient Express La Dolce Vita”, another luxury train which is due to tour Italy from “early 2024”, with 1970s Trenitalia cars revamped by design studio Dimorestudio . And two very beautiful hotels are to reopen with the Orient Express label, in Rome and Venice.

In the same niche, Le Puy du Fou wants to launch “Le Grand Tour” in the summer of 2023, a train bought from Deutsche Bahn and transformed into a Belle Epoque rolling hotel, which will travel around France.

And of course, there remains the Venice-Simplon-Orient-Express, another heir – without owning the brand – of the famous train. Operated by the Belmond group (LVMH), it now multiplies escapades in Europe. To go from Paris to Istanbul in five days, it takes 35,000 pounds (41,600 euros) for a double cabin, departure on August 25 at 3:53 p.m.