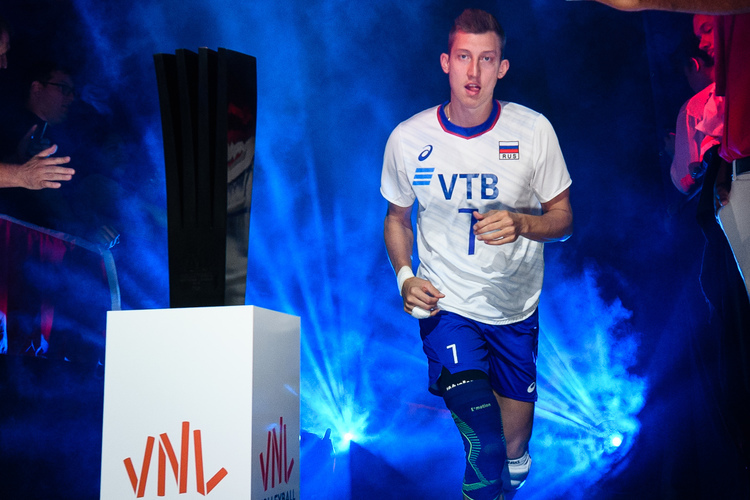 Guide to the men’s tournament from BO Sport.

Men’s League of Nations kicks off today. The winner of the first two draws of the tournament – the Russian national team – will open the season with a game against the Netherlands at 17:00 Moscow time. This is one of 15-17 matches that will help Tuomasu Sammelvuo decide on the composition for the Olympics and prepare the team for the main tournament of the fifth year.

The pandemic not only moved the Tokyo Games by a year, but also forced the organizers of the League of Nations to reconsider the format of the commercial tournament and put a lot of effort into making it take place.

Previously, volleyball players during the League of Nations often complained of fatigue and too tight a calendar. For a month and a half, they really turned into travelers – they flew from continent to continent, playing three matches every weekend and constantly fighting jetlag.

This year there will be no tedious flights – the entire tournament will be held in Rimini, Italy, on the Adriatic coast of the Emilia-Romagna province. Now, to the other extreme: even an unauthorized exit from the hotel is regarded as a violation of the regulations and is fraught with at least being sent to quarantine.

Due to the pandemic, the current League of Nations draw is taking place in a security bubble (VNL Bubble) without spectators, journalists and with the most stringent rules. A prerequisite for admission to the tournament was a 14-day quarantine of players before flying to Rimini, plus negative tests for coronavirus. Immediately after arrival, the volleyball players again took smears. During the tournament, this procedure is expected every four days.

The men’s teams have settled in two hotels, and most of them are crowded into one, which creates problems with food and the Internet. Poles and Iranians even complained about the organizers’ violation of their own regulations – they were unpleasantly surprised when they faced rivals on the same floor.

The Russian team has not yet complained about the living conditions. She was lucky: our guys live in the hotel with only three other teams – Australia, Slovenia and the Netherlands. They have a pool at their disposal, but teams from another hotel have their own area on the beach where they can go out. Otherwise, all movements are limited – volleyball players can be either on the territory of the hotel, or in the arena, under which a huge exhibition center in Rimini was converted. There are two playgrounds and six training areas with different entrances.

GERMANY HAS SEMI-QUARANTINE, ARGENTINA HAS NO RANGE

There are many restrictions. Of course, no handshakes and the widespread wearing of masks by everyone except the players on the court. The organizers decided to abandon the line judges (instead of them a video system), canceled the change of sides after the end of the games and reduced the number of service personnel to a minimum – now the players themselves wipe the site from moisture… Instead of live press conferences – virtual mixed zones.

In total, there are about a thousand people in the “bubble”, taking into account 32 men’s and women’s teams, as well as organizers, and all of them regularly take tests. The other day, the test of the bus driver of the German national team turned out to be positive. A special protocol came into force – the command Andrea Gianni on a semi-quarantine: the Germans eat in the rooms, and train separately from everyone on a special site.

In Argentina, due to positive tests and isolation of the contact group, only 9 players flew to Italy. The team will play matches against Brazil, Canada and the United States with one of the out-gamers who have retrained into the libero, as well as with two substitution options – tie and diagonal. Reinforcements, taking into account the 72-hour quarantine, will arrive only for the fourth match.

THE HOSTS WILL BE PLAYED WITH THE SECOND COMPOSITION

Three matches in a row, three weekends – in the group stage, both men’s and women’s teams play on this schedule. As before, this is a round robin tournament with 15 rounds and a general standings. Only instead of the Final Six this year there will be a Final Four. Semifinals according to the scheme 1 – 4, 2 – 3 and medal matches. Their participants will play 17 matches in 34 days.

The workload is very serious, so the teams were allowed to include 25 people in the delegation, taking into account the coaching staff. Most teams have 16 – 18 volleyball players in the application. The Americans squeezed 19 players into the application, but the Russian list is the smallest – only 15 players… This is due to the injury of the blocker Ivana Yakovlevawho injured his ankle and was out for about a month. He will join the team upon her return from Italy. At the same time, in the middle of the Nations League, the national teams have the opportunity to declare six players and declare new ones.

And Italy started its favorite tactical games and will play in the home tournament with the second squad. Young players (Alessandro Micheletto, Davide Gardini, Lorenzo Cortezia) under the direction of Antonio Valentini… 27 year old diagonal Gabriele Nelly and binder Luka Spirito now the oldest in the application of Italy. In parallel, the head coach of the Italian national team Gianlorenzo Blengini conducts training camps with the first line-up. In all likelihood, the main Italian stars are Ivan Zaitsev, Osmani Juantorena, Simone Janelli – will miss the League of Nations. But Zaitsev was the face of the tournament on the poster.

Brazil also does not have a head coach, but forcedly – Renan dal Zotto only recently discharged after 36 days in hospital. The coach had a hard time suffering from the coronavirus, he was connected to a ventilator several times. A second coach will lead the team in Italy Carlos Schwanke… He has all the best players at his disposal.

No wonder that Brazil is among the favorites of the tournament – along with Poland and Russia… This is followed by the United States, Serbia and France. These teams will play in their fighting rosters, although the duration of the tournament will force everyone to use a wide rotation and give rest to the leaders in some matches, and this is fraught with defeat.

“We want to win, simultaneously solving our tasks of preparing for the Olympics. Of course, we will not strive to win at any cost, sacrificing player health and so on. There will be rotation, everyone will play, because it is important for the coaching staff to see everyone. The guys need to get in shape, not forgetting about the training process, and about the result, “the general manager of the Russian national team said in an interview with BO Sport. Sergey Tetyukhin.

Interview with Tetyukhin – about the composition of the Russian national team, the League of Nations and the new assistant Sammelvuo

The Russians did not saturate the application as much as possible – there are no random passengers in it. These are the 15 players from whom the Olympic squad will be chosen. However, we do not forget about Yakovlev. If he is healthy, he should go to Tokyo.

Only 12 volleyball players can be included in the Olympic bid. Thus, Sammelvuo will need to unhook four players – probably two blockers, one outplayer and one diagonal from the current squad. Moreover, universalism Dmitry Musersky, in fact, allows you to cross out two surnames at once. Truth, in the Russian national team, we did not see Musersky in the diagonal position from the 2015 World Cup… In the Japanese championship, he destroys everyone, playing in this role, but how he will look at the national team level is one of the curious moments of the starting tournament.

As well as the match of Russia against Iran in the second round. Legendary Vladimir Alekno will confront the Russian team for the first time. He signed a contract with the Iranians for the 2021 season for the Olympics. She will be the fourth in a row for him. With Russia, he won bronze in Beijing, gold in London and finished 4th in Rio, as well as won the 2011 World League and the 2011 World Cup.

TOURNAMENT WINNER WILL RECEIVE $ 1 MILLION AND PRIZE FOR MATCHES

The League of Nations is a commercial tournament in which players can earn not only fame and medals, but also good prize money. They are usually shared among all players, team coaches and team medical personnel. For the winner of the tournament, a check for $ 1 million is provided. The silver medalist will receive $ 500 thousand, the bronze one – $ 300 thousand. The team that takes 4th place will earn $ 150 thousand.

Each round-robin match also has a prize pool: $ 9,000 goes to the winner, 4 to the loser… Thus, the winner of the tournament, if he wins all 17 matches, can earn a maximum of $ 1.135 million. In addition, checks are provided for the best players in the tournament. Each volleyball player from the symbolic team will receive $ 10 thousand, and the MVP – $ 30 thousand.

All matches of the Russian national team will be shown live on the TV channels of the “Match” holding… For example, today’s meeting with the Netherlands can be viewed on the Match! Country ”, Saturday meeting with Iran – on the public“ Match TV ”, Sunday game with Japan – on the channel“ Match! Arena”. In addition, some of the top matches with other teams will be broadcast. In particular, the USA – Brazil on May 29 at 22:00 Moscow time. The broadcasts are duplicated on the Sportbox portal.

If this volume of broadcasts is not enough, then there is the site volleyballworld.tv, where you can watch the League of Nations without limits, but for a subscription: 3 euros – a subscription for a day, 8 euros – for a week, 15 euros – for the entire tournament. For this money, all live broadcasts, recordings of matches and cuts of the best moments are opened.