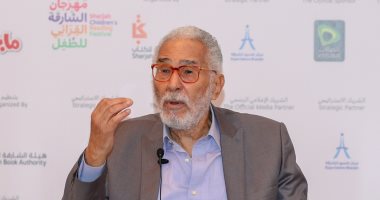 The latest health developments for the artist, Abdel Rahman Abu Zahra, after he was infected with the Corona virus

The artist, Nihal Anbar, a member of the Actors Syndicate Council, reassured fans of the artist, Abdel Rahman Abu Zahra, about his health condition, confirming that it is stable, and he is in the hospital under the observation of the doctors who confirmed the stability of his condition.

Nihal Anbar added in a statement to “The Seventh Day” that the able artist Abdel Rahman Abu Zahra contacted her by phone from inside the isolation hospital and said that the doctors told him that he would be released in the coming days as soon as he was assured of his health and continued stability, while making sure of the negative smear.

And the great artist, Abdel Rahman Abu Zahra, had topped the trend of the Google search engine after announcing his infection with the Corona virus, and his admission to the hospital to receive the necessary treatment and care, which made the fans and fans of Abdel Rahman Abu Zahra trying to know the details of his injury from the beginning..

And the beginning was after Ahmed Abdel Rahman Abu Zahra, the son of the great artist, told “The Seventh Day” that his father was infected with Corona, and that he had received the vaccine some time ago and received the three doses, and the last dose was the revitalization on December 27 last, and the son of the great artist reassured his fans, saying: Praise be to God. For God’s sake, his health is in great improvement and he is on regular treatment.

While the captain of the representative professions, Dr. Ashraf Zaki, said that the health condition of the great artist, Abdel Rahman Abu Zahra, is stable, after medical analyzes confirmed that he was infected with the Corona virus, explaining that he is receiving excellent medical care, adding that the union is constantly following up on his condition with the doctors who follow his condition inside the isolation hospital. in old age.