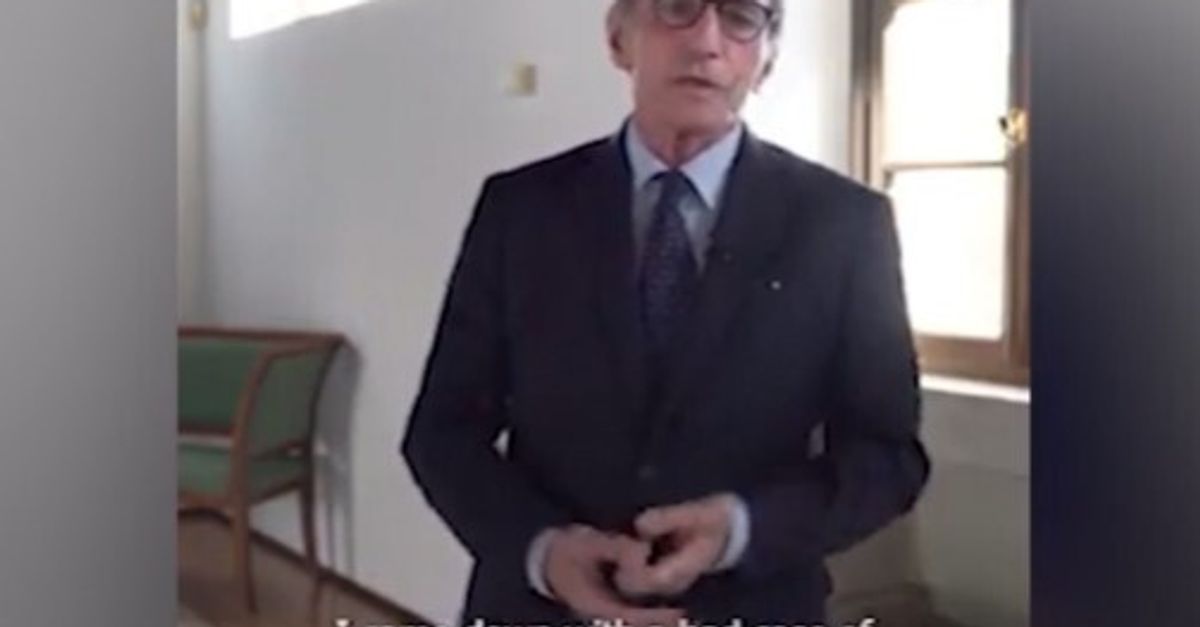 The last months of Sassoli, from “legionella pneumonia” to hospitalization after Christmas

“I was badly hit by a bad legionella pneumonia. I had a very high fever, I was hospitalized in Strasbourg. Then I returned to Italy for convalescence, but unfortunately I suffered a relapse and this prompted the doctors to recommend me a series of analyzes and investigations “.

Thus in a video of November 9 David Sassoli, with a tired voice, explained his absence due to illness from the European Parliament. “Doctors are working to enable me to work on my schedule as soon as possible. My thanks go to them for their competence and their attention ”.

On 22 November Sassoli returned to chair the Strasbourg Chamber: “I wanted to thank the vice-presidents, group presidents, political groups and the administration at the opening of this plenary. Unfortunately I was absent due to illness and I had very bad pneumonia, but the activities of the Parliament continued and I wanted to thank everyone for this ”he said. In those days there were rumors about his possible reapplication to the European Parliament, supported by the group of European socialists. Then the resignation of Sassoli himself, in the name of preserving the Ursula majority, on 15 December: “The pro-European front would risk dividing, and would go against my history, our beliefs, our battles. I can’t allow it ”.

On December 16, the intervention at the European Council, with the appeal for the reform of the Stability Pact and the return to a “Europe that protects”. “Innovate, protect, disseminate: here are the 3 proposals that I propose to guide the renewal of our European project”.

On December 26, he was admitted to the Aviano cancer center for serious complications due to a dysfunction of the immune system. A news released by his spokesperson only yesterday, when David Sassoli’s conditions were desperate. “There has been a complication in the last few days that has dramatically worsened his health conditions,” Roberto Cuillo, spokesman for Sassoli, told Rainews24.

“You can live and die in many ways. David Sassoli fought and worked until the last possible moment, informing himself, actively participating in the cause of the common good with indomitable curiosity and passion despite the increasingly precarious state of health, after the temporary recovery some time ago “writes the staff of the president of the European Parliament in a farewell post. “For the President of the European Parliament, for the politician Sassoli, for the man David in his private dimension, the basis of every action, of every behavior, of every choice were, very firmly, the human values ​​of reference: loyalty, consistency, education, respect. In this sad moment for many and many Italian and European citizens, the strength of his teachings and indications remains intact: never pretend, never feed controversy, spirals, prejudices, gossip, pettiness “, we read again. “Personal principles so profound as to shape, with an unmistakable trait, also the practice and probably the theory of political action itself. Principles that are as simple as they are absolutely mandatory, from which in no case should they be deflected. For no reason. Even when, recently, in the face of his serious health problems, delusional malevolence about Covid and the like had spread on the net, even at that moment the choice not to reply, not to exacerbate the tones, seemed to him the only possible one.
Paradigm of style, confidentiality, sobriety ”, adds the staff. “And of a rare commodity, in the climate of contemporary politics: authority. Politics and morals. The trust that so many of you placed in him, if it can be a comfort, was well placed. The esteem for him, too. With David Sassoli, Europe and Italy lose a man of primary level institutions, who believed in politics in its noblest sense, in a Europe bulwark of rights and opportunities, in the commitment in favor of the weakest and most defenseless, in the fight against all forms of injustice and prevarication, always with a smile. Here it is to see himself greeted with a smile, as well as with this happy image he greets us, it is the thing that perhaps most could please him. Nice they were so many smiles … Goodbye, David. Thank you”.