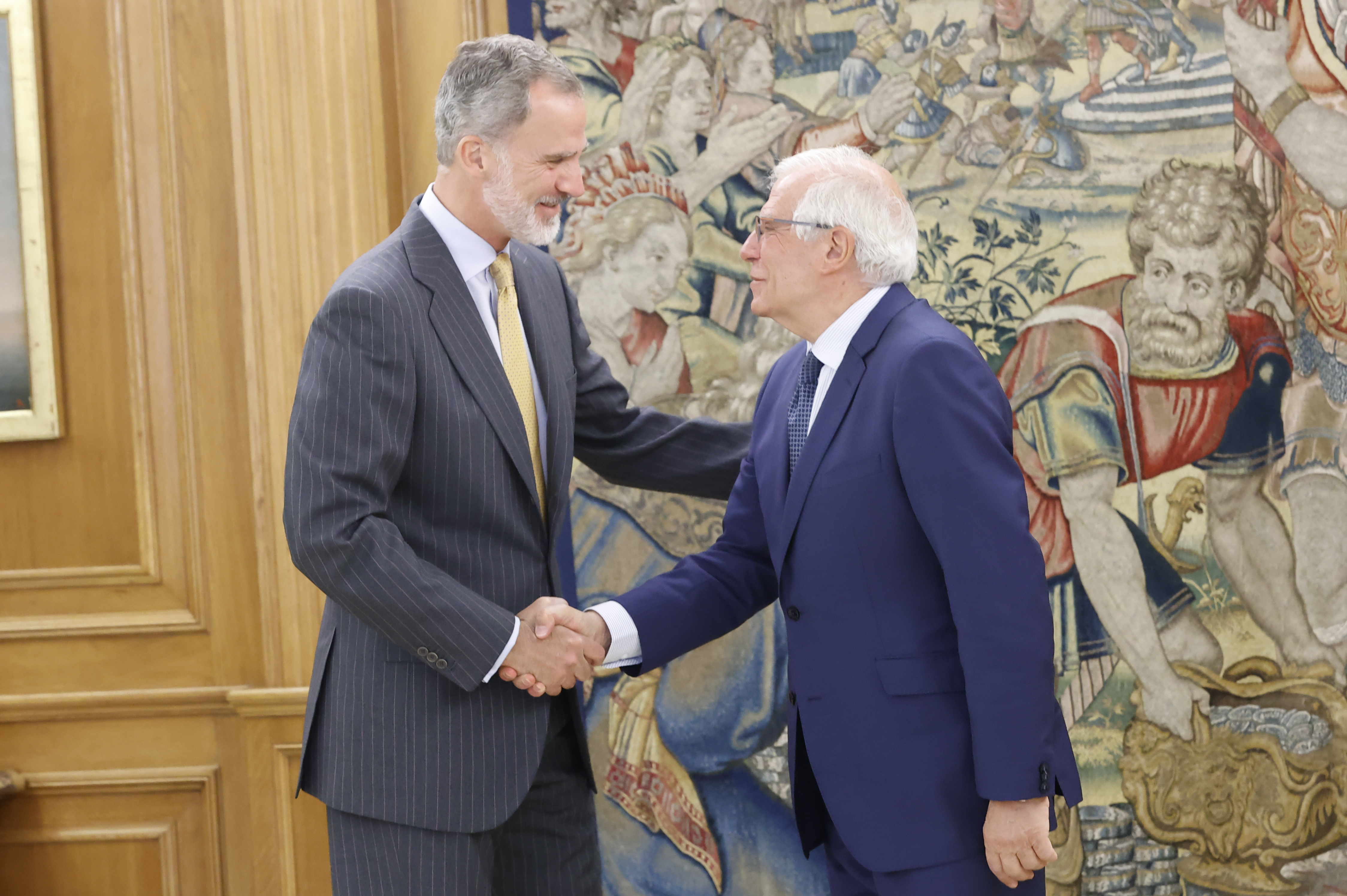 The King meets with Borrell, prior to the NATO summit

The King received this Monday the High Representative of the Union for Foreign Affairs and Security Policy and Vice President of the European Commission, Josep Borrell, two days before the start of the NATO summit, which will take place on Wednesday 29 and Thursday 30 June in Madrid. Felipe VI’s audience with the head of EU diplomacy is the first of the high-level meetings that the Head of State will hold on the occasion of the meeting of the Atlantic Alliance.

Felipe VI’s meeting with Borrell, the high-ranking European official in charge of directing and executing all community foreign policy, was held this afternoon at La Zarzuela. On the table, the key issues that will be debated at the NATO summit, notably the renewed document that will guide the Alliance’s strategies in the coming years and that will take into account the current crisis with Russia, the strength of China or emerging technologies.

The King’s agenda is packed this week. In addition to the dinner that he will offer on Tuesday to those attending the NATO summit, which takes place on Wednesday and Thursday, Felipe VI will hold meetings with several of them.

Same Tuesday afternoon. The head of state will meet with the president of the United States, Joe Biden, whom he will already receive at the Torrejón de Ardoz air base (Madrid) at the foot of the steps of his plane. The US president will arrive from Germany, where he will attend the G-7 summit earlier. That same afternoon, Felipe VI and Biden will meet at the Royal Palace, where the head of state will also meet with the Secretary General of NATO, Jens Stoltenberg.

Before the meetings at the Royal Palace, Felipe VI plans to speak at the Nato Public Forum organized by the Elcano Royal Institute together with other think-tank meetings, in which other leaders will also take part, and which is being held on the margins of the summit.

On Tuesday, the King and Queen will offer a dinner at the Royal Palace to all the leaders attending the summit — the 30 allies and a dozen other invited countries — and their companions.

Already on Wednesday, Felipe VI will receive the president of the European Commission, Ursula Von der Leyen, in audience, and will hold two meetings with the president of South Korea, Yoon Suk Yeol, and with that of Finland, Sauli Vainamo Ninistro.

The King will complete his schedule of appointments related to the NATO summit on Thursday, with an audience with the President of the European Council, Charles Michel, and another with the Chairman of the NATO Military Committee, Admiral Rob Bauer.