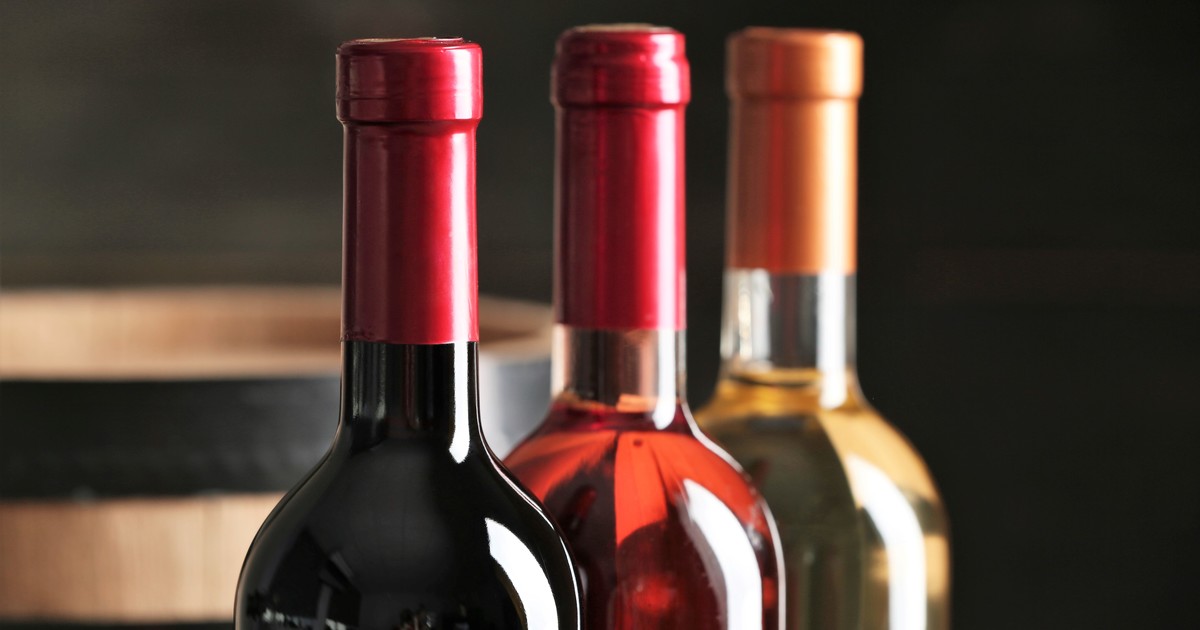 Since the 17th century, when wine was first stored in a glass bottle, this container is the undisputed one to preserve our national drink. But now this fundamental input in production appears to be itself a global problem: it is missing in the world, here its price has gone through the roof and they are also starting to question its environmental footprint.

“The problem with wine bottles.” That’s how synthetically and eloquently the American newspaper The New York Times titled a long article these days, in which it delves into the difficulties that the “perfect container” poses today for the wine industry in the northern hemisphere.

After the common supply chain problems Due to the pandemic, it adds, bottles from China, an important source for the US, have been subject to 25% tariffs since 2018. And the stoppage of bottle production in Ukraine because of the war availability has dropped for Europe.

In Argentina, the lack of glass made headlines almost a year ago, when the plant of the Verallia company in Mendoza, one of the main suppliers to the local market, caught fire. Today it is normalized, but in some cases you still feel a little beat.

“Although the lack of glass stock affects the world, the impact in Argentina was multiplied by the fire in Verallia. The situation was improving, but we are still far from full normalization”, agrees Alejandro Vigil, president of Wines of Argentina, the organization of wineries that promotes Argentine wine in the world.

“Also the situation with the rest of dry ingredients it also complicates export: labels, barrels, corks”, lists the winemaker.

“We ask for the currency dollar to keep up with inflation. Last year we had an export record, the highest since 2012. The need for the dollar for exporters is to not lose competitiveness“, says José Alberto Zuccardi, head of the Argentine Wine Corporation (Coviar), a public-private body that seeks to promote the sector.

And reasons: “Wine is not a commodity like soy what you can solve for a special time, a punctual dollar does not help us. We need a type of exchange that serves us and is sustained over time. It is very difficult to enter a market and if you leave, when you re-enter you do not do so under the same circumstances”.

The wine industry is hit by the rise in prices of its inputs. Photo file

But in this scenario, the subject of this note is the bottle. The national wine production requires 940 million per year, according to data from the Argentine Vitivinicultural Observatory. And this demand is basically supplied by the national industry.

With the post-fire crisis in Verallia, some wineries had to resort to imports and today, in some cases, specific bottles with special formats or white glass are still imported. That of 750 ml and dark glass, which in 1821 H. Ricketts & co. Glass Works Bristol as a standard container is manufactured in three plants in Argentina.

Verallia produces 35% of the total and Cattorini the remaining 60%. Both plants are in Mendoza and the remaining 5% is made by Cristalerías Rosario, in Santa Fe. But Verallia concentrates the largest percentage of the containers destined for export: 70%, in addition to 95% sparkling wines.

Today there are no major bottle supply problems. But yes for price. “Last year and this year, its value has doubled with inflation”, estimates Zuccardi. The variation of the CPI 2021 was 50.9% and 36.2% in the first half of 2022. Wine, again according to data from the Observatory, increased by 65% ​​between June 2021 and June 2022.

The bottles have a lot of price spread because it depends on the thickness of the glass, the color and the shape. They vary between 40 and 90 pesos per unit.

What are the causes of this excessive increase in glass? During the “crisis” of the Parate de Verallia, there was a demand-supply logic: the wineries needed bottles, and there were few. General inflation naturally has an impact in this 2022, although in the sector they also have a speculative component in this cost increase.

But there is another important reason for the increase in glass, in which several sources consulted by this newspaper agree. And it is called soda Solvay.

Many consumers find it difficult to change the bottle for other formats. Photo file

“Although produced in the country, the production did not have the continuity or the quantity demanded by the glassworks, which they were forced to import. And apart from the cost, the logistics component has increased a lot”, explains Milton Kuret, executive director of the Bodegas de Argentina entity.

And he adds another element: “In the production cost matrix of glass has an important weight energy. And in the winter months, when the gas supply is not complete, companies have to turn to other fuels that are more expensive”.

Mariano Braga is a famous Argentinian sommelier living in Spain. From there it agrees the problem with bottles is global.

“Because of the Covid, many factories were working at half their capacity and they are still restocking that low inventory. The big wineries, also in Europe, take the biggest quotas and the smallest juggle and bottle in the formats they get”, he analyzes what is happening on the other side of the sea.

Another international factor that complicates the comparison is the increased logistics costs due to the pandemic, which complicates both the entry into the country of foreign inputs and the export of local production.

“The shipping lines have collapsed and cannot handle the transport of merchandise, and there are delays in the operation of the port terminals. We export a lot to Canada. The loads took us 60 days and we had another 30 to collect. Today we ask 150″, complains Fernando Rovello, general manager of Black Stone Winery.

“In Argentina we are far away and we are very sorry about this global logistics problem. The price of transport has quadrupled and to this is added the Argentine inflation. It’s the perfect storm”, adds Anne Bousquet, CEO of Domaine Bousquet, which imported during the Verallia strike, today it only has one special model bottle that it brings from Chile and they work with local producers to produce it here.

The New York Times note focuses on another issue that the wine industry has so far not addressed: the potential environmental impact of the wine bottle.

“Manufacturing glass bottles requires a large amount of heat and energy, and bottled wine, with all the necessary packaging materials to protect the fragile containers, are heavy loads that require a lot of fuel to transport. The heavier the cylinders, the more fuel is burned and more greenhouse gases are produced“, the article says.

He talks about some projects in the United States to settle returnable bottle systems, something like the growler of the breweries, which failed miserably. And also of other formats that are theoretically friendlier to the environment that are beginning to be investigated.

Pocket-in-boxes use the box with a valve. Photo file

In Argentina, The bottle is not the only way to bottle wine. In fact, canned wine for individual consumption and bag-in-box, a cardboard box that encloses a plastic bag with the equivalent of four bottles of wine dispensed through a valve and guarantees its organoleptic conditions for four weeks.

But it is difficult for the consumer to make the change. And the question is whether these formats serve more to capture a new audience – for example a young person who chooses a can instead of a beer – than to keep the traditional one.

“Bag-in-box still has a bad reputation though the packaging system is good. The can is like the big one eternal promise. It is still a niche product, younger, consumed in a relaxed context. Difficult for those who drink a red to drink it from the spout of a can”, Braga analysed.

In Piedra Negra today they produce 90,000 liters in bag-in-box, 6% of the total. “It is growing but it is a market that is difficult to grow”, admits Rovello and points out that this conservation format works well for young winesdesigned to be consumed throughout the year.

The winery, which has a strong focus on sustainability, says that this was one of the reasons for promoting it as a way to fractionate quality wine. “The bag-in-box contaminates a fifth of the glass both in its manufacturing and in its transportation, as you need fewer trucks and less protection”.

But these developments in the market in general have more to do with expanding buyers and consumption situations.

“The wine has sustainable packaging. Aluminum and glass are efficient in terms of the recycling system. The wine does not use PET, which causes serious problems of environmental pollution,” points out Zuccardi.

Braga contributes his view from a market, the European one, where they are much further than here in environmental issues. “Even the most conscious still prefer bottled wine”, he says, noting that yes they point to the “use of lighter bottles, but it is very exceptional to see an alternative packaging system that is not a bottle”.

And he admits that in Europe, the demand for the sustainability of the bottle It’s not even something that can be discussed.with a wine industry plagued by other more pressing problems such as the lack of inputs and the impact of climate changewith extreme heat forcing wineries to seek new latitudes further north to plant.

But this does not exclude that, if the consumer starts to demand it, only then will the debate begin. Meantime, the wine will still be drunk in the bottle.

SUBJECTS APPEARING IN THIS NOTE