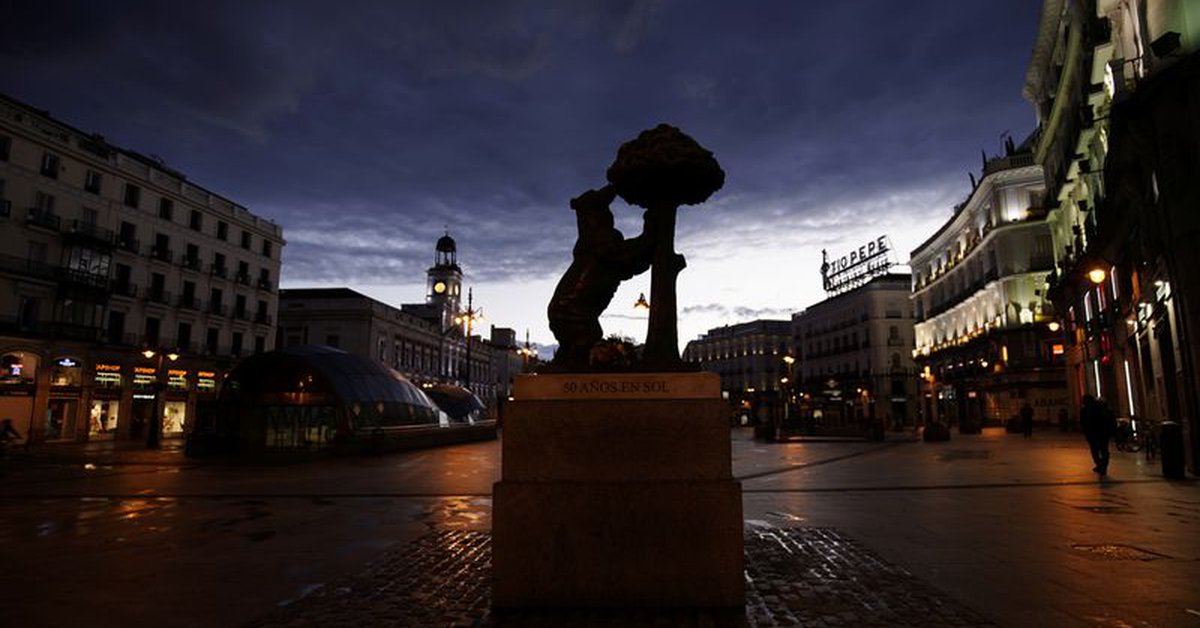 El Oso y el Madroño in a deserted Puerta del Sol during confinement after the outbreak of the coronavirus disease, on April 19, 2020 (Photo: Reuters)

The Plenary of the Spanish Constitutional Court declared that the state of alarm that the Government of Pedro Sánchez decreed on March 14, 2020 exceeded the current legal framework. The ruling also states that In order to apply the confinements, the Exception status, which determined a prior agreement of the Congress.

By just one vote, and going back to the beginning of the pandemic, the magistrates consider that the suspension of freedom of movement that resulted in home confinement was unconstitutional, under which this fundamental right could have been modulated but not suspended indiscriminately.

The first consequence of this decision, which is taken at the request of the constitutional appeal of the far-right party Vox, is that fines that are not firm are annulled, although the court has shielded the state from massive claims, giving a framework limiting the scope of your decision.

For the goverment, the ruling of the Constitutional Court known this Wednesday is a harsh questioning of the Executive, who has reacted annoyed, reaffirming that the decree invalidated by the highest body of justice, surprising for not knowing that this decision “was absolutely essential to save lives”.

For days there was a strong internal tension in the Constitutional. The agreement came after a split vote on the constitutionality of the decree of the head of Government. Two blocks with antagonistic positions since the matter was raised to plenary session a few weeks ago.

Although there was a period of 15 days to reach the best possible agreement, finally It has been the vote of Vice President Encarnación Roca, a judge elected at the proposal of Pedro Sánchez’s Socialist Party (PSOE), who has tipped the balance in favor of declaring it partially unconstitutional. Six judges compared to five who consider that the restriction of freedoms did not comply with the legal framework.

For the Pedro Sánchez government, the sentence expresses a “political” position (Photo: Reuters)

Since the coronavirus pandemic began, a constitutional debate has been raised regarding the need or not to declare a state of exception in cases of suspension of fundamental freedoms of Spanish citizens. According to one part of the doctrine, the state of alarm was sufficient as a legal safeguard. For other constitutionalists, quarantines are a restriction on fundamental rights that require a declaration of a state of emergency.

For the government, in addition to the parliamentary review prior to the closures, declaring a state of exception implies a much more severe restriction of fundamental rights and it diverted control in the Legislative Branch.

Faced with an internal political crisis in the socialist government of Pedro Sánchez, that was even reflected this week with a removal by part of his cabinet, the sentence expresses a “political” position. The Supreme Court, with six votes in favor and five against, supports the presentation of one of its magistrates, the conservative Antonio Trevijano, argument of the right to accuse the Government of having managed the pandemic with an unconstitutional measure, although the urgency of the legal instrument was aimed at “saving lives” in the midst of the crudest of the health crisis that cost more than 81 thousand deaths.

In practice, the sentence will have no effect on citizens, since the only thing that will have to be studied is how many fines already collected will have to be returned as a result of a sentence that annuls a single article of the decree of the state of alarm. The jurists explain the limitation of the fault by maintaining that in the scope of their decision “citizens have a legal duty to bear the material damages they have suffered.”