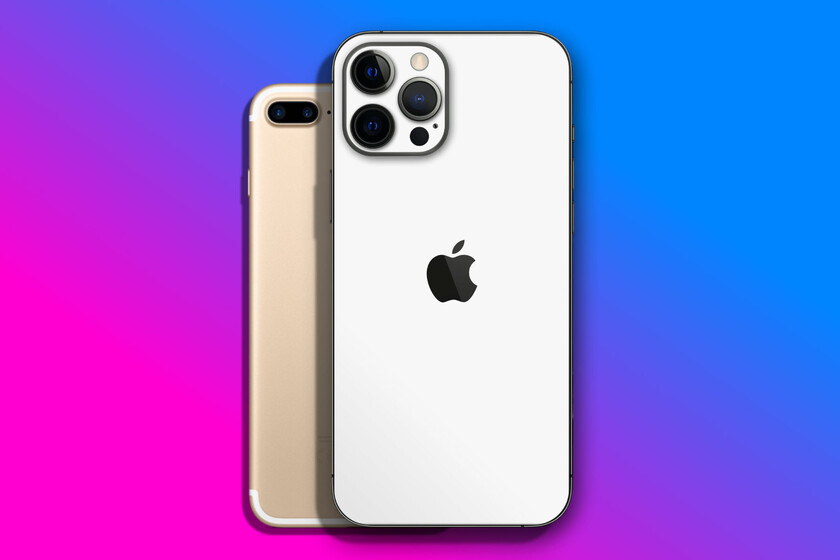 Gone are the years when the iPhone was one of the few phones on the market with certain screen diagonals much smaller than the rest of the competition. Yes, the iPhone 5 grew slightly vertically, but it wasn’t until the Plus models where we begin to see larger screen diagonals.

An evolution that has been underway since 2014

Gone are those iPhone and those screen diagonals. And since then we have seen how iPhones have grown generation after generation. The move to Face ID, which removed the Home button from the front, was also an important step. Later Apple reduced the size of the bezels and further enlarged the screen. And now, with the iPhone 14 in its Pro Max variant, not only is the size of the notch reduced, but according to rumors, the size of the device will increase slightly.

The trend towards bigger and bigger screens is something that we see in all Apple products. Rumors of the Apple Watch Pro, a variant of the Apple Watch Series 8, suggest that the screen will grow by 7%. That after the increase in size with the Series 4 and Series 7.

Something similar happens on the Mac. The 13 inches have gone to 14 and the 15 to 16. Rumors point to a 15-inch MacBook Air, while in the iPad family the new design of the iPad Air and the iPad mini give them more screen diagonal without ignoring the rumors of a 14.9-inch iPad.

What started with an iPhone 6 Plus, it has been established in all product families. The iPhone 14 Pro Max has been setting that trend, with all its predecessors, since 2014 and now it will grow a little more. Undoubtedly good news for all of us who prefer the maximum screen size, although in the meantime, models such as the iPhone 13 mini disappear from the catalog. We’ll see how big our devices are in five or seven years, though maybe by then we’ll all be wearing Apple Glasses and huge screens won’t take up any room.

See also  Android phones: what happens if you charge them overnight?