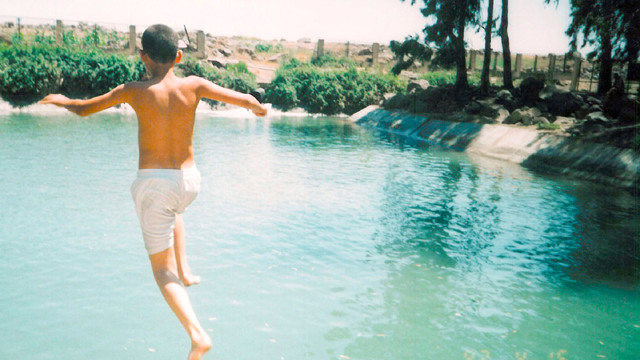 In the essay Return to Tipasa in 1953 Albert Camus wrote: “I was finally learning, in the heart of winter, that there was an invincible summer in me”. The new edition of the European Photography festival in Reggio Emilia from 29 April to 12 June conceptually unravels from this sentence.

Summer for Camus is a moment of re-appropriation of the forces that move the human being, to resist difficulties and find a push towards the future. Nothing more suitable after two years of pandemic that have upset our daily lives, depriving us of social spaces in which to meet and experience the outside world.

In the selection of the projects on display, the critic and curator Walter Guadagnini together with the British photographer Tim Walk invite us to reopen our eyes to enter those stories that interpret the complexity of reality with originality and reflect on the role of images in our age. “Photography is an extraordinary language for telling both public and private stories,” explained Guadagnini. “We looked for images in which these aspects appeared simultaneously, providing the widest possible view of the most recent manifestations of international photography.”

Come in Talashi by Alexis Cordesse, in which the Syrian war is told through the personal photos of those living in exile. The French photographer met the refugees when they arrived in Turkey and Europe and used their memories to build a story made of words and images capable of bringing us closer to the drama of the Syrian people with greater empathy than traditional chronicles.

Chloé Jafé instead takes us to the Far East to show us a little known story, that of the women of the yakuza, the Japanese mafia. I give you my life it is a long project, which began in 2013 when the French author moved to the country, spending a year learning the language and knowing the codes of a society so distant from her own. Jafé managed to get in touch with some clans, documenting the life of women who live in the shadow of criminals.

Among the other photographers exhibited in Reggio Emilia there are also Nicola Lo Calzo, Jonas Bendiksen, Hoda Afshar, Carmen Winant, Seiichi Furuya, Ken Grant and Guanyu Xu. Finally, the traditional exhibition dedicated to a historical author is about Mary Ellen Mark, the American documentary photographer who for fifty years has told difficult and painful stories in a powerful and revolutionary way, with particular attention to the female universe.