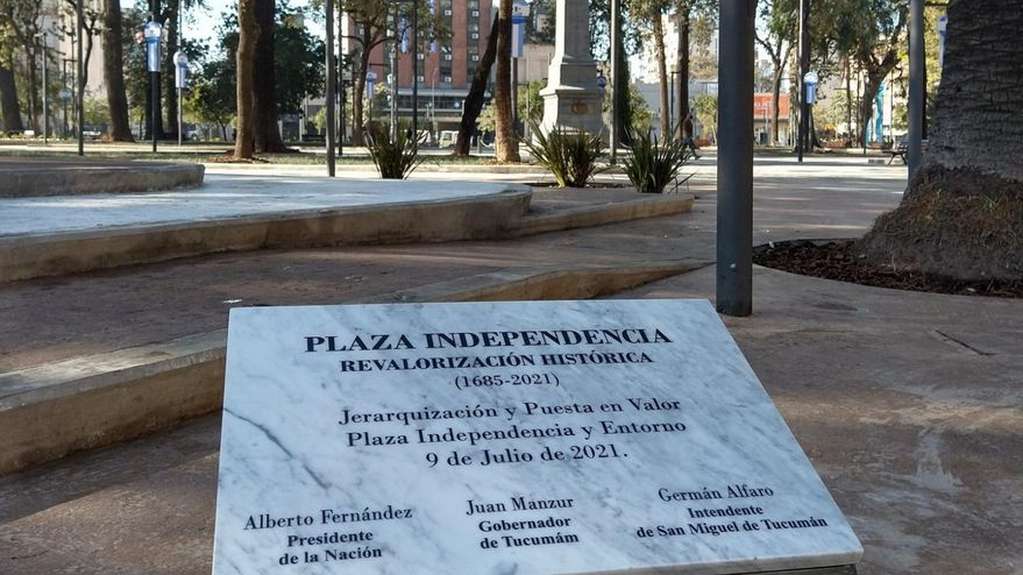 A misspelling in the text of a marble plaque placed on the Independence Square of Tucuman had the city authorities remove it in less than 48 hours. The photos of the plate with the error they went viral on social networks within minutes having been placed by an annoying “pifie”.

At first glance, the error is not easy to find. To do this, you have to read the text written on the marble from end to end.

As can be seen, the first time it appears the word “Tucumám” has a final “m” where an “n” should go.

The Legislature withdrew the plaque tribute to Soda Stereo

In 2018, the Buenos Aires Legislature placed a plaque in the Belgrano neighborhood in homage to Soda Stereo. Charly Alberti and Zeta Bosio, accompanied by Laura, Gustavo Cerati’s sister; they were the ones who discovered it and remembered the band.

However, an error in the name of the musical group unleashed the scandal. The plaque, which was placed on the corner of Victorino de La Plaza and Almirante Sixto Barilari, read: “Esquina Soda Estereo”. Here the icon band of national and Latin American rock was born. To correct the error, someone covered the E with a white corrector and it looked like this:

To continue avoiding embarrassment, the Legislature sent two employees of the Buenos Aires Government to directly remove her. It seemed like an easy job, but a bolt holding the plate jammed and everything took a long time.

Finally, and after several attempts, they were able to remove it and from the Twitter account of the Legislature of the City of Buenos Aires, announced that it will be replaced shortly.