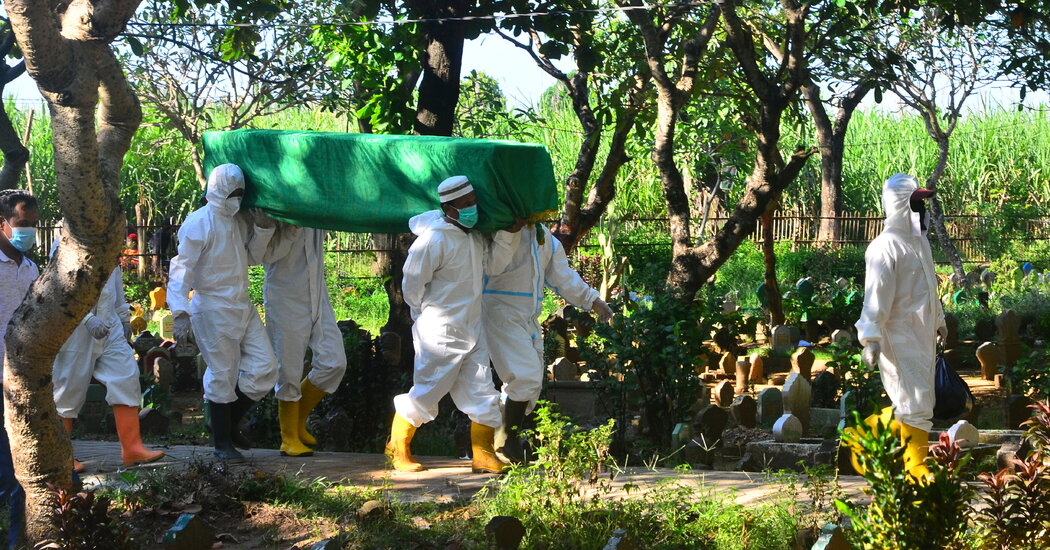 Batbayar Ochirbat, principal investigator with the Mongolian Ministry of Health’s Emergencies Scientific Advisory Group, said the country had made the right decision in opting for the Chinese-made vaccine, in part because it had helped keep the death rate low in the country. country. Data from Mongolia showed that the Sinopharm vaccine offered greater protection than the doses developed by AstraZeneca and Sputnik, a Russian vaccine, according to the Health Ministry.

The reason for the increase in Mongolia, according to Batbayar, is that the country reopened too quickly and many people believed they were protected after just one dose.

“I think you could say that we Mongols celebrate too early,” he said. “My advice is that celebrations should start after full vaccinations, so this is the lesson learned. There was too much confidence ”.

Some health officials and scientists are less confident.

Nikolai Petrovsky, a professor at Flinders University School of Medicine and Public Health in Australia, said that with all the evidence, it would be reasonable to assume that the Sinopharm vaccine had minimal effect in slowing transmission. A major risk with Chinese inoculation is that vaccinated people may have few or no symptoms and still transmit the virus to other people, he said.

“I think this complexity has not been taken into account by most of the leaders around the world.”

In Indonesia, where a new variant is spreading, more than 350 doctors and healthcare workers recently became infected with COVID-19 despite being fully vaccinated with Sinovac, according to the Indonesian Medical Association’s risk mitigation team. Across the country, 61 doctors died between February and June 7. Ten of them had received the Chinese-made vaccine, the association said.