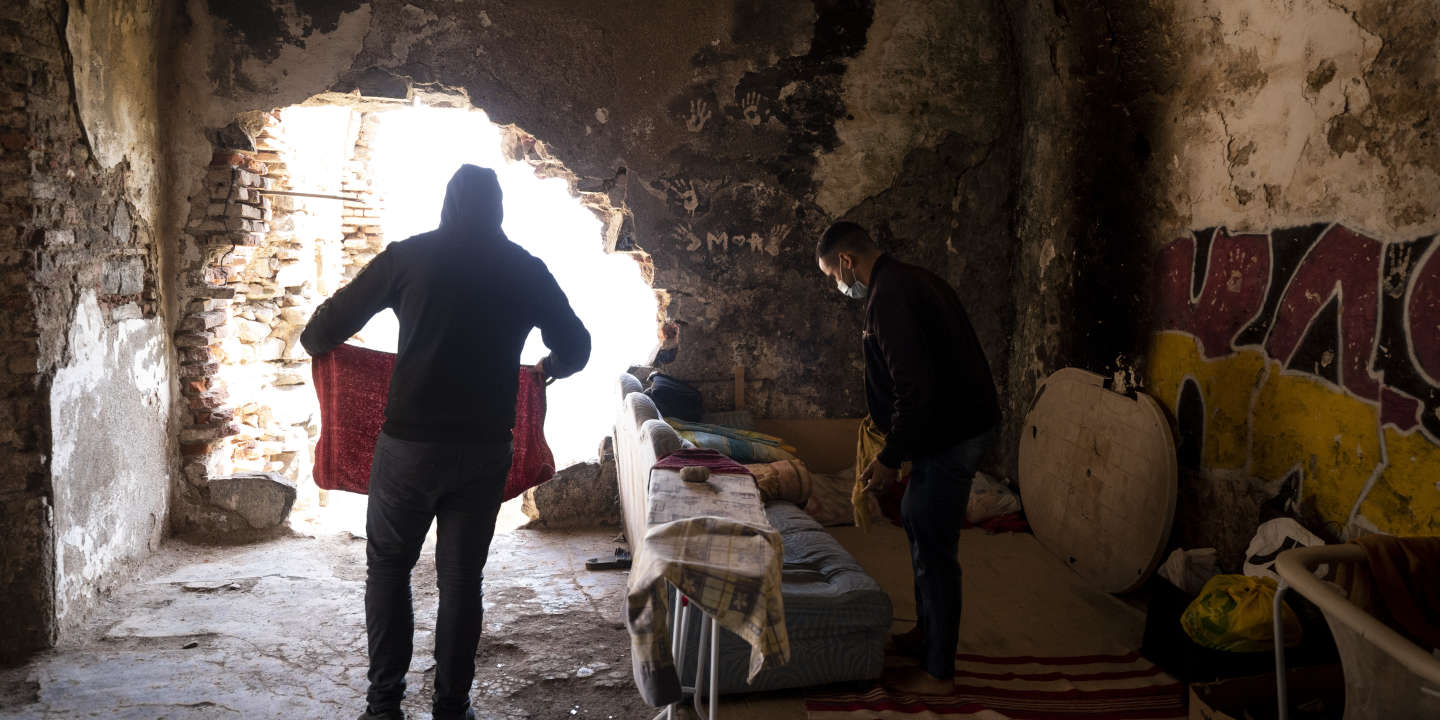 the impossible departure of Moroccan children and adolescents stranded in Ceuta

ReportageThe Spanish territory hopes for the return to Morocco of a thousand minors from the kingdom. The city of Ceuta has set up a telephone number for this, which in two days received more than 4,000 calls from parents looking for their child.

From Santa Catalina de Ceuta Park, a rocky promontory dominating the sea and blown by the wind, the contours of the Rock of Gibraltar and the Spanish peninsula are clearly outlined on the other side of the strait, barely 14 kilometers as the crow flies . Arafa, 16, who arrived in the Spanish enclave on May 18, when more than 10,000 Moroccans crossed the border in less than 48 hours, looks at the horizon. Does his family know he’s here? “It was my parents who told me to look for a better future in Europe”, answers the boy, originally from Tetouan, 40 kilometers further south.

With five other traveling companions, they are shivering with cold, at the end of the day of June 2, while waiting for a neighbor who has promised them food. If, after days spent avoiding the police, Arafa wanders the streets of Ceuta, living on the solidarity of the inhabitants, rather than going to one of the centers set up for unaccompanied minors, it is because he is afraid of to be “Returned to Morocco”, he said. His goal: to cross the strait “No matter what, in an inflatable boat or in a ferry, hidden under a car or even in a garbage truck …”, he explains with a childish smile.

Almost three weeks have passed since the entry of thousands of Moroccans in Ceuta, after a deliberate relaxation of border control by Morocco, in a context of diplomatic crisis between Madrid and Rabat. Brahim Ghali, the leader of the Polisario Front, a movement that campaigns for the independence of Western Sahara, whose hospitalization in Spain to cure him of Covid-19 had been the detonator of the crisis, left, Wednesday, June 2, in Algeria , aboard a medical aircraft. But everything indicates that his departure will not be enough to ease tensions between the two countries. “The crisis is not limited to the question of a man, does not begin when he arrives nor ends with his departure”, Rabat had specified in a press release the day before.

While nearly 8,000 migrants have been turned back, according to the Spanish authorities, hundreds of others have managed to escape the police, hiding in the city and its hills. In the streets, we recognize the new arrivals by the plastic bag that they hold in their hand for only luggage. On the side of the road that descends from Mont Hache, some people briefly wash themselves at a fountain. The vast majority of the 1,100 unaccompanied minors identified since then have been accommodated in emergency structures. The question of their return to Morocco nevertheless turns into a puzzle.

You have 68.88% of this article to read. The rest is for subscribers only.