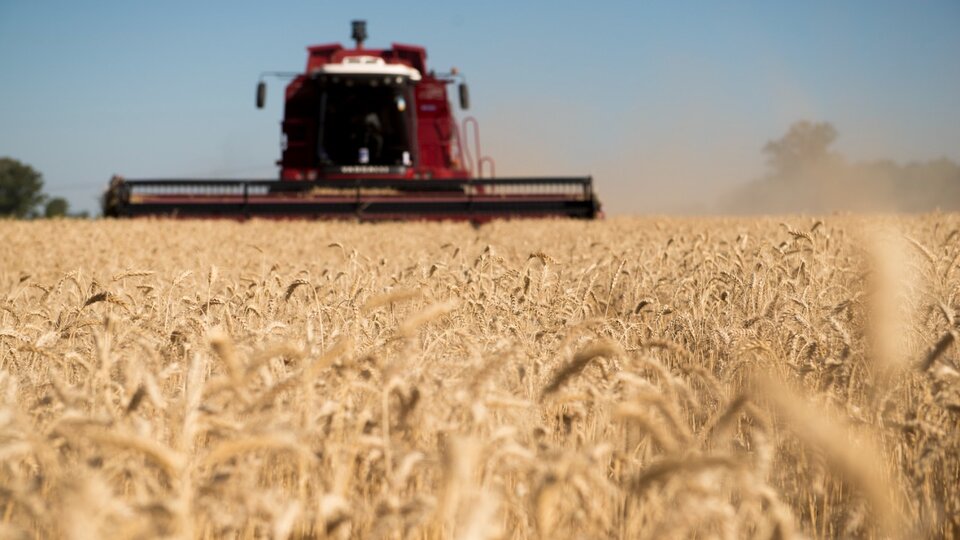 The FAO food price indexan entity that depends on the United Nations, Stood in March 2022 at the highest level since the series’ inception in 1990. The indicator scored an average of 159.3 points, which implies a rise of 12.6 percent compared to February. This is a “gigantic” leap, defined the FAO, which impacted inflation throughout the planet. Are registered historical maximum prices in vegetable oils, cereals and meat, while sugar and dairy products also show strong increases.

Along with the spike in energy prices and the acceleration in prices that occurred at the end of the pandemic, The world is experiencing an inflationary situation unprecedented at least since the early 1980s. In Germany, year-on-year inflation in March marked 7.3 percent, a record since reunification, while in Spain it is at 9.8 percent annually. In the United States, it is 7.9 percent, the highest since the oil crisis during the Reagan presidency, and in Brazil, 11.7.

The Argentine economy comes from a substantially higher inflation floor, for which the acceleration of prices can take it to the threshold of 60 percent. From the initial impact on the side of wheat and derivatives, from the Ministry of Commerce they are already warning about the strong impact of corn derivatives, including poultry and pork, dairy products and widespread inputs such as glass, cardboard and aluminum.

“The increase in March was due to a sudden rise in world prices for wheat and coarse grainslargely driven by conflict-related shocks to exports from Ukraine and, to a lesser extent, the Russian Federation. The likely loss of exports from the Black Sea region aggravated the already tight global availability of wheat. Concerns about the crop situation in the United States of America also contributed to world wheat prices rising sharply in March, soaring 19.7 percent,” said the report, released on Friday.

“After surging 20.4 percent in March, international coarse grain prices hit a record high and Maize, barley and sorghum prices each reached their highest level on record since 1990. Expectations of a significant reduction in maize exports from Ukraine, a major exporter, in addition to high energy and input costs, contributed to a 19.1 percent month-on-month increase in world maize prices . Strong maize markets weighed on other coarse grains, with sorghum prices rising 17.3 percent, while supply uncertainties added pressure to barley markets,” the FAO adds. for now it gives rice, which was little changed from February levels and remains 10 percent below its value a year earlier.

The FAO Vegetable Oil Price Index stood at an average of 248.6 points in March, which represents an increase of 23.2 percent compared to February, a new historical record. The sharp rise in the index was driven by rising oil prices from sunflower, palm, soybean and rapeseed.

In the case of dairy products, the FAO registered an average of 145.2 points in March, an increase of 2.6 percent. This is the seventh consecutive month of increase and pushes the index to a value that is 23.6 percent above its value a year ago.

See also  the prices of notaries in 500 French cities

“The prices of dairy products maintained their upward trend, supported above all by the growing scarcity on world markets as milk production in Western Europe and Oceania was insufficient to meet world demand. Butter and milk powder prices rose sharply, supported by a surge in import demand for short- and long-term deliveries, especially from Asian markets, and strong domestic demand in Western Europe. . Meanwhile, while cheese markets were also facing a tight supply situation due to strong domestic demand in Western Europe, the value of the index fell slightly as a result of the effects of exchange rate fluctuations. “, describes the dependent entity of the UN.

The meat price index it rose 4.8 percent from February and reached an all-time high. In the case of pork, there was the most pronounced monthly increase recorded since 1995, due to the shortage of supply of slaughter pigs in Western Europe and a sudden rise in domestic demand due to the upcoming Easter festivities.

In the case of sugar, the monthly advance in March was 6.7 percent and 20 percent annually. “The rebound in international sugar prices in March was mainly due to the sharp rise in international crude oil prices, which reinforced expectations about a greater use of sugar cane to produce ethanol in Brazil in the next campaign. World sugar prices received an additional boost from the continued strengthening of the Brazilian real against the US dollar, which tends to limit producers’ sales due to lower profitability in local currency. However, the good progress of the harvest and favorable prospects for production in India, one of the main sugar exporters, helped to soften the rise in prices and prevented further monthly increases,” says the FAO.

See also  A "System" and Its Need for Reform: Power and Proximity in "Im Zentrum" - TV Review: TV Diary