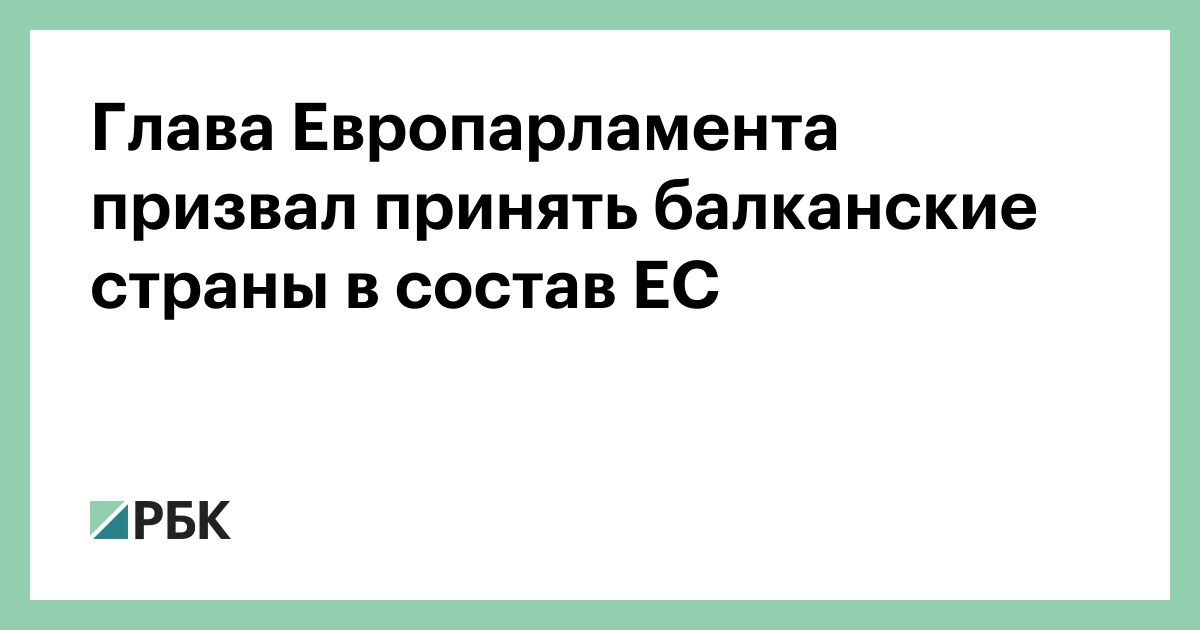 The accession of the Balkan countries to the European Union can bring enormous benefits and is a “positive project for the world”. This was announced by the President of the European Parliament David Maria Sassoli in an interview with the Funke media group.

“Enlargement can bring tremendous benefits to both the region and Europe as a whole, helping to ensure a stable, prosperous and peaceful continent,” he said (quoted from DPA).

Sassoli specified that the pace of accession of the Western Balkans will depend on their compliance with the criteria for joining the European Union. In his opinion, after the completion of the necessary reforms in Europe, they should keep their promise and allow countries to join the EU.

In 2018, the European Union presented an integration strategy for the six Balkan countries. Thus, the list includes Albania, Serbia, Montenegro, Macedonia, Bosnia and Herzegovina, as well as the partially recognized Republic of Kosovo. The published strategy argues that Serbia and Montenegro are favorites that could be “potentially ready” to join the EU in 2025.