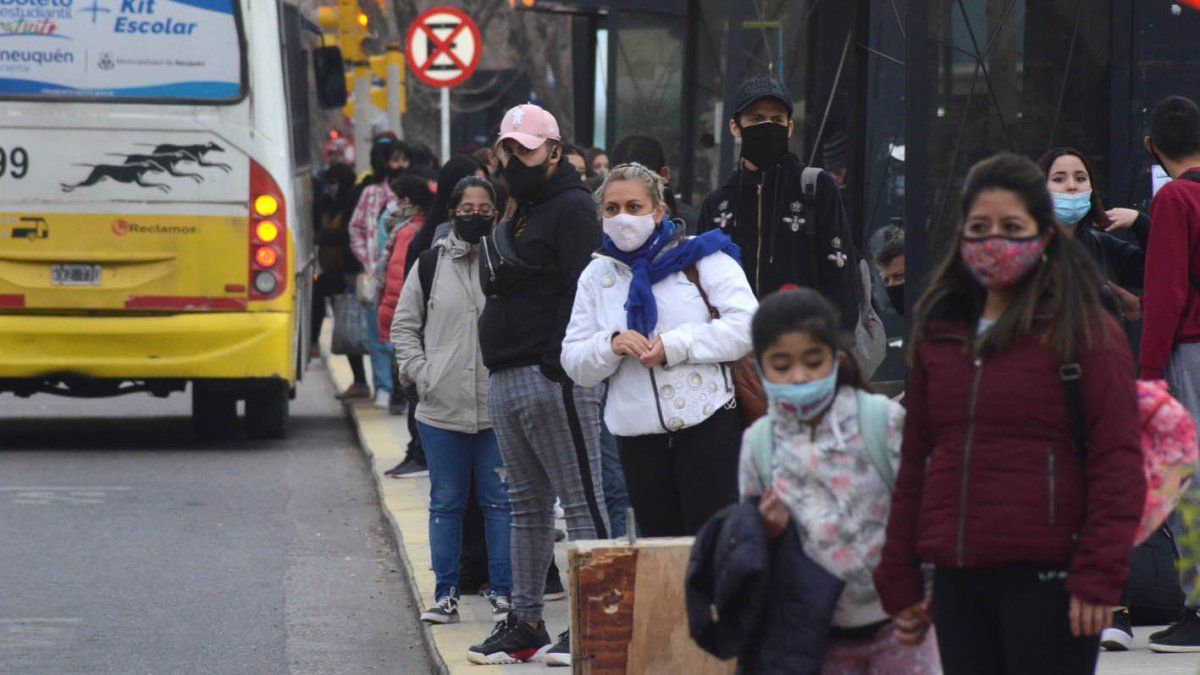 The effectors of Health, both public and private, issued a new release in which they asked to reflect on the new flexibilities adopted by some municipalities, including Neuquén capital. “The loss or not of circulation is very important and has a direct impact and real consequences on the health system, for better or for worse,” says the statement issued this Tuesday afternoon.

“Given the delicate situation we face as a health system due to the sustained rise in contagions in the context of the pandemic “, they indicated that” we are witnessing with concern various modifications on measures aimed at lowering circulation. “

The statement signed by the Minister of Health, the hospital directors and the representatives of the clinics throughout the province indicates that “the levels of hospitalization requirements continue to be very high and this translates into a maximum occupancy, so sustained, of the capacity of ICU beds in the province “

He adds that “we have warned on other occasions about this situation and we see daily in the media how dramatic situations related to it occur. Families traversed by pain, who ask, with great anguish, a solution to desperate cadres.”

The letter maintains that “given the critical epidemiological situation, various strategies were implemented in the province to advance rapidly in vaccination.” To which he indicates that “as we have already mentioned, vaccination is one of the tools that are proposed worldwide to stop the pandemic, but it requires time for people who are vaccinated to develop immunity against the virus.”

“In this sense, the decrease in the circulation of citizen mobility … aims to generate longer-term effects on the sanitary and epidemiological situation, a situation that cannot be resolved from one moment to the next,” the statement said.

See also  To combat stress and be healthy, here's how to regain physical and mental balance with these training exercises to do comfortably at home or outdoors

“Although in recent days there has been a perception of decline in Covid 19 cases, we continue with a weekly average close to 750 daily infections, a number that equals the highest peak recorded during the so-called ‘first wave’,” he says the Health system. And he adds that “it is important to highlight that an eventual drop in the contagion curve does not immediately translate into the normalization of health care.” He remarks that “we ask the community as a whole to reflect on what is at stake every time it acts to the detriment of reducing circulation, since from the Health System the only thing we want is to reduce mortality and the contagion curve to to be able to provide the necessary and quality care that Neuquén and Neuquén people deserve “.