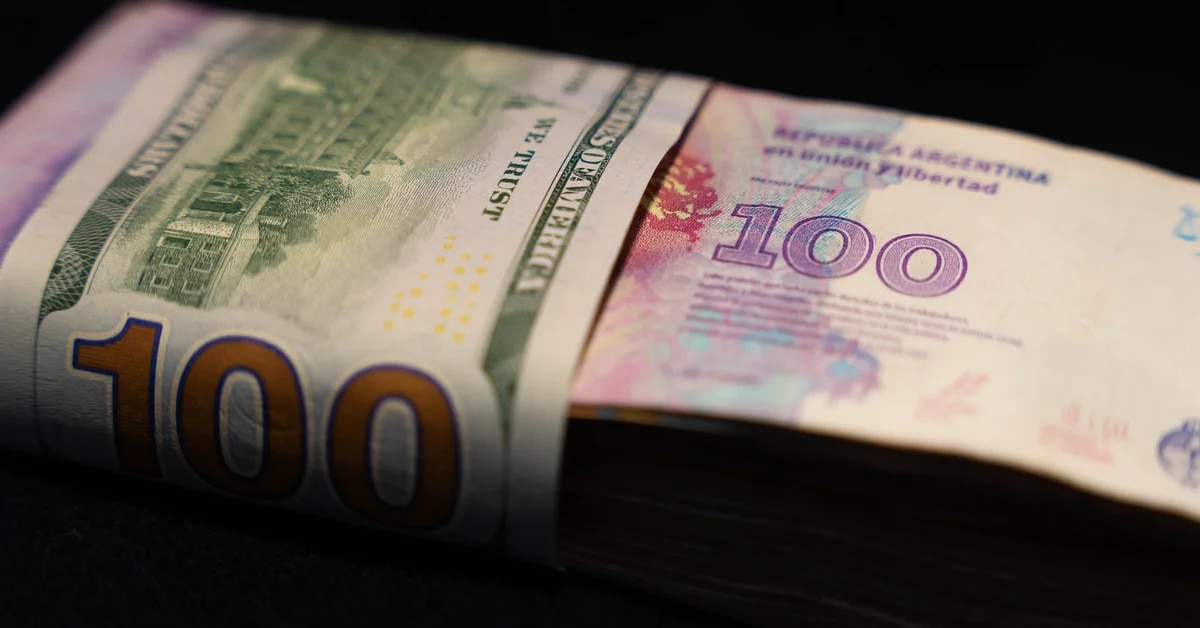 All signs were negative for the market. The dollar continues to be the great concern of the government. It is not only the asset that rises the most, but the one that generates the most rumors. The distrust was reflected in the failure of the opportunity hunters who bought debt bonds in the morning below the USD 20 parity, thinking that they had reached the floor. The development of the wheel showed them how wrong their instinct was. The bonds hit a floor that is the lowest since May 15, 2020 when the exit from the default was being negotiated. At that time, the country risk was 2,837 basis points.

Yesterday with the sharp drop, after the middle of the wheel when Wall Street showed its worst face, the collapse began and titles such as Global 2038 lost 2.26%. The country risk increased 56 units (+2%) to 2,810 basic points and is at the levels of the days of default.

The climate that was experienced in the foreign exchange market was the same. The optimistic opening of the New York Stock Exchanges infected local stocks and made the dollar open lower. But as soon as the first balance sheets that reached Wall Street were known, the mood changed and the financial dollars, despite the better performance of the AL30 and GD30 bonds with which they operate, had significant rises. The MEP increased $2.74 (+0.9%) to $295.24 and the cash with settlement increased $2.47 (+0.8%) to $303.92. The “blue” had a slight decline from $2 to $291 after touching $289, because there was little business.

The situation worsened in the wholesale market where exports, imports and payment of foreign debts are processed, where the devaluation accelerated and the dollar advanced 73 cents (24 cents a day including Saturday and Sunday) to $128.98. But The most serious thing is that the Central Bank was a lonely seller because the exporters did not appear and it had to dispose of USD 130 million, which was the amount that the reserves lowered to remain at USD 40,013 million.

Of course, rumors of measures by the Central Bank grew to cut this drain on reserves, which have fallen by USD 2,771 million so far this month. The issue is that the Central Bank stayed inside the prison it built for the dollar and Any trap he invents is going to work against him because since they don’t have dollars to supply importers, they will go looking for them wherever they can so as not to close their businesses. The more expensive they pay, the higher inflation will be because that cost will be transferred to prices. In fact, since the marked shortage of foreign currency began, bank accounts in dollars lost between June 13 and July 13 USD 485 million. It cannot be said that there is a massive withdrawal of deposits, much less because it is a minimum percentage within the USD 15,141 million deposited, but they are dollars that companies use to import or pay debt or to which travelers use to make a difference of almost $50 between the solidarity dollar that was quoted at $237.63 against $285 of the “blue” taking the value of free market purchase. There are not a few who sell their ticket dollars to pay the card in pesos and lower the cost of the trip by 20%. But doing away with this dollar would shoot straight into the blue.

For example, if they want tourists to pay for the card in MEP dollars, there will be more demand for those dollars and the exchange rate will become more expensive. If they suspend the savings or solidarity dollar, they will add clients to the free market and the “blue” will enter unexpected dimensions.

Touching Cedears operations, as rumored, will have the same effect because they are used as a hedge against devaluation. Needless to say, any of these measures would end in a forced devaluation of the local currency.

Despite all this, the Stock Exchange was able to stay in its bubble and avoid the bad mood of the New York Stock Exchanges. The S&P Merval rose 1.16% in pesos and 0.4% in dollars. The amount of business fell to $997 million and the engine of the rise was the actions of the banks that grew more than 4%.

The ADR’s -certificates of holdings of shares listed on the New York Stock Exchange- operated a volume close to the record of $7,262 million. The market expanded because 16 new certificates were added to the ADR menu, including those from Ford and Airbnb. Among the ADR’s stood out They are gloating (+7,7%), French Bank (+4,6%) y Tenaris (+4,4%).

Today will be another intense day. The Minister of Economy Silvina Batakis it continues without exhibiting the political support it needs to face this crisis. The head of the Central Bank seems to hold the power that the minister should have. The market makes a reading of what is happening and transfers the conclusions to prices.

For instance, the bonds dollar linked (tied to the wholesale dollar price) and those that adjust by CER, had almost no price variations yesterday. They were relegated by the dollar bill in all its forms.

Alberto Fernández targeted those who buy dollars to travel and legally transfer foreign currency abroad
Counted with liquidity in the sights: three negative scenarios for the Argentine economy if restrictions are further increased
Dollar today: the “counted with liqui” reached a record of $305 and the exchange rate gap approached 140%
The BCRA sold 130 million dollars in the foreign exchange market, half of the volume operated