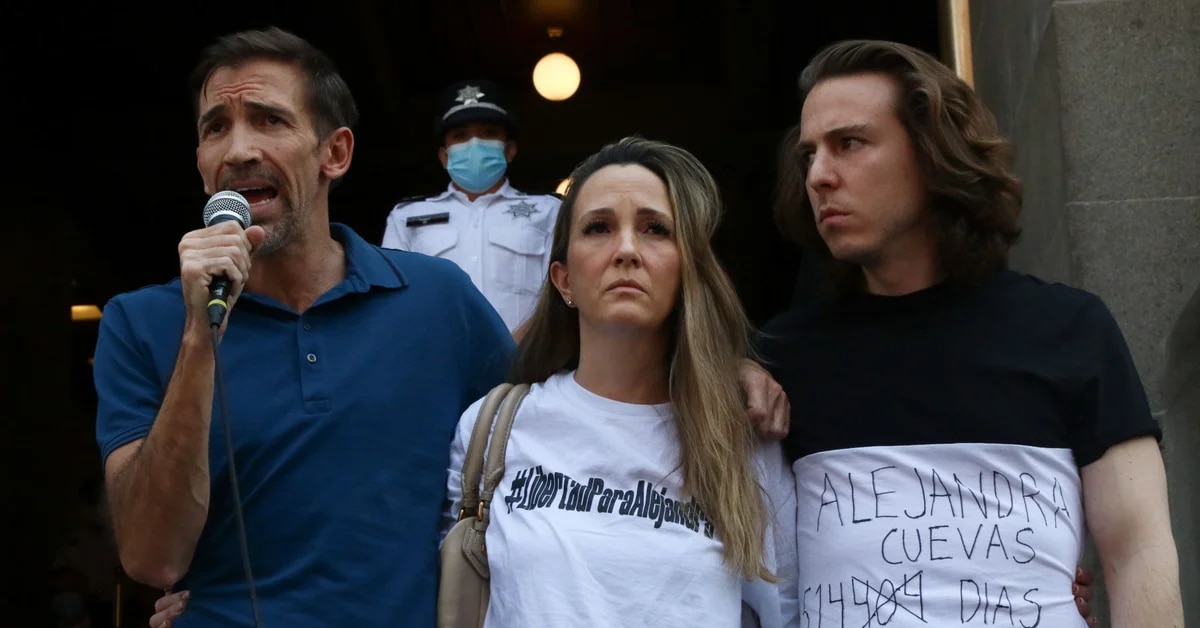 For Alejandra Cuevas (Mexico City, 69 years old) to regain her freedom on March 28, after 528 days in prison for a crime that does not even exist, it was key the revelation of a telephone call between the Attorney General of the Republic, Alejandro Gertz Manero, and his Control prosecutor, Juan Ramos López. In that conversation, the head of the FGR, who was Alejandra’s accusing party, boasted that he practically had the ministers of the Supreme Court on his side – who were analyzing the case at that time – so that his resolution would go to your favour. Now, the same FGR, investigates the children of that woman for the revelation of the audios.

This dialogue was revealed on March 3 in a YouTube account called Psychoanalysis. It later went viral after being shared by various Twitter accounts. Germán Castillo, prosecutor of Regional Control of the FGRtold the journalist Ciro Gómez Leyva this Wednesday, that the department in his charge investigates communicator Mario M., lawyer and activist Nina R., Alonso and Ana (which would be Alonso and Ana Paula Castillo children of Alejandra Cuevas) for having been one of those first users who spread the conversationpointing out that there was clearly no authorization from the participants to do so.

“These are people who have been attacking Dr. Gertz Manero for some time and that is why we consider that there is a concerted operation”, said Germán Castillo, warning that the mere fact of having circulated the videos revealed on YouTube would carry a sentence of 6 to 12 years in prison. “All that first moment and that first circle is the subject of investigations.” Although at no time did he rule on the seriousness of the content of the revelations which, by the way, were never denied by the prosecutor.

Alejandra Cuevas speaks exclusively for Infobae Mexico, after her release from prison

Alonso Castillo confirmed to Infobae that this new investigation is against him, his sister Ana Paula and Nina, who is a romantic partner of his brother Gonzalo, emphasizing that it is nothing more than the continuation of the prosecutor’s persecution against his family, since neither he nor their relatives have committed any crime.

“The Attorney General of the Republic continues to factiously use the country’s resources to carry out revenge and illicit actions against whom Alejandro Gertz Manero wants,” he warned, “we will do what we have always done: defend ourselves with the laws.”

Germán Castillo argued that the investigation is due to the fact that even in freedom of expression and access to information “there are limits” established in the law, citing the sixth article. However, legal specialists consulted by this medium reject that users, much less journalists, can be accused of disseminate information that is in the public interestespecially if “it is a General Prosecutor who admits the performance of illegal acts.”

It is not the only movement that the family of Alejandra Cuevas has verified by Gertz Manero against her after her release. On April 24, Alonso himself was alerted to another investigation folder against him that had been hidden since 2021. It was opened on October 8, 2021 in the FGR itself, it is under the registry FED/FECOC/UE/UEIDAPLE_CDMX/ 0001544/2021 and resides in the same Unit Specialized in Investigation of Crimes Against the Environment and Provided for in Special Laws. Apparently, it also had its origin on the instructions of the Mexican prosecutor. 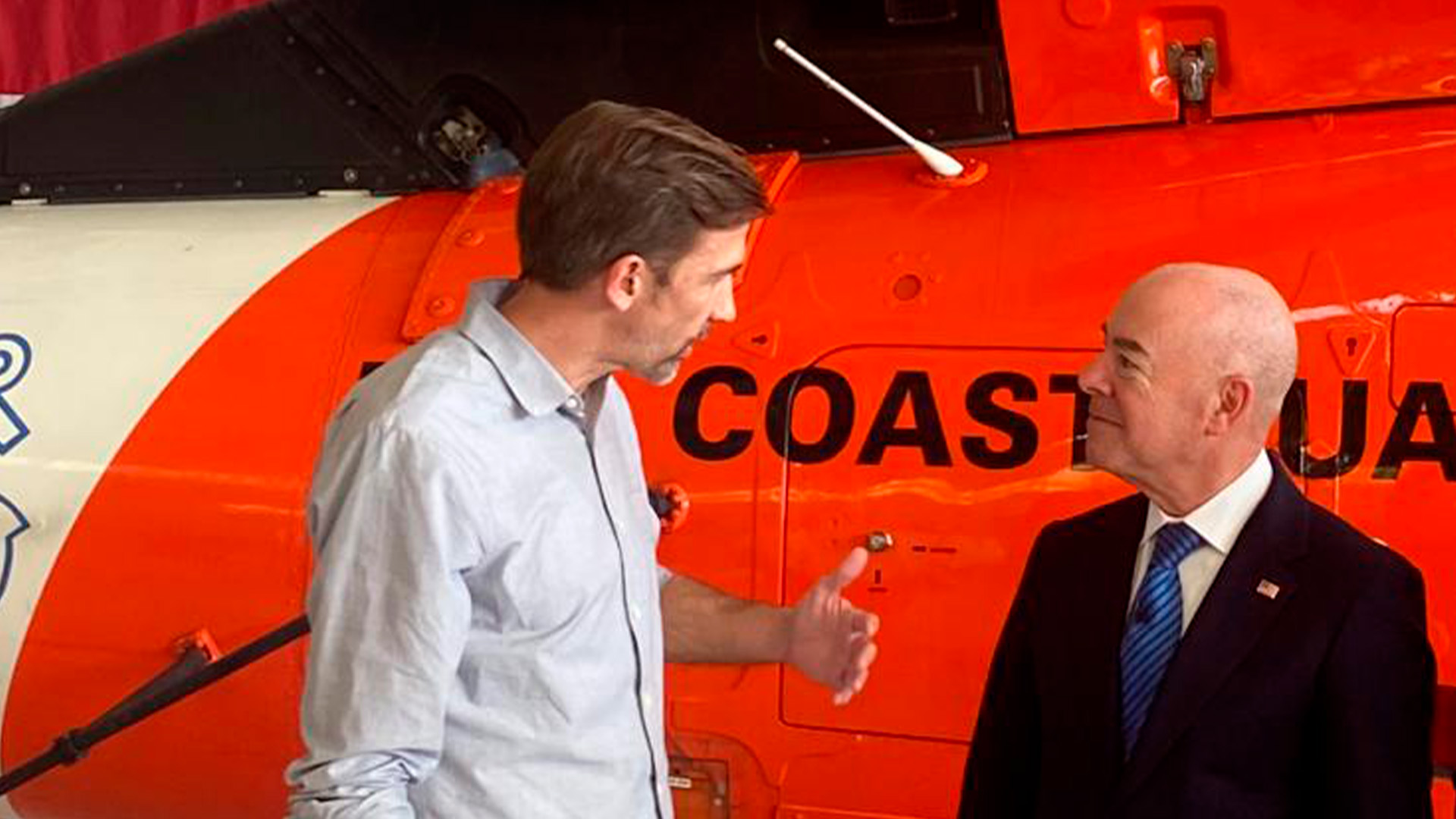 Alonso Castillo, son of Alejandra Cuevas, spoke with the US Secretary of National Security, Alejandro Mayorkas, about his mother’s case (Photo: Courtesy)

We must remember the context of this entire case, a personal matter of the prosecutor Alejandro Gertz against Alejandra Cuevas. She is the daughter of Laura Morán (95 years old, Mexico City) who was the sentimental partner of Federico Gertz Manero, brother of the official, for almost half a century until 2015 when he died due to his deteriorating state of health. Alejandro accused Laura of homicide due to omission of care, as a guarantor, that is, who was in charge of care. He also included Alejandra in his claim as an “accessory guarantor”, a figure that the Supreme Court itself considered simply non-existent.

For years, the lawsuit against both women simply did not proceed because the judges considered that the arguments against them were insufficient. Once Gertz Manero assumed the highest position of justice in Mexico, the charges – among endless irregularities – proceeded and led, for a crime that does not exist, Alejandra Cuevas to be locked up in Santa Martha Acatitla from October 2020 until last March 28.

In recent weeks, the case of Alejandra Cuevas was mentioned by United States senators who called on senior officials in the Joe Biden government for what they considered a “weakened and politicized” justice system in Mexico, due to the actions of the Prosecutor Gertz Manero. To these remarks, President López Obrador only replied that they were “liars”, making clear his already known unconditional support for his prosecutor.

Meanwhile, Alonso firmly maintains: “He thinks he is going to intimidate us, that he is going to continue threatening us… but we will not be silent”.

Students of the University of Guanajuato called a strike after the murder of one of their classmates
AMLO received Gianni Infantino, president of FIFA, together with Emilio Azcárraga and Yon de Luisa
Former ISSSTE workers were linked to the process for irregular payment of 830 million pesos