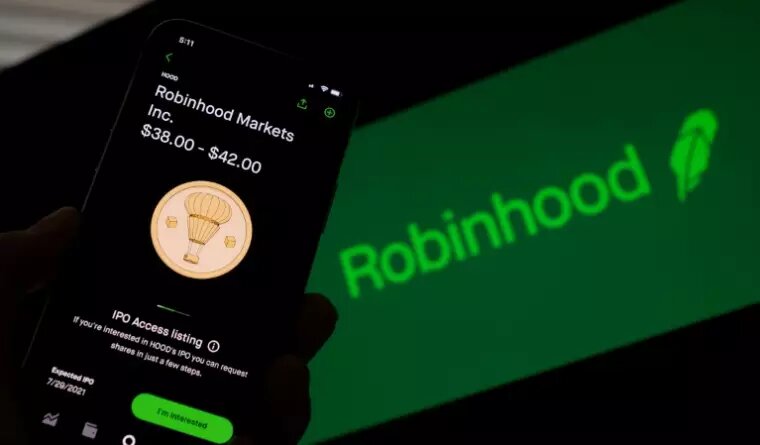 The free broker Robinhood is no longer popular, the group lays off more than 750 people

(BFM Bourse) – The number of active users of the no-fee broker is plummeting as retail investor interest in stocks and cryptocurrencies has largely fallen with the market downturn. Robinhood will thus separate nearly a quarter of its workforce, after a first wave of layoffs last April.

US online brokerage platform Robinhood is to lay off 23% of its staff, or more than 750 people, as interest in the stock market and cryptocurrencies has largely declined from the boom seen during the pandemic.

“Last year, we recruited on the assumption that the appetite for the stock market and cryptos seen in the Covid era would continue in 2022,” boss Vlad Tenev explained in a letter to employees posted on the company’s blog.

The Californian company had already laid off about 9% of its workforce at the end of April, after seeing the number of active users drop by 8% between the third and fourth quarters of 2021. It also indicated that it would focus on cost control. “It was not enough”, notes Vlad Tenev in his missive addressed to the “Robinhoodies” (the “Robinhoodiens”, pun between Robin Hood and “hoodie”, which means hoodie).

“Since then, we have seen the macro-economic environment deteriorate even more, with inflation at its highest in 40 years, accompanied by a collapse of the crypto market”, he explains. “This has further reduced our customer base and assets under our control.”

The platform that went public a year ago retains around 2,600 employees, after having dismissed some 1,100 people in all. This second wave of layoffs will concern all trades, but primarily operations and marketing, said the boss.

Turnover down 44% over one year

According to its quarterly earnings release on Tuesday, the service had about 15 million monthly active users at the end of June, 28% less than last year. Its turnover plunged by 44% over one year.

Faced with the cryptocurrency crisis, several investment platforms specializing in these volatile currencies have recently declared bankruptcy. And, more generally, many technology companies have slowed the pace of hiring or fired staff, faced with the unfavorable economic context.

Shopify, an online sales platform, announced last week that it was laying off 10% of its employees, or about 1,000 people, because the mass adoption of e-commerce during the confinements did not translate into such a rapid change in the habits as she hoped.

Although short, the history of Robinhood has already been marked by several controversies. Its founders have repeated that they want to “democratize access to finance”, but their economic model is worrying, because the platform finances the absence of commissions by subcontracting its large volumes of orders to intermediaries who remunerate it. A legal practice, but opaque and potentially a source of conflict of interest.

“We have made significant progress in establishing cybersecurity and legal compliance programs, and we will continue to make this work a priority, in the interest of our customers,” reacted Cheryl Crumpton, a Robinhood lawyer, contacted by AFP. “We remain proud to provide a more accessible and cheaper platform to buy and sell crypto,” she added.

Robinhood rose to global prominence in January 2021, during the GameStop saga, which saw thousands of small shareholders drive the stock of this chain of video game stores from 17 to almost 500 dollars in a few days. Unable to manage the flow of orders, Robinhood had to block certain transactions, at the risk of imploding itself, provoking the ire of many stockbrokers.

The company’s stock has lost almost half its value since the start of the year and 70% since its IPO in July 2021.