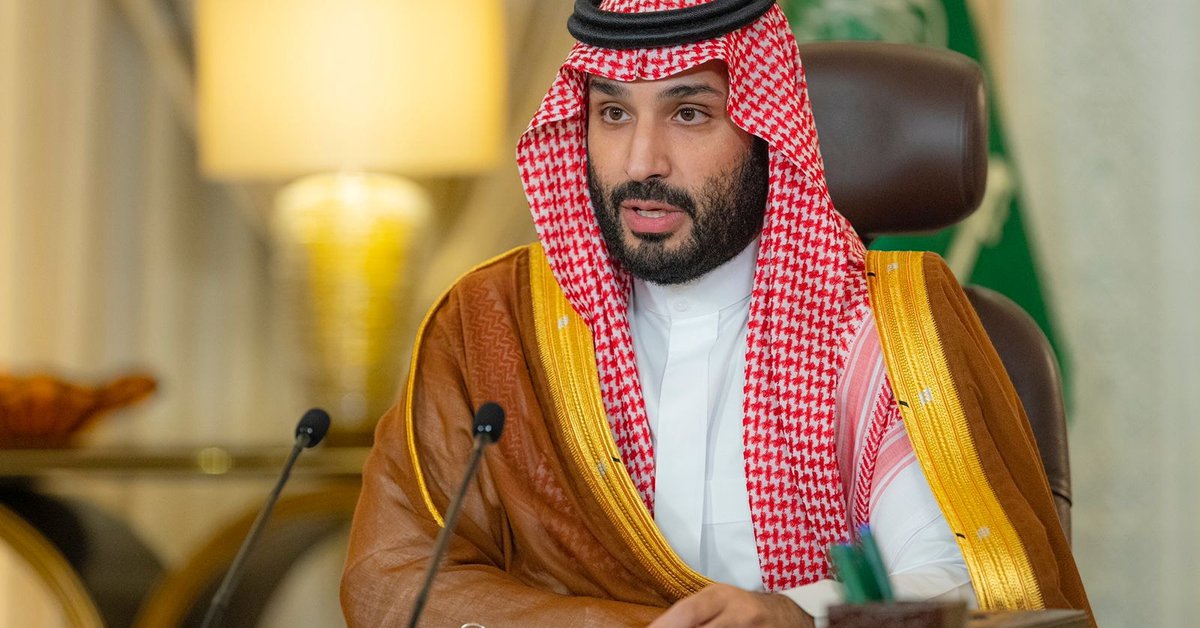 A former Saudi Arabian spy chief, who once helped oversee terrorism-fighting efforts with the United States, said in an interview with “60 Minutes” that the Crown Prince once fantasized about killing a Saudi monarch before his father was crowned king, without presenting evidence.

Saad Al Jabri has lived in exile in Canada since 2017. Among his statements on television, he reported that in 2014 Prince Mohamed boasted that he could assassinate the then King Abdullah, shortly before he died of natural causes. At that time, the prince did not have a high-ranking position in the government, but he controlled access to his father’s court when he was still an heir to the throne. The current King Salman ascended to the throne after the death of his half brother.

Following the 2018 murder of journalist Jamal Khashoggi at the Saudi Arabian consulate in Istanbul, Turkey, Al Jabri said he was warned that a team from his home country had traveled to Canada to kill him.

He was advised that “Don’t be near any Saudi mission in Canada. Don’t go to the consulate. Do not go to the embassy “. When he asked why, they told him that “They dismembered the guy, they killed him. You’re at the top of the list. ”

The Saudi government previously denied that there had been an attempt on Al Jabri’s life in Canada. According to it, a six-person team landed at the Ottawa airport in mid-October 2018, lied to Canadian border officials about knowing each other and brought suspicious equipment for DNA analysis. The team was deported after being intercepted by authorities at the airport. The Canadian government has said: “We are aware of incidents in which foreign actors have attempted to threaten those living in Canada. It is completely unacceptable. “

He used the interview to warn Prince Mohamed bin Salman that he recorded a video revealing more secrets from the crown, and some from the United States. A short silent clip was shown to “60 Minutes” correspondent Scott Pelley. The video, Al Jabri points out, could be released in the event that he is assassinated.

It is the most recent attempt by the former official to try to pressure the 36-year-old prince, who according to Al Jabri’s family he has arrested Sarah and Omar, two of his sons and is using them as pawns to force his father to return to Saudi Arabia.

Both wanted to return to the United States to continue their studies, but the police prevented them and imprisoned them for months. Once released, they received sentences of 9 and 6 1/2 years, along with fines and a 10-year bar from leaving the country.

Sarah and Omar Al Jabri, imprisoned as part of the Saudi government’s fight against their father

“I have to talk. I call on the American people and the American administration to help me free those children and restore life to them. “Saad said. He claims he has support from the United States, where former intelligence officials have credited his counterpart, with helping save American and Saudi lives after the September 11 terrorist attacks in the United States.

Mike Morell, a former CIA chief, said Al Jabri was an “honorable” professional. The intelligence transmitted to the United States by him would have led to the interception of bombs that Al Qaeda had placed in 2010 on two desktop printers that were transported as cargo on two planes.

Returning to his country, Al Jabri He faces possible mistreatment, imprisonment or house arrest as his former boss, he was once an influential Interior Minister, Prince Mohamed bin Nayef, whom Mohamed bin Salman expelled from the line of succession in 2017.

Al Jabri, 62, says the crown prince He will not rest until “seeing me dead” because “he is afraid of my information”, and described Prince Mohamed bin Salman as “a psychopath, murderer, who does not feel emotions and never learned from his experiences.”

The crown prince sparked worldwide outrage after it came to light that some of his assistants assassinated Saudi detractor Jamal Khashoggi inside the Saudi consulate in Turkey in October 2018. After the Turkish authorities leaked the recordings inside the consulate, the Saudis assured that it was an attempt to force Khashoggi back to the country, and that things went wrong. Anyway, Al Jabri denied having been aware of the operation, despite a US intelligence assessment indicating otherwise.

The former spy said that, in a meeting in 2014 with Prince Mohamed bin Nayef, who was leading the intelligence services in his role as Interior Minister at the time, Prince Mohamed bin Salman – much younger than Bin Nayef – He pointed out that he could assassinate King Abdullah to make way for his father to the throne.

“He said (to Bin Nayef): ‘I want to assassinate King Abdullah. I get a poison ring from Russia. All you have to do is shake your hand and you’re done. ‘”, reported Al Jabri, and assured that the Saudi intelligence took the threat seriously. The issue was handled within the royal family, he added. He also assured that there is still a video of the meeting.

The Saudi government told CBS News that Al Jabri is “A discredited former government official with a long history of fabricating and creating distractions in order to hide the financial crimes he committed.” The government has issued extradition requests and notices to Interpol that capture Al Jabri, claiming he is wanted for corruption.

Al Jabri argues that his wealth comes from the generosity of the kings he served, while the prince accuses him of keeping 3,500 million dollars.

The war between the Saudi prince and his former spy chief with two children of hostages and $ 3.5 billion in dispute
They revealed how the members of the Saudi command that assassinated Jamal Khashoggi were trained
Saudi Arabia launched six mega-projects of a development plan for USD 7 trillion