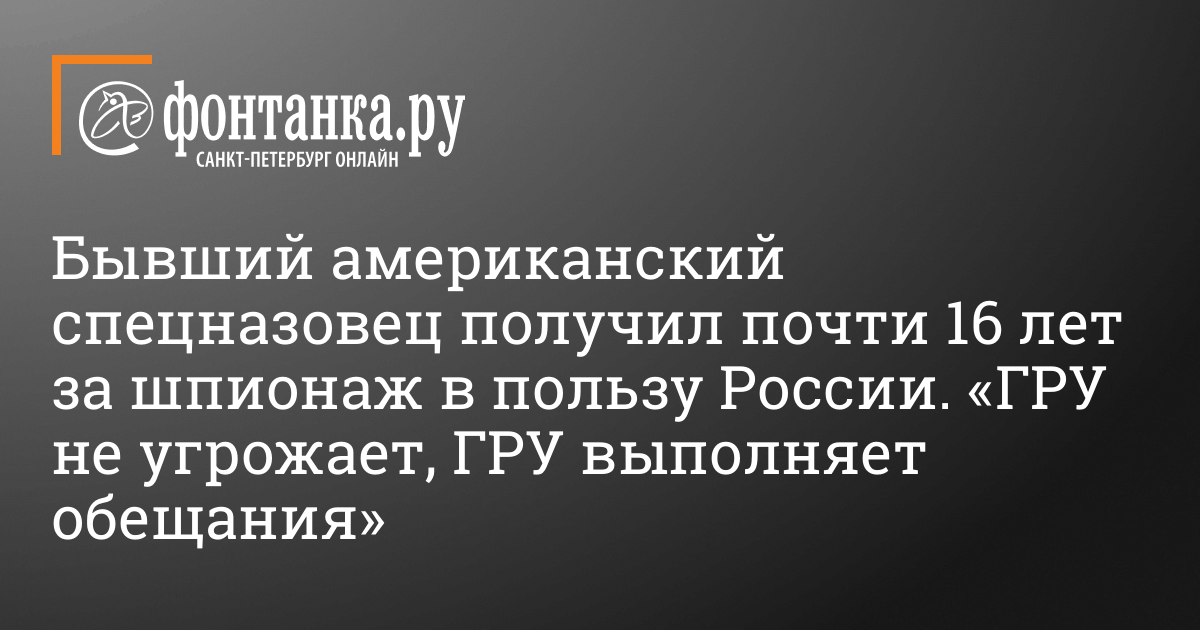 A Virginia state court in the United States sentenced former Special Forces soldier Peter Dzibinski Debbins to 15 years and 8 months in prison for giving up military secrets to Russia. AP News writes about this on May 14.

Debbins pleaded guilty late last year. Today he apologized for espionage and stressed that he had become a victim of blackmail by the Russian GRU. The former special forces soldier is afraid of revenge by the Russian special services. “I suffered in silence for 25 years. The GRU does not threaten, the GRU keeps its promises, ”Debbins said.

The lawyer of the ex-special forces soldier insisted that he caused minimal harm to the United States. The defense claimed that Russian counterparties threatened to disclose Debbins’ homosexual relationships at a time when gay men were allowed to serve in the American army only if they were hiding their orientation. Prosecutors noticed that during the interrogations the suspect did not speak about this, and assumed that he had invented the explanation.

The arrest of Peter Debbins became known in August 2020. According to the investigation, he maintained contacts with Russian intelligence from 1996 to 2011. Debbins allegedly passed on classified information to the GRU about his previous activities while serving in the American special forces.