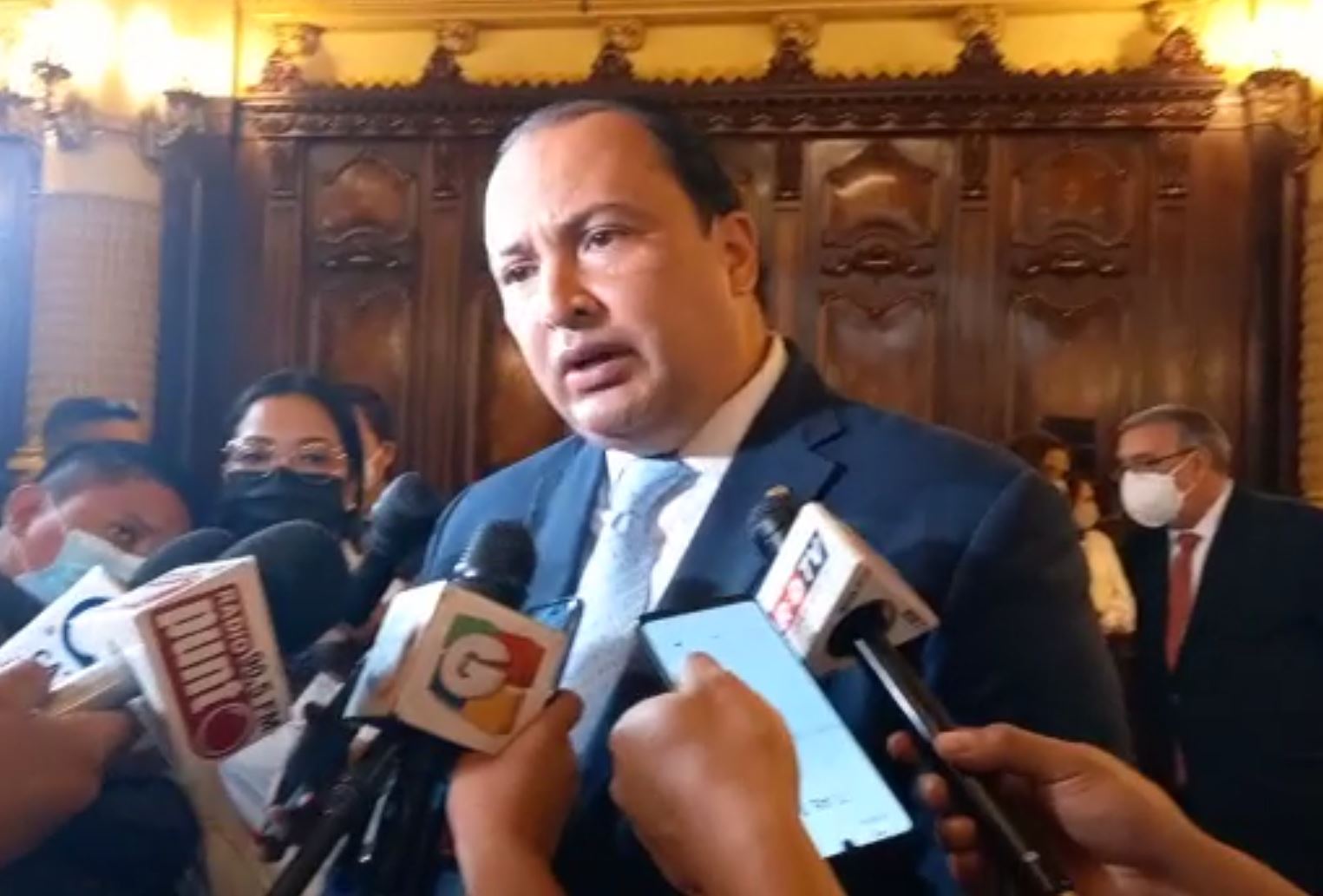 The Foreign Ministry does not clarify the request for USAID to leave Guatemala, but affirms that they are negotiating the destination of funds

The Minister of Foreign Affairs of Guatemala, Mario Búcaro, spoke to journalists this Monday, May 30, and was asked about a recent publication by the United States Heritage Foundation, which states that President Alejandro Giammattei has decided to ask the United States Agency for United States for International Development (Usaid) to leave Guatemala for promoting “indigenism”, a practice that Ambassador William Popp is also committing.

Minister Búcaro was asked if there has been rapprochement with the US on this issue and he replied that they have “the best dialogue not only at the embassy level but also with Washington.”

He pointed out that they are working with USAID to see each of the programs they have, because they understand the positive impact they have on society and the elements that can continue working together in the face of readjustment.

“We have to understand that the world changed after February 24 – due to Russia’s invasion of Ukraine – and it is part of what the Finance Minister said that it is not only the issue of the route, but also to follow the route based on the elements.

He commented that a cyclonic season is now approaching with more than 19 confirmed hurricanes, and that floods have already been experienced, so they must also direct aid to specific programs that serve people first-hand and reach the needs of the people.

When asked directly if they were thinking of expelling USAID from the country, Búcaro did not respond directly, and pointed out that: “we are working fully with the Embassy, ​​we are working with the teams to prioritize and establish which are the most efficient programs that we need in this new crisis”.

See also  Panic in case of fire in Vienna: Residents wanted to jump into the depths

He was insisted on whether the issue of USAID and its presence in Guatemala was being analyzed and he affirmed that they always have an open dialogue and that they have always had it and that they are working, not only with USAID, but with other cooperation programs such as the Spanish one. , the European Union and with all the actors on a permanent basis.

The Heritage Foundation published an article entitled: “The Biden administration placates Latin American enemies while hitting American friends” and which is signed by Mike González and Mateo Haydar, linked to the Heritage Foundation, and it indicates that the authors They met with the Guatemalan president at the Presidential House on April 26, a meeting in which Giammattei reportedly said that “the Biden administration has been trying to destabilize his government.”

The publication details that, during that meeting, Giammattei accused the US ambassador to Guatemala, William Popp, “of meeting with indigenous leaders” to plan to overthrow him.

“‘They want to overthrow my government,’ he told us both in Spanish, using the unequivocal verb ‘overthrow.’ Giammattei told us that the Biden administration was trying to introduce in Guatemala a version of the multiculturalism that the administration and its internal government allies push in the US,” the article states.

Guatemala has not yet defined who will attend the Summit of the Americas, because President Giammattei has not confirmed

He adds “that is what is known as indigenism, a nationalism that prioritizes the tribe over the nation-state in the same way that critical racial theory exalts the racial category in the United States.”

“Giammattei told us that he has already decided to ask the US Agency for International Development to leave Guatemala for its promotion of indigenism,” the letter continues.

It goes on to say that “a review of USAID programs confirms that the agency is largely targeting work with indigenous groups and other left-wing activist groups and non-governmental organizations that business leaders tell us do little to promote, if they do not directly interfere, the growth and direct foreign investment in Guatemala”.

It adds that “Giammattei said the reason the Biden administration, zealously pro-abortion, despises his government is that it is unequivocally pro-life.”

According to the article, the president said that “I have closed all the spaces to the left. That’s why they don’t like me ”, while denying the accusations of corruption, which increased after he appointed Consuelo Porras as attorney general, sanctioned by Washington.

The authors of the letter claim that “Giammattei complains of being harassed by the White House, the State Department and Vice President Kamala Harris.”

The Government of Guatemala admitted on May 26 that the president met with representatives of said foundation, but did not respond as to whether the expulsion of Usaid is a fact or not.

“The Secretariat of Social Communication of the Presidency confirms that the meeting took place in the Presidential House. In it, a series of actions were addressed as a central point of the agenda through which the Vienna Convention in Guatemala has been violated, which have been made known in a timely manner and through the corresponding channels, ”said the Government.

It adds that “both parties agree and share the concern about the need to make the financing mechanisms of cooperation agencies transparent, within the full exercise and safeguard of the country’s sovereignty.”

Also read: The Heritage Foundation: what issues does the foundation that invited Giammattei to give a speech address

He also pointed out that “it should be mentioned that in the process of translation and interpretation of the aforementioned meeting, terms with different interpretations arise in the context in which they were expressed; however, the objective of the meeting was due to a genuine interest of both parties to seek relations within a framework of cordiality and in strict respect for our national sovereignty”.

He adds that regarding interpretation, the term “indigenous people” is interpreted by those of the Heritage Foundation according to their perception of the subject.

They remember that it is a term that in the United States is used to vindicate the original populations of America and that this is seen even when in some cities they have changed the “Columbus day”, in October, for an “Indigenous people day” and that it is a positive connotation of community claim.

Also read: Giammattei says that he will not participate in the Summit of the Americas organized by the US and asks for respect for sovereignty

They add that this is what they mean in that in the translation different interpretations of some terms may arise in the meeting.