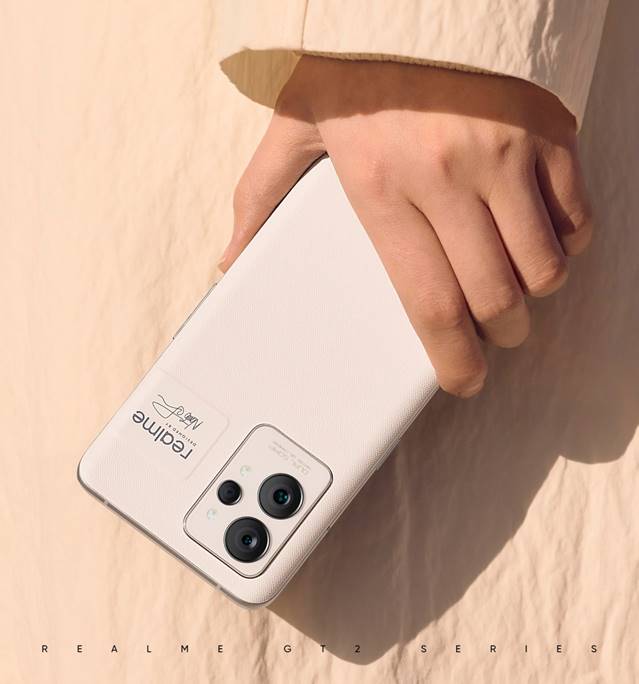 The Chinese company realme announced that the start of sales of its premium flagship series of smartphones realme GT 2 in Russia is scheduled for the first quarter of 2022. GT 2 Pro buyers will get a smartphone equipped with advanced technologies, including a 2K Super Reality Display, the latest Qualcomm Snapdragon 888 5G chipset with stainless steel vapor cooling, a triple 50MP camera with a unique 150-degree lens and 360-degree NFC- chip.

Recall that the appearance of realme GT 2 Pro was developed by industrial designer Naoto Fukasawa, who has collaborated with the company more than once, for example, when creating the realme GT Master Edition model. The design of GT 2 Pro, the world’s first smartphone with a bioplastic body, is based on the concept of combining art and respect for the environment.

The body of the GT 2 Pro uses biopolymers developed by Sabic, which emit 63% less carbon dioxide during production, compared to materials from fossil raw materials. Similar to paper, bioplastic goes through several stages of processing, turning into a stable and durable material. Sabic biopolymers have passed the Environmental Sustainability and Greenhouse Gas Emissions (ISCC) certification, as well as other environmental certifications such as REACH, RoHS and EPEAT.