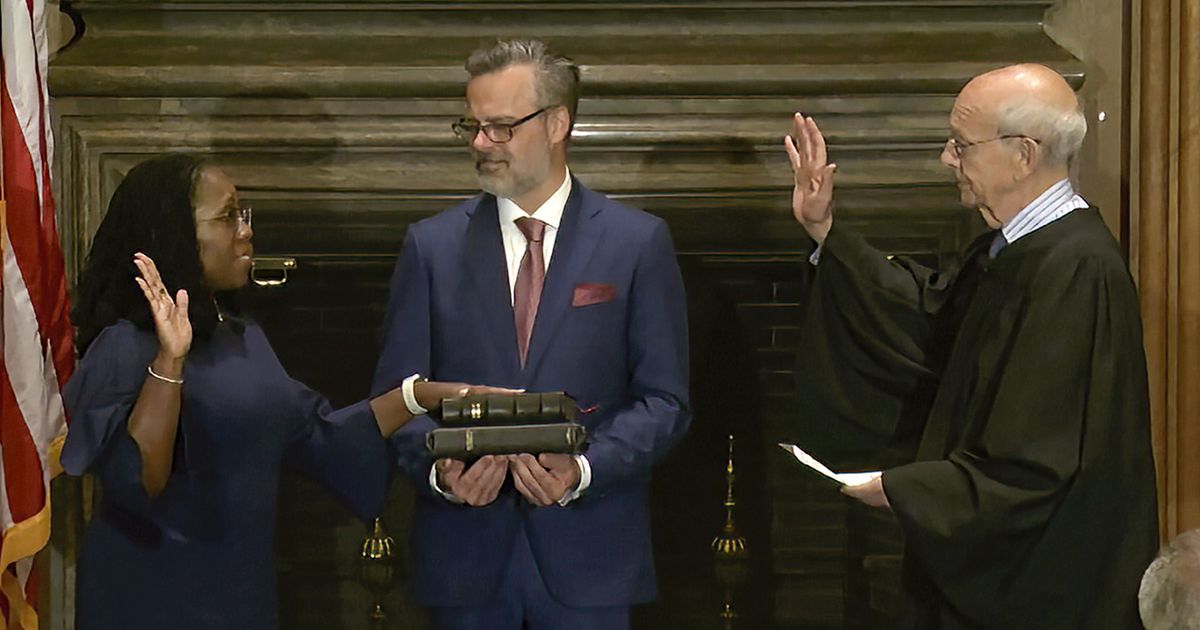 The first black female judge is sworn into the Supreme Court

Washington — Ketanji Brown Jackson was sworn in as a Supreme Court Justice, marking a milestone by becoming the first black woman on the nation’s highest court.

Jackson, 51, is the court’s 116th judge and on Thursday took the place of Stephen Breyer, a justice for whom she once worked and who has retired.

Accompanied by her family, Jackson recited the two oaths required for Supreme Court justices, one administered by Breyer and the other by Chief Justice John Roberts.

“With all my heart, I accept the solemn responsibility to support and defend the Constitution of the United States and administer justice without fear or favor, so help me God,” Jackson said in a statement released by the court.

Roberts welcomed Jackson “to the court and to our common calling.”

Jackson, a federal judge since 2013, will join three other women — Judges Sonia Sotomayor, Elena Kagan and Amy Coney Barrett — the first time four women will serve together on the nine-member court.

Biden nominated Jackson in February, a month after Breyer, 83, announced he was retiring. The Senate confirmed Jackson’s nomination in early April.

Jackson will be able to start work immediately, but the court will have completed most of its work until the fall apart from occasional emergency appeals. That will give you time to settle in and familiarize yourself with the nearly two dozen cases the court has already agreed to hear starting in October, as well as the hundreds of appeals that will pile up over the summer.

See also  Texas sends immigrants by bus; many are happy to go

One of the most important decisions of the court was known on Friday, when it annulled the guarantee of the right to abortion.